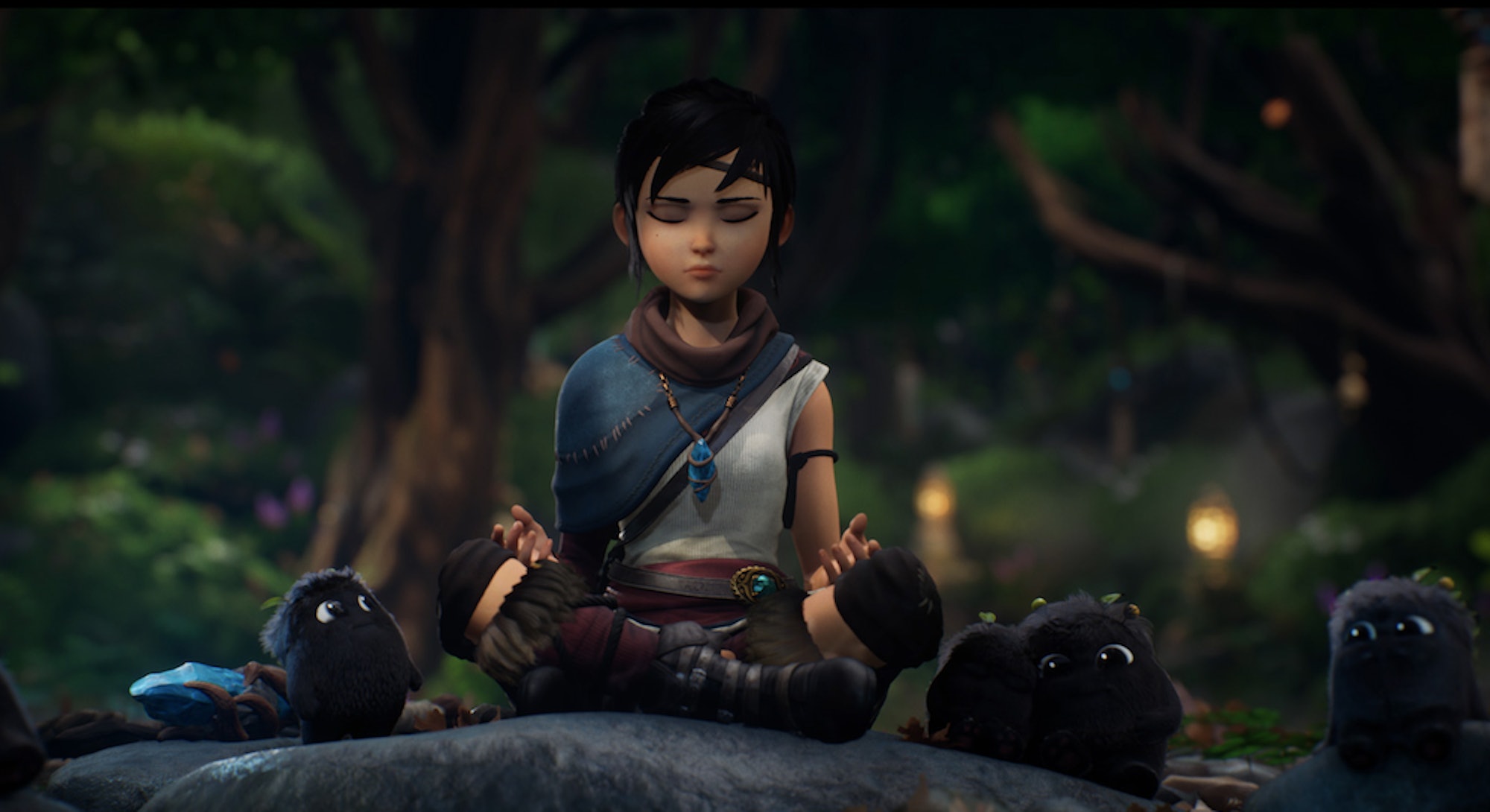 For the first time, eight of the festival’s Official Selections for 2021 are video games, a mix of widely anticipated and lesser-known titles. Tribeca Games will spotlight Kena: Bridge of Spirits, Harold Halibut, Sable, Lost in Random, NORCO, The Big Con, Twelve Minutes, and Signalis.

This year’s event, which runs from June 9 until June 20, seeks to shift the focus away from splashy graphics and chart-topping blockbusters, shining a light on the unique narratives the medium can bring to life, says Tribeca Games Vice President Casey Baltes.

“The goal here is not to create a comparison, so we never really like to say “games versus film.” Each of the mediums we celebrate has strengths in its own right,” Baltes tells Inverse. “We’re really trying to explore storytelling in the broadest sense, and emphasize that storytelling in a game is not just cinematic fidelity.”

That emphasis on storytelling and the creative process sets Tribeca Games apart from the bigger, louder games industry event happening in early June — E3. For the festival’s co-founder and CEO Jane Rosenthal, this year marks the beginning of Tribeca’s deeper engagement with interactive entertainment.

“From the beginning, Tribeca Games set out to elevate the art and story of games and to create something different from pre-existing games festivals. We’ve worked for a number of years to have a full-blown games competition, highlighting the talent and voices from the industry holistically,” Rosenthal tells Inverse. “With the advent of games as Official Selections this year, we’re focused on the creators, the process, the storytelling and the intersection between games, entertainment and culture and we expect our support of games to grow even further in the coming years.”

Ahead of the Festival’s kickoff on June 9, we spoke with Baltes about the eight games chosen as Official Selections, the logistics of building a mostly remote gaming event, and the festival’s unique perspective on the medium.

What message did the team hope to send by giving games a larger presence at the Festival?

We really look at Tribeca Games as expanding the dialogue within the cultural sphere about games as an artistic medium. What we're trying to do is really establish that, enhance that, and expand into that in the future.

What are some of the criteria for Official Selections?

In 2011, Rockstar’s LA Noire was the first official selection. In previous years, we've been able to highlight some games through special events and conversations. This year, the official selections have expanded to eight games. They all had to be pre-release games, so that they could have their premiere here at Tribeca. The lens through which we’re looking at these games is artistic excellence and storytelling.

What does the advisory board do?

They're really here to work with myself and leadership to supply and support a vision for expansion. They also lend their advocacy and support in terms of helping us to promote and amplify the work that we're already doing. Often it's tapping them with questions, gut checks, and ideas for things that we could do in the future.

What perspectives were important to include among members of the board?

We really try to make it a blend of both cultural experts on the film side and the game side, who are really interested in the intersection of the space. So you have people like John Favreau, who is a filmmaker and also very well versed in games, and using games technology to create The Mandalorian. Then you have people like Geoff Keighley and Sam Lake who are games industry-based, but have demonstrated interests and a willingness to understand and sort of blend the two mediums.

Has the overlap with E3 been a point of concern?

We certainly have an awareness of the calendar, for sure. Our whole goal is to really just lean into our identity as storytellers, and exploring games and the intersection between the mediums. We’re looking to place a stamp on our identity within the space.

Take me through the process of setting up all these remote game demos.

We are working closely with Parsec, as well as bringing in a few teams to really look at it from a technical and security standpoint. We really wanted to create an experience that, from tip to tail, did justice to both the player as well as the game itself.

Parsec is a one-to-one server so we were really able to build the infrastructure on the back end to be able to support each one of the games. I think our strength is that we're able to lean in and rely on eight titles versus 800 titles. It's not necessarily about the quantity, it's much more about the quality of the experience on the back end. That afforded us a little more time to really be able to make that experience work well.

Did you plan early on for 2021’s festival to have a significant online component?

How do you measure success for an event like this?

It’s really in the response from the industry and from the creators and teams behind the games themselves. We want to really emphasize and look at these creators as artists, all the way through the festival. Leaving them feeling like we did their game justice is really what we're looking for in terms of success.

What sort of feedback have you had from the creators behind the Official Selections?

They also saw this as a really interesting space to premiere their games, because it really is about the overall conversation and not just, you know, a demo of the game. I think they really appreciate that sense of validation within the space, and how we perceive their games in terms of art.

How far out do you start thinking about next year?

We pretty much immediately start to plan the next year, maybe after 24 hours of sleep! We're always looking for feedback from the creators, the players, and the industry to see how we can do it better.