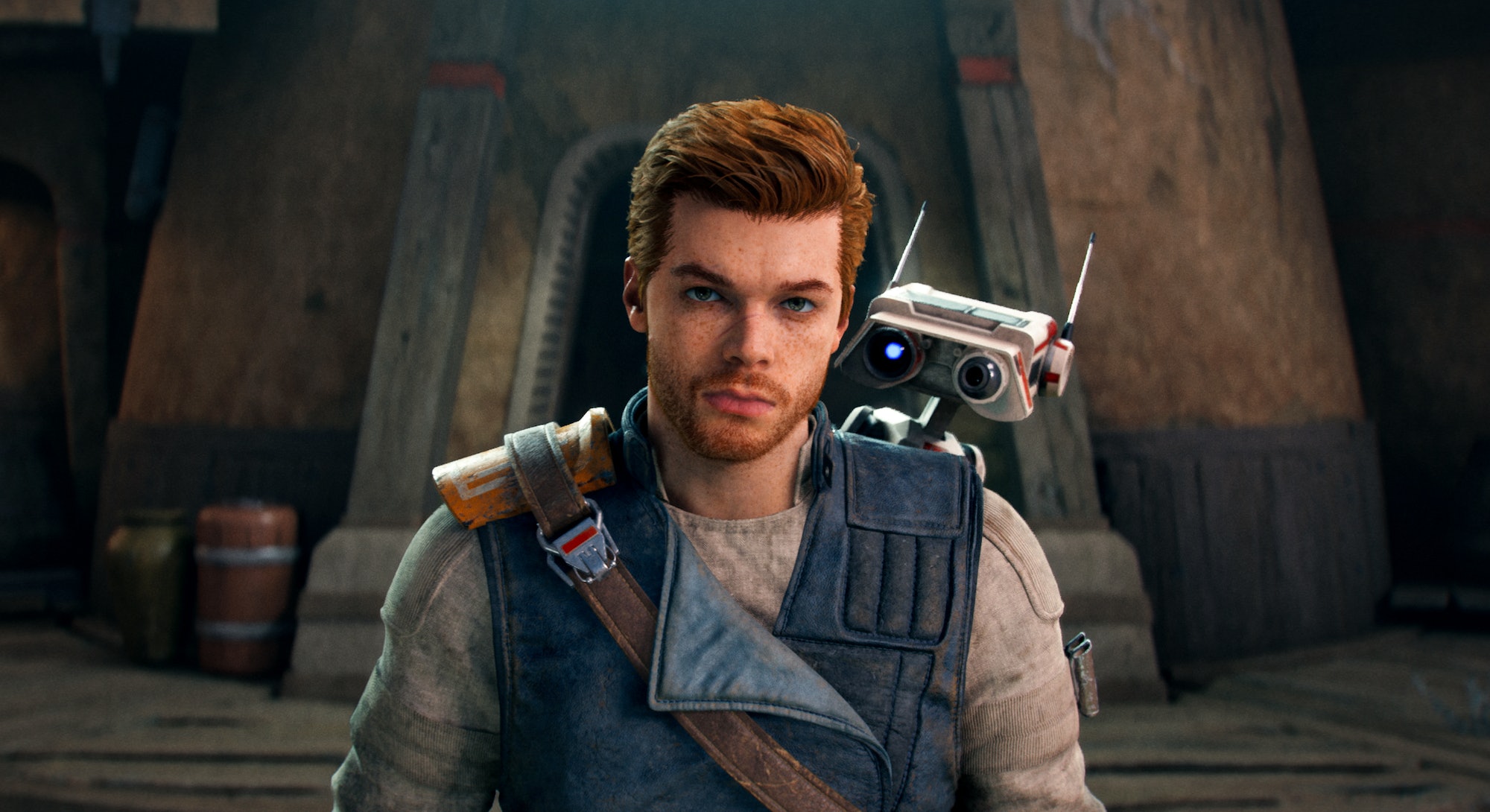 The hunt is on.

Star Wars Jedi: Survivor, the sequel to EA’s 2019 game Star Wars Jedi: Fallen Order, finds our hero Cal Kestis in unenviable circumstances. Five years after the events of the first game, the rogue Jedi is on the run from the Galactic Empire, and the plucky resolve we saw from him in the first game is wavering a bit.

Cal has has grown a bit more world-weary, he has a bit of a darker outlook and edge to him,” Cameron Monaghan, who plays Cal in both games, tells Inverse. “His cause is becoming seemingly more and more hopeless with each day passing. So he's trying to fight against it in any way he can. But how do you fight something that is so large and overpowering?”

Fallen Order sees Cal and his companions chasing down a Jedi holocron, which contains vital information about the remaining Force-sensitive children in the galaxy. Their aim is to keep those youngsters safe from the Empire’s extermination force known as the Inquisitors, and hopefully rebuild the Jedi Order that had been demolished after Order 66. Cal infiltrates Fortress Inquisitorious — and even faces off against Darth Vader — in order to secure the holocron. Yet once he manages to escape to safety, he makes a surprising decision about what to do next.

“Their destiny should be trusted to the Force,” Cal says, igniting his lightsaber and destroying the holocron.

Survivor picks up five years later, and the situation for the remaining Jedi has only gotten worse. Cal is accompanied by his loyal droid buddy BD-1, but the early hours of the game find him crash-landing the Mantis on an unknown (and yet unnamed) planet without his other companions.

“He has a bit of a darker outlook and edge to him.”

“Something that Cal has always had is this hope — there is still the spark of something in him that causes him to continue to fight. And I think that he feels that flame in him. But it’s starting to flicker. And that is a terrifying thing for him. So we're exploring that, and what it does to his relationships, and the people that he has in his life,” he says.

Ever since the first three movies, Star Wars has added complexity and nuance to our perceptions of the Jedi Order. Sure, they’re the good guys, but it’s also plain to see how the restrictive codes of conduct from the council lead to Anakin’s fall to the Dark Side in the prequels. Monaghan suggests that Cal will struggle with those trouble spots of the Jedi philosophy throughout the course of Survivor.

“We are exploring the fact that a binary thinking of morality is inherently flawed, and something that has always been a weak point from the institution of the Jedi,” he says. “One of my favorite questions that has been of asked beyond the initial trilogy, is what does it mean to be on the light side, what does it mean to be a quote-unquote “good” Force user? That is something that we're exploring with the story — what happens when you want to do good, but you don't necessarily have the right answer?”

If you found Fallen Order to be a bit of an emotional roller-coaster, you might want to buckle up. Monaghan says the sequel heightens the sakes significantly. Cal’s got a lot more to prove — and more to lose, too.

“The first story definitely had some big emotional moments. And we build upon them in a pretty significant way in this one. There were a couple scenes and a couple of moments that gave me chills. This game has huge emotional highs and lows,” Monaghan explains.

“There's a lot of joy and adventure to be found in Jedi Survivor. But I think the moments that speak the most to me are the ones that are really, really moving. I might have shed a few tears on a couple days! This story means a lot to me, and I can't wait for people to see what we did with it.”