How the 'Star Wars Eclipse' controversy sparked a movement 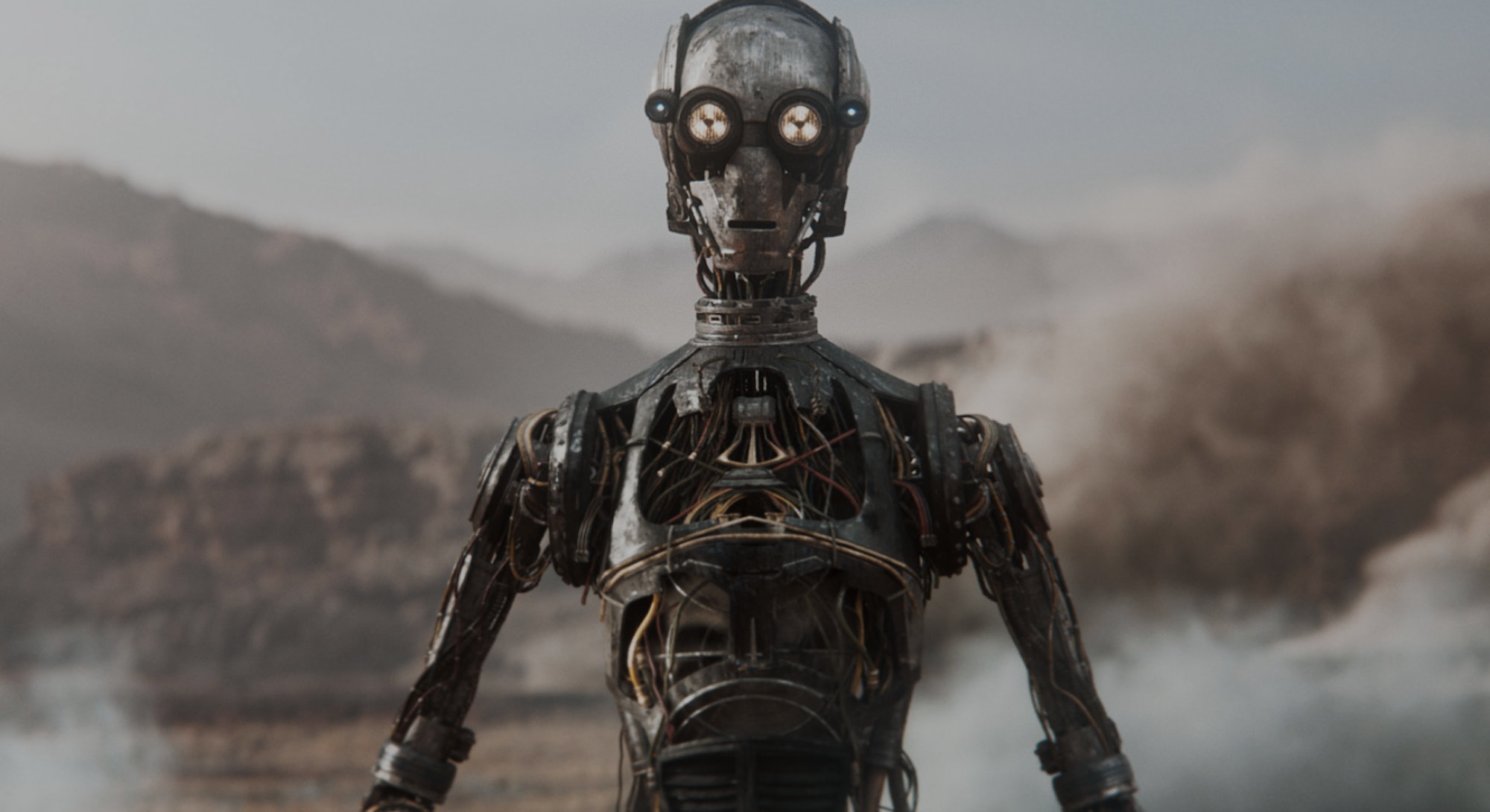 That’s a common sentiment among queer Star Wars fans, an often overlooked but passionate group that includes Bryan Barry, co-host of the Pink Milk podcast. Lucasfilm and its parent company Disney have struggled with representation before, but the reveal of Star Wars Eclipse, a new video game from the controversial studio Quantic Dream, might be the last straw for some LGBTQ+ fans.

“It feels like Lucasfilm is worried they'll offend a larger audience with too much diversity,” Barry tells Inverse. “So they [Lucasfilm] will bring in that audience with those loud drums, a lot of explosions, and a game developer that will play to a very straight and a very white audience.”

A new Star Wars game announcement is usually a reason for celebration, but when Eclipse was revealed at the 2021 Game Awards, it sparked disappointment and outrage due to its association with Quantic Dream. The French studio behind 2018’s Detroit: Become Human is ensnared in long-standing reports of harassment and toxicity, particularly about its founder David Cage. Other recent reports, like a video from freelance journalist Tom Henderson, paint a picture of an already troubled development cycle.

Star Wars Eclipse takes place during the High Republic, a new era introduced in 2020 set roughly 250 years before Episode 1: The Phantom Menace. Outside of a flashy cinematic reveal trailer (included above), very little is known about Star Wars Eclipse, although the official site describes it as a “new action-adventure, multiple-character branching narrative game.”

With little else to latch onto, the conversation around the game has quickly turned to the developers behind it. In the days following the December 9 reveal, a #BlackoutStarWarsEclipse hashtag sprung up on Twitter and has continued to gain traction ever since.

One of Pink Milk’s first Tweets featuring the Blackout has over 100 likes, while a Tweet from Star Wars Explained in support now has over 6,500 likes and nearly 2,000 retweets. Star Wars fans both familiar with Quantic Dream and those only learning about it for the first time flocked to the hashtag, which was spearheaded by members of various podcasts like Pink Milk and Krypton to Alderaan.

Quantic Dream is currently embroiled in an ongoing legal battle with French media over the public portrayal of the studio. Some reports state that Cage has said things like “In my games, all women are whores” and “At Quantic Dream, we do not make games for fags.” With that kind of info circulating over the last year, it’s easy to see why many Star Wars fans would take offense at the studio’s involvement.

“The High Republic is a rich, profound world with a diverse cast of characters, and QD has a track record of making gimmicky games with little substance and a very shallow understanding of human nature,” says Emma Kuehnbaum, a co-host of Pink Milk who also goes by RogueRoseRed. “I am baffled on how they were the ultimate choice when the people who own this franchise were choosing a developer. I'm not sure I can call it a betrayal, exactly, but it seems inept, at best.”

Quantic Dream drew a lot of criticism for its previous game, Detroit: Become Human, because of the clumsy parallels it draws between androids and Black Americans in the Civil Rights Movement, as well as its troubling portrayal of triggering issues like domestic abuse. “By pursuing a ‘robots are persecuted minorities’ metaphor, the game produces some of the most cringe moments in recent memory,” Inverse’s Eric Francisco wrote in a 2018 review of the game.

Cage himself has flip-flopped on whether or not the Civil Rights allegory was intentional. That, combined with reports of toxicity at the studio, do little to inspire hope in Star Wars fans that Quantic can do the High Republic era justice.

It’s important to note that Eclipse is the very first piece of media outside of books and comics to take place during the High Republic. Written by a wealth of authors like Justina Ireland and Charles Soule, the High Republic has seen more of a focus on diversity than past Star Wars projects. For Trans Day of Visibility this year, a new Marvel comic cover featuring Terec and Ceret, two trans non-binary Jedi, was revealed.

“The High Republic, the time when this game takes place, is such a great Star Wars story!” Barry says. “It's a great story that actively celebrates all types of different people, it celebrates true representation in this universe. With the kind of reputation that follows both David Cage and Quantic Dream the hope for a continued story that stays true to the High Republic just feels out of reach.”

Simply browsing the hashtag on Twitter shows how many fans doubt Quantic Dream’s ability to handle the subject matter. Dozens of streamers, podcasters, and community members have thrown their support behind the movement, including popular YouTube channels like Star Wars Explained.

“Lucasfilm is worried they'll offend a larger audience with too much diversity.”

The hashtag was born from a livestream held by Pink Milk, which was initially supposed to just be a fun and campy show.

“While we were streaming I simply asked, ‘What do we do now? What do we do as a community to get our voices heard?’ And we proposed a hashtag,” Barry says. “That specific hashtag was a team effort between myself, my co-hosts, and the people watching us live that night.”

Some fans have drawn comparisons between this event and the time John Boyega spoke out about his character Finn's treatment in the sequel films, which Disney was quick to address.

Fans draw parallels to when John Boyega talked out about Finn’s treatment in the sequel trilogy.

What is the ultimate aim of #BlackoutStarWarsEclips? That depends on who you ask. But the consensus seems to be that the game shouldn’t be canceled outright, although some would certainly like to see Quantic Dream taken off the project.

“What we want is for Lucasfilm to acknowledge that partnering with a studio like Quantum Dream and people like David Cage feels diametrically opposed to the ethos of Star Wars and ultimately to how Lucasfilm has tried to publicly identify itself in the last few years,” says Ben McDonald, a Star Wars podcaster and active member of the #Blackout movement. “It’s not unfair to ask for clarification.”

A popular suggestion is to bring members of the LGBTQIA+ community onto the project while still using the resources of Quantic Dream. Scores of fans simply don’t feel comfortable with the studio handling a Star Wars game, both because of the subject matter in the studio’s past games and the comments of its founder.

“Ask yourself what Carrie Fisher would do, and do that.”

As one of the most prominent IPs on the planet, Star Wars has played a vital role in many fans’ lives, especially those involved in the Blackout.

“Star Wars was one of the first places in pop culture where I saw a woman defending herself,” Kuehnbaum says. “Princess Leia was presented as intelligent, adventurous, strong, and comfortable with being in a position of power. When we first meet her, she is refusing to break under torture! Star Wars has continued to present us with female characters who have these qualities, both heroes and villains. I don't trust QD to honor that, either.”

Inverse reached out to both Lucasfilm and Quantic Dream for comment but neither company responded, nor have they issued any official statements addressing #BlackoutStarWarsEclipse. But that hasn’t stopped passionate fans from continuing to speak out.

The members of Pink Milk, and others using the hashtag on Twitter, are encouraging people to keep the conversation going in order to bring it to Disney’s attention. McDonald also notes there are other ways to contribute, like using the $60 you’d spend on the game to donate to an LGBTQIA+ charity instead.

“Keep challenging the status quo in ways that are both serious and lighthearted,” says Kuehnbaum. “Ask yourself what Carrie Fisher would do, and do that.”