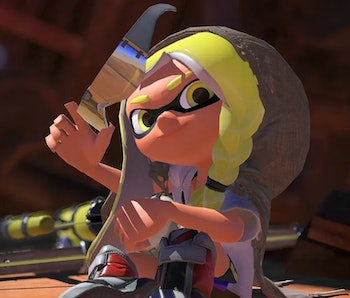 Splatoon 3 brings plenty of new multiplayer mayhem to the franchise, with a host of new weapons, maps, and more. While it may be a multiplayer-focused title, Splatoon 3 also has a lengthy story campaign to play through, taking place after the events of Splatoon 2. This time around, you even have an adorable little sidekick to adventure with named Smallfry. But how much time should you set aside to complete the campaign? Your mileage can vary depending on how much you want to accomplish, but here’s everything you need to know about how long Splatoon 3’s campaign takes.

How long does it take to beat Splatoon 3?

Splatoon 3’s campaign will take you at least four hours to complete, but that time can nearly double if you’re looking to complete every single level. The campaign has you exploring the mysterious land of Alterna which is split into six different “sites,” and each site is filled with a handful of levels. The catch is that you don’t actually have to beat every level to continue the story.

Each level you complete rewards you with eggs that can be used to power up Smallfry, who then devours fuzzy ooze blocking your way forward. Each fuzzy ooze has a set amount of eggs needed to clear it, so you can clear all the ooze from every site or simply the ones needed to advance to the next area.

How many levels are in Splatoon 3?

Like with past games, Splatoon 3’s levels are accessed by jumping into kettles scattered around the environment. Site have varying amounts of levels, however, and many levels can be completed multiple times with different weapons, adding to replayability even more. While we won’t list off every level in the game, here’s an overview of every site and how many levels it contains.

After completing all of the required boss battles you’ll unlock Splatoon 3’s final level, which actually functions as a lengthy multi-level area

Unfortunately, there isn’t much in the way of post-game content for Splatoon 3, although you do unlock one neat little bonus. After completing the story you unlock one final level that’s easily the biggest challenge in the entire game. This level titled “After Alterna” can be accessed at the start of Site 1, and it’ll likely take you at least a couple of hours to make your way through.

Of course, once completing the campaign you can head off and play Turf War, Salmon Run, the single-player card game Tableturf Battle, and other modes.