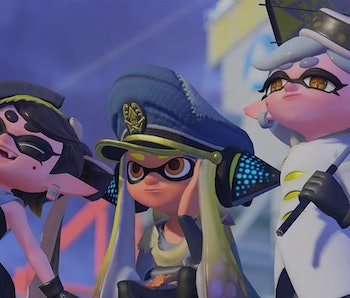 Splatoon is easily one of Nintendo’s biggest franchises these days, and ahead of the launch of Splatoon 3 in September 2022, Nintendo is set to host a squid-kid-focused direct. Like other presentations focused on a single game, this presentation promises a deep dive into Splatoon 3, with nearly 30 minutes of new info and footage. Here’s everything you need to know about the Splatoon 3 Nintendo Direct.

When is the Splatoon 3 Nintendo Direct?

Nintendo will host the Splatoon 3 Direct on August 10, 2022, at 6 a.m Pacific / 9 a.m Eastern. As previously stated, the presentation will last roughly 30 minutes which is about average for a Nintendo Direct.

How to watch the Splatoon 3 Nintendo Direct

You’ll be able to watch the Splatoon 3 Direct on Nintendo’s official YouTube and Twitch channels. Of course, the presentation will be archived for fans to view at any time if you can’t tune in at the presentation time.

What to expect from the Splatoon 3 Nintendo Direct

The Splatoon 3 Direct will likely focus on three different aspects of the game; competitive multiplayer, Salmon Run, and the single-player campaign. Thirty minutes is a long time and Nintendo Directs traditionally move pretty quickly, so there should be a ton of new info.

The first bit of the presentation will likely go into detail on the new main hub of the game, known as Splatsville. This new area is located outside of Inkopolis in a place called the Splatlands, which is where the single-player campaign will take place.

Most of the information released for Splatoon 3 so far has focused on new weapons and features in multiplayer, so this should be our first in-depth look at the single-player. The series already has some absolutely wild lore about the extinction of humans, and we know Splatoon 3’s campaign is titled “Return of the Mammalians,” so expect things to get weird. We also know the campaign features a customizable “Little Buddy” that will accompany players.

The direct will undoubtedly announce even more new weapons, but there’s a strong possibility that we could see the announcement of a brand new mode as well, whether it’s a spin on the game’s multiplayer or something new. Earlier this month, as spotted by GameXplain, the German Twitter account for Splatoon potentially teased new modes coming to Splatoon 3.

The final major thing to expect is some kind of roadmap on post-launch support for Splatoon 3. Both previous games received years of consistent updates that added new weapons, clothes, modes, and more. Nintendo will likely want to give fans some kind of idea of what’s coming after launch. This could include the announcement of Splatfests, in-game events that have players choose one of two teams in some kind of ridiculous duel, like ketchup versus mayonnaise. Splatfests have been a beloved feature in the past, so there’s every reason for Nintendo to bring them back.