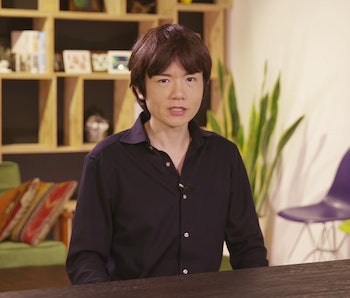 There will be no more Super Smash Bros. Ultimate DLC content after the six additional characters that will be included in Fighters Pass 2 are released. On February 19, director Masahiro Sakurai hinted once the Smash’s second DLC bundle is complete, Nintendo might finally announce the long-rumored Nintendo Switch Pro.

Sakurai told Japanese games magazine Famitsu that he will be moving on to different projects once Fighters Pass 2 is fully released. (This means by December 31, 2021 at the latest.) He strongly implies there won’t be any more Smash news until a new Switch hits shelves, which might actually be sooner than expected.

"I can't do any other work while I'm doing this, so what's going on is the future of new games I'm directing,” he said in a translated version of the interview. “The next work of Smash will not be released until a new hardware is released.”

Rumors about a more potent Switch Pro have been circulating since early 2019. Hopes that the company would announce new hardware this year were quashed when Nintendo president Shuntaro Furukawa revealed that there won’t be any new hardware in 2020, during a January earnings call. However, Furukawa didn’t rule out the possibility of a new Switch announcement in 2021 and Sakurai's comments seem to be further evidence this timeline could be accurate.

Smash Ultimate was recently crowned the best-selling fighting game of all-time, with 17.68 million units sold as of December 2019. That makes it the second most popular Switch game, behind Mario Kart 8 Deluxe. The game has such a devout following that it’s a no-brainer launch title for the Switch Pro, which is almost certainly being developed.

Months worth of supply chain reporting from journalists like former Wall Street Journal game hardware reporter Takashi Mochizuki suggest a more capable Switch is in the works currently, although nothing has been officially confirmed yet. Nintendo’s Furukawa has previously stated that the company is always cooking up new hardware, a vague promise that is just the kind of thing that can keep just about anyone happy.

“As a general rule, we’re always working on new hardware and we will announce it when we are able to sell it,” he said in a 2019 earnings report.

The culmination of Fighters Pass 2 could be the signal that the Nintendo Switch Pro is just over the horizon.