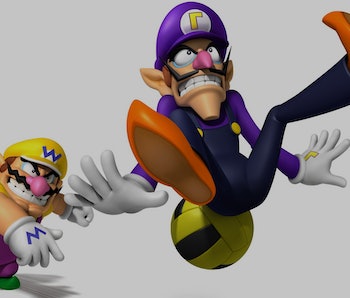 Since the earliest days of Super Smash Bros., fans have delighted speculating about which characters will join the roster next. This has prompted positive reactions with characters like Cloud or Banjo and Kazooie, or negativity when someone like Byleth takes up a slot. Many oft-requested characters have still not made it into Smash, including Waluigi, Super Mario RPG's Geno, and Dragon Ball's Goku.

Sadly, if these characters don't make it into Super Smash Brothers Ultimate Fighter Pass 2, their chances of ever being in a Smash Bros. game are highly unlikely. Sakurai recently discussed his plans for the future of the series, and he doesn't see much coming after Fighter Pass 2.

Masahiro Sakurai, the mastermind behind the Kirby and Super Smash Bros. series, was interviewed by Famitsu for its latest issue. That interview leaked early, and popular Twitter translator PushDustIn shared the news. "Six additional fighters are being made for Smash Ultimate. After that, there are no other plans so Smash Ultimate is almost finished," his tweet reads.

Super Smash Bros. Ultimate Fighter Pass 2 was unveiled back in January alongside Byleth, from Fire Emblem: Three Houses. While the first wave of five DLC characters in Fighter Pass 1 ended on an underwhelming note, the promise of six more roster members releasing between spring 2020 and December 2021 was pretty enticing. Fans also hoped that support would continue beyond that, making Super Smash Bros. Ultimate one of Nintendo's most enduring live-service titles.

That won't be the case though. It appears that support for Smash Ultimate will wind down after next year. In fact, he told Famitsu that no further Super Smash Bros. games are planned as of now. Sakurai plans to put his full force behind these new characters though, also telling Famitsu that "adding content to this game little by little will extend Smash Ultimate's life. So Sakurai plans to give it his all for the last six fighters," according to PushDustIn.

Which characters need to fight to get in.

While longshots like Cloud and Banjo and Kazooie have managed to make their way into Smash Ultimate, many highly-requested characters still aren't in. A September 2019 poll from fighting-game site Event Hubs, makes clear there are tons of characters fans believe deserve a spot in the roster. Dante from Devil May Cry, Shantae, Crash Bandicoot, Sora from Kingdom Hearts, Rayman, Lloyd Irving from Tales of Symphonia, Master Chief from Halo, 2B from Nier Automata, and Doomslayer comprise the top 10.

Waluigi came in at eleventh but is still one of the most notable exclusions due to the hilarious memes he's inspired, as is the case with Goku. Clearly, there are dozens of characters people still want to see in Smash and only six spots left. It wouldn't be surprising to see arguments over who gets in getting much more ravenous as the remaining spots dwindle.

Unfortunately, some of those characters are now more unlikely than ever. Cuphead, Doomslayer, and Sora have all been denied for various reasons, so it's unlikely that any of them will join the fray as fully fleshed-out characters. (At least Cuphead got the Mii Gunner costume!)

Sakurai has reiterated multiple times that this second wave of DLC fighters has already been decided by Nintendo, so there isn't much room for any additional fighters to be included. Personally, I'd like to see Geno, Goku, and Bandana Waddledee make it into the game. For now, we just have to hope that Nintendo's judgment regarding the final batch of Super Smash Bros. character ever is sound.