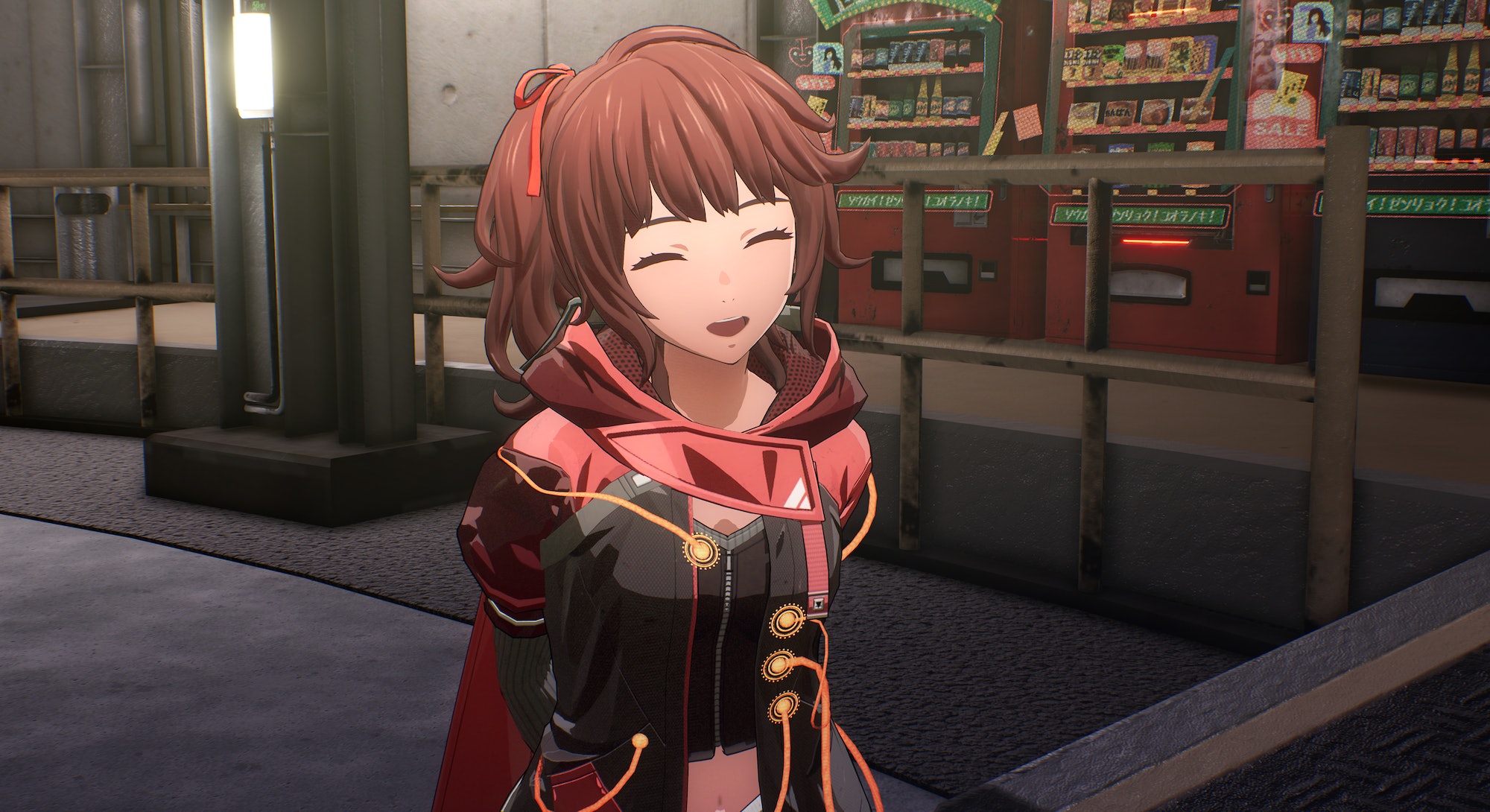 Bandai Namco’s Scarlet Nexus gives players almighty Psychokinetic abilities to combat an invasion from mysterious and terrifying creatures known as "Others," but the game seems to care more about fun aesthetics.

Scarlet Nexus takes place in a near-future when Earth is invaded by these mutated creatures, and those with Psychokinetic abilities have been united within an organization known as the Other Suppression Force (OSF).

Each OSF member has scarlet-colored tubes implanted on their back upon first joining the organization. When in proximity to other OSF members, the tubes allow them to briefly integrate with one other, therefore sharing their unique abilities.

Inverse was given access to a preview presentation of Scarlet Nexus that lasted a little under an hour. The event included a 30-minute behind-the-scenes video and a 16-minute demo. Overall, the game looks stunning with excellent design and a lot of interesting stylistic choices, but the game looks like it may be too easy for such an apocalyptic set-up.

“In a society where everyone’s brains are always connected, what is loneliness?” Scarlet Nexus’ art director Kouta Ochiai said in the behind-the-scenes video. In a blunt way, the scarlet tubes that all OSF members have are intended to visualize both a gameplay element of shared abilities and the physical connection between characters.

At a glance, Scarlet Nexus appears reminiscent of cyberpunk, but its developers claim to have created a new genre: “brainpunk.” What would the future be like if worldly technological advancements common to cyberpunk, which often focus on the body, instead focused on the brain? This alteration transforms the cranium muscle into a powerful technological tool that makes smartphones look painfully simple by comparison.

Scarlet Nexus follows the exploits of Yuito Sumeragi, a new recruit who is a direct descendant of the man who founded the city the game takes place in, New Himuka. Yuito's unique power is telekinesis which allows him to wield a sword with his mind he can use to attack nearby foes. At a distance, Yuito can utilize the environment to attack enemies. In an early gameplay preview Inverse witnessed, Yuito is shown using his abilities to hurl cars and other large objects at enemy Others, a feat that looks satisfying to experience, albeit a bit overpowered.

From the gameplay we saw, Yuito seems easily capable of handling every threat with ease, to the extent that it feels almost like it clashes with the story. If Yuito is so easily able to defeat Others, and many of his peers can do the same, then why is the human race on the brink of extinction? Even when hit by an enemy, Yuito recovers quickly enough, so the overall gameplay experience feels less dire than you’d expect. This kind of ludonarrative dissonance can be distracting in any game if you pay too much attention to it, but in Scarlet Nexus thus far, it feels unavoidable.

While being a near-invincible telekinetic might sound appealing, it could stand to undercut the supposedly dire nature of the OSF’s mission. If a Psychokinetic novice can defeat most foes without much trouble, why does the OSF need to be an organization? Why are Others such a major problem? As unique and interesting as Scarlet Nexus looks in terms of monster, character, and world design, it’s difficult to accept the game’s core premise when combat looks and feels this simple.

Despite this caveat, Scarlet Nexus remains captivating thanks to all of the fascinating design choices. The designs for enemy Others combine household objects with humanoid elements, often resulting in enchantingly macabre appearances, like something that might be dreamt up by Salvador Dali.

“By combining the two things that seem to repel each other visually, we were able to effectively express to the players that the Others are kind of incomprehensible creatures,” Ochiai stated.

One Other we saw combined a lampshade, roses, and a pair of statuesque legs. (Featured above) Another integrated the body of a pink-dyed yeti, a cannon, and six mechanical legs. Each Other has a distinct look that clashes disparate objects together in mind-bending ways. Hands down, Others make for Scarlet Nexus’ most compelling feature.

All the designs come straight from the mind of Masakazu Yamashiro, an artist known for illustrating figures that combine humanoid features with metal objects.

Second to Others comes the actual character design that Yuito and his partner, Hibari, have created for the characters. Each design looks futuristic while containing small stylistic anachronisms to ‘90s Tokyo chic. This is also reflected in New Himuka itself, a city which experienced a kind of cultural arrested development brough about by this invasion. The developers say the world is based on an aesthetic of ‘90s Japan crossed with some near-future technology.

Overall, Scarlet Nexus’ combat allows you to feel immensely powerful. It’s flashy and fun but appears to be a smidgeon too easy. However, those foes have a stunning macabre design, making traversing the world a visual treat. Aesthetically, Scarlet Nexus will seemingly deliver something truly unique and special. If the final gameplay can offer a challenge befitting of such dire circumstances, then Scarlet Nexus might become a gem that shines on next-generation consoles.

Scarlet Nexus will be released sometime in 2021.

INVERSE VIDEO GAME REVIEW ETHOS: Inverse cares about hours over money. We don’t value grinding and fetch quests as much as games that make the most out of every level. We care about the in-game narrative, and if the world of a video game is rich enough to foster sociological theories about its government and character backstories, it’s a game we won’t be able to stop thinking about, no matter its price or popularity. We won’t punch down. We won’t evaluate an indie game in the same way we will evaluate a AAA game that’s produced by a team of thousands. We review games based on what’s available in our consoles at the time. And finally, we have very little tolerance for junk science. (Magic is always OK.)