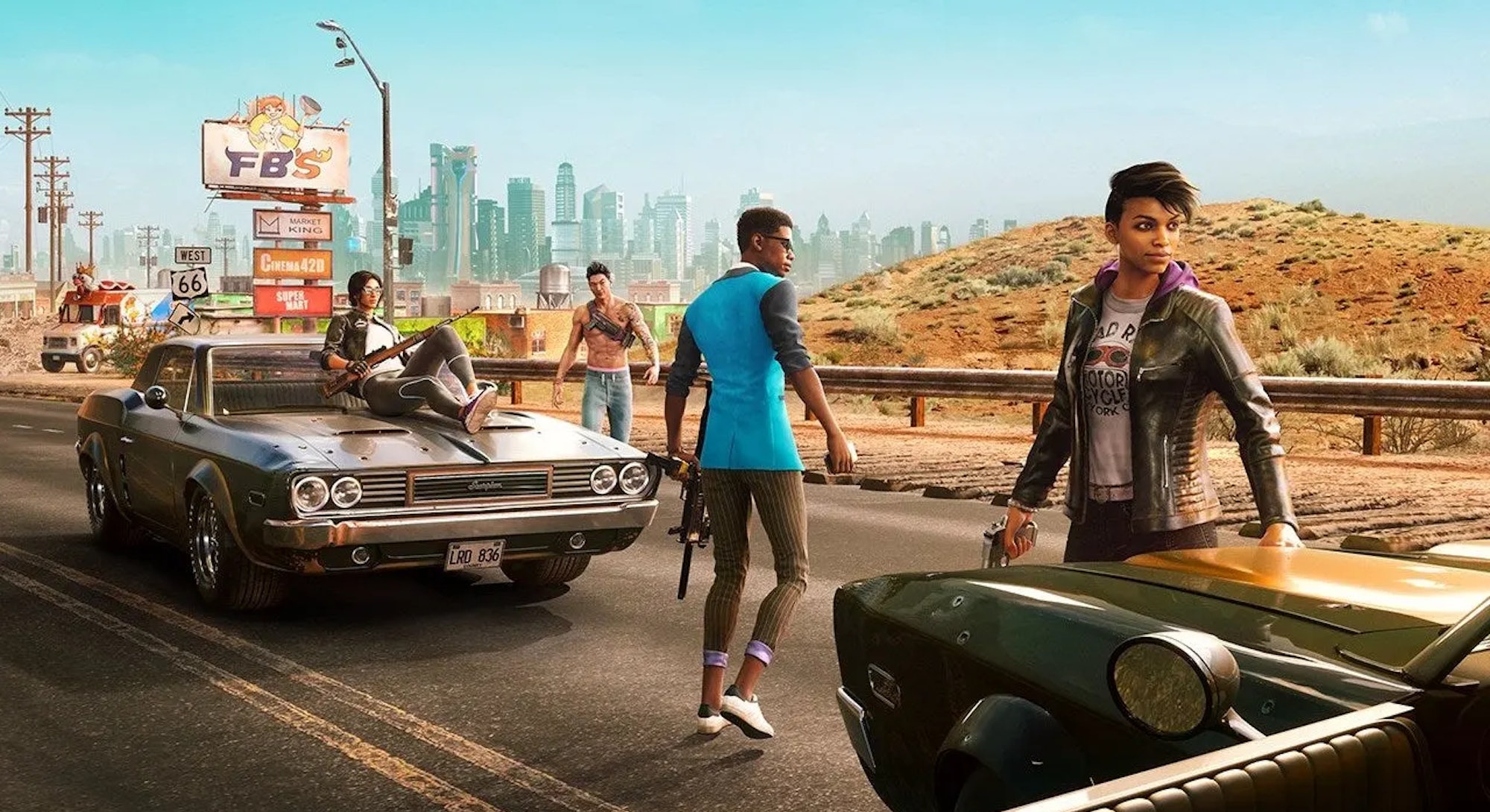 One minute I was jumping from car to car to hijack a truck. The next I was defending my Chalupacabra truck with my taco-hatted gang.

My five-hour demo with Saints Row made me realize how much I’ve missed the open-world sandbox, games that let you simply unleash utter mayhem on unsuspecting NPCs.

The reboot of Saints Row takes the best ideas from across the franchise and smashes them into one game, telling a crime drama story with major stakes, while preserving the utter absurdity the series is known for. Volition UI Artist Danielle Benthien says it was important to the development team to preserve both sides of the franchise’s personality.

“A lot of people love Saints Row 3, the bombastic fast-paced action that was kind of larger than life. But some people still really like Saints Row 2, and the more serious story and gang elements,” Benthien tells Inverse. “We wanted to take the best parts of both and combine them.”

Saints Row tells a rags-to-riches story that focuses on a group of roommates in the fictional Texas-inspired town of Santo Ileso. Your character, “The Boss,” is a down-on-their-luck mercenary that’s just gotten a job at Marshall Defense Industries, a private military corporation that seems about as corrupt as humanly possible. The first few hours of the game are all about world-building, setting a tone, and introducing the various gangs that rule the city.

Bombastic main missions have always been one of my favorite aspects of the series. Luckily, it seems like the reboot will bring them back in a big way, as the sections I played through had some fantastic setpiece moments, all highlighted by stellar sound design and music.

One mission saw me blowing apart a museum and defending a priceless artifact from two invading rival gangs, creating a crazy three-way battle. In another, I drove like a stuntman to terrorize a high-profile businessman. (Benthien says the team looked to action films like John Wick and Baby Driver as inspiration.)

Saints Row controls better than ever this time around, with tight shooting and loads of options in combat. New additions make the combat feel more dynamic than ever, and the first of those is a robust skill system. As you level up you unlock various combat skills, such as sticking a grenade in an enemy’s mouth and throwing them forward, or chucking a proximity mine.

The second new mechanic is an instant execution gauge that charges as you dispatch enemies. Once full, you can instantly take down one enemy in a flashy animation that also heals a portion of your health. This plays a lot like the execution system in Doom, giving you the adrenaline boost you need to keep mowing down the hordes of enemies rushing your way.

Apart from those main missions, it’s clear there’s an absolute wealth of things to do in Saints Row. Side hustles return and are just as varied as ever, including missions that require you to accompany and protect drüg dealers, use a helicopter to pick vehicles up with a magnet and transport them, or fly into a spot with a wingsuit and use bombs to destroy targets.

There’s plenty more to do from there, including Easter-egg history lessons around the city, items that can be put in your base by taking photos of them, and plenty of stores. (You can also just run around and cause general mayhem, if that strikes your fancy.)

Criminal Ventures are initiatives you can launch to expand your empire, an intriguing new variety of side mission with loads of potential. One I unlocked tasked me with stealing food trucks across the city to destroy competition. The other saw me shlepping volatile vats of toxic waste around town in order to make money. Completing these ventures grants fantastic rewards, like wild new weapons, outfits, and loads of money.

Criminal Ventures are a prime example of how everything in Saints Row feels much more deliberately designed and varied this time around. These optional activities feel vibrant and absolutely worthwhile, whereas they kind of faded into the background in Saints Row: The Third and Saints Row IV.

“A lot of open-world games came and went in those ten years it took for us to make our game,” Benthien says. “We really haven’t had an open-world sandbox game like Saints Row. So being able to rebuild that market but make the gameplay, the UI, and the controls feel better than they ever have is going to be a renaissance for the open-world market.”

All that confidence leaves a lasting impression. The bombastic main missions and story are a blast, but there’s so much interesting side content to get distracted with at the same time. At this point, the biggest worry I have is that the game’s writing won’t stand up, or that it frontloads all of the interesting content. Still, Saints Row feels like a refreshing return to a type of game we haven’t seen in years, and that’s absolutely a good thing.