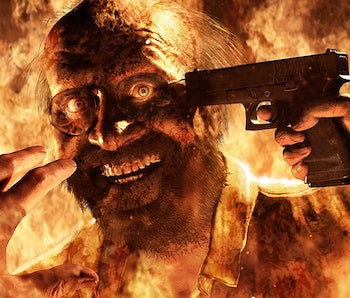 Capcom has been churning out remakes like a shopping mall churns our fresh zombies for several years now, but new rumors and leaks about a potential Resident Evil 8 have infected fans of the long-running horror franchise.

Not only will we get a revamped version of Resident Evil 3 in December, but Capcom might be cooking up something totally new that resembles Resident Evil 7. Here's everything we know.

YouTube channel Residence of Evil published a video on January 28 (pasted below), detailing a series of supposed leaks related to the new game originally published January 27 on Biohazard Declassified, and the details have the video game horror community in a tizzy.

The next entry would be a direct follow-up to 2017's Resident Evil 7: Biohazard, which explored a whole new facet of the game’s terrifying 20-year-old story from a first-person perspective. RE7 introduced a new protagonist, Ethan Winters, who trudged through ramshackle plantation occupied by a cannibal family to save his wife.

Capcom is likely to continue Winters’ story, but will it be in RE8? Or will the next chapter of the horror series take a whole new twist?

Here’s everything we know about the rumored Resident Evil 8.

When is the Resident Evil 8 release date?

According to a trusted RE leaker, AestheticGamer (aka Dusk Golem), Capcom began developing RE8 in 2016 right when it would have been putting the final touches on RE7. As the narrative goes, Capcom then allegedly pumped the brakes on that project to focus on the RE7 DLC campaign and the RE2 Remake, which was originally announced in 2015.

The leaker claims that upon returning to RE8 in 2019, Capcom scrapped the progress made in 2016 to start anew. If this is accurate, that means the game has been pushed back to at least 2023 or 2024, since RE7 took between three to four years to complete.

“The ‘final’ RE8 version hasn't even been in development for a full year yet,” AestheticGamer said in a Twitter thread. “Now these reboots often go faster because some assets and such are carried over, but don't expect RE8 any time soon.”

All of this information remains unconfirmed, but AestheticGamer did accurately leak that Capcom would release DLC content for RE7 months before it was announced, so they do have a positive track record so far.

What will Resident Evil 8 gameplay and plot be like?

The Resident Evil news site Biohazard Declassified published an alleged leak Tuesday claiming insider knowledge detailing juicy gameplay mechanics and plot details related to RE8. This information came from an unverified source and could be just an enthusiastic fan writing down their wish list, so we all have to consider it as a rumor. It includes the return of Ethan Winters, werewolves, and a European castle.

This is somewhat consistent with a batch of leaks back from May 2019 that claimed Hook Man from Resident Evil 4 might return. The monster is seen veiled in a shadowy fog and persistently lurks behind the protagonist of RE4 Leon S. Kennedy. This could have been an early concept of the "shadowy female enemy" mentioned in the list that was later altered into something similar but different.

AestheticGamer, however, threw a wrench into the mix that same day on Twitter. They suggested this information was likely pulled from the version of RE8 that was scrapped when Capcom revisited the game last year, which would render all of these details obsolete.

That doesn’t mean that these details are worthless. If they’re accurate Capcom might use them for a spinoff game further down the line, or similar but slightly different versions of the same ideas will appear in the final version. As it stands, AestheticGamer has cast doubt on what could have been the best sneak peek at RE8 to date.

What consoles will Resident Evil 8 be available on?

The most recent RE2 Remake was available on PlayStation 4, Xbox One, and PC. Seeing as RE8 is allegedly still years away, Capcom is likely developing it for the next generation of consoles, namely the PlayStation 5, Xbox Series X, and PC. Especially if we're talking about a release date closer to 2023 or 2024, then it's all but certain that'll be the case.

Resident Evil 8 remains unconfirmed with no release date in sight, but it seems inevitable.