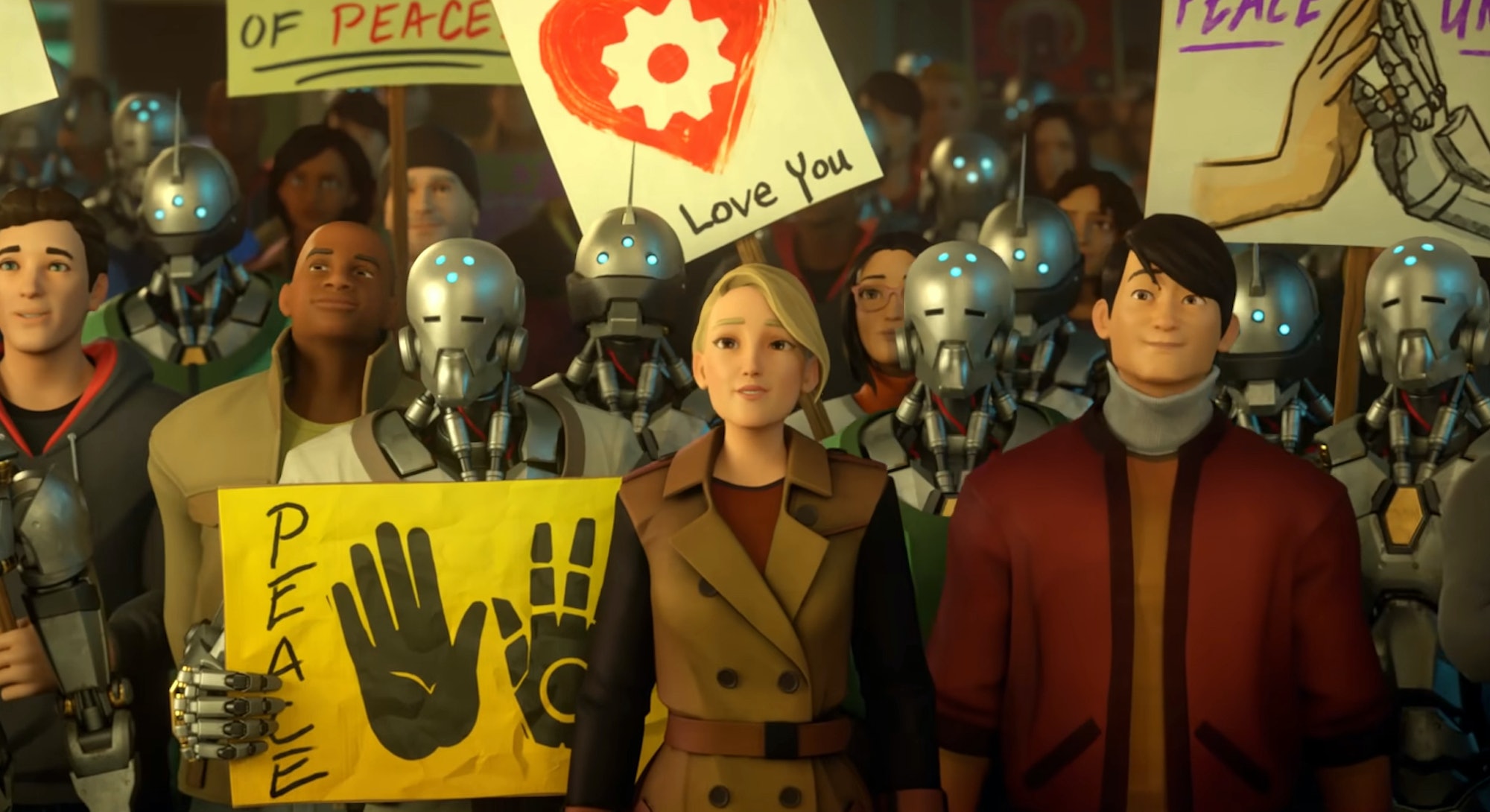 On January 21, 34 quality assurance employees at the studio owned by Call of Duty: Warzone publisher Activision Blizzard announced the formation of a union — the first of its kind in the AAA video game industry. Called the Game Workers Alliance, the new union comes on the heels of a seven-week-long strike at the studio and follows Microsoft’s monumental deal to purchase Activision Blizzard for $68.7 billion.

Activision Blizzard came under fire in July 2021, when a lawsuit filed by the State of California alleged years of discrimination and harassment within the company. Subsequent reports alleged that CEO Bobby Kotick seemingly knew about sexual harassment allegations for years and did nothing.

Jessica Gonzalez, one of the GWA founders, tells Inverse this trickle of damaging allegations left employees with no other choice.

“As soon as the news about the lawsuit broke, there was already a feeling of employees not being heard, not being cared about,” Gonzalez says. “When the last few went public and employees all found out, we collectively realized that our best interests weren't going to be considered unless we fought for them ourselves.”

Despite the lengthy strike, QA staffers at Raven Software say they experienced “radio silence” from management at Activision Blizzard. Despite the company publicly claiming there had been an open dialogue, multiple employees told Inverse that was untrue.

“The amount of pushback I was getting internally while working at Blizzard and advocating for diversity was insane.”

The strike has officially ended with the formation of the union, but the fight for unionization is only just beginning.

“We ended the strike because we wanted to say, ‘Hey, we're giving you the option to recognize the union and show good faith, and we're gonna show good faith,’” Gonzalez explains.

Unionization is mostly uncharted territory in gaming. The industry’s first was formed in December 2021 at the independent developer Vodeo Games. Whether it’s a small indie studio or a monolithic mega-publisher, there’s no “playbook” for forming a union because there are virtually no precedents.

“It’s very difficult and continues to be difficult,” Gonzalez says. “The amount of pushback I was getting internally while working at Blizzard and advocating for diversity was insane. One of the major hurdles for unionizing is whenever a giant news story breaks, all of Activision Blizzard and King is thrown into one. Solidarity had to be a big part of it. Maybe it's not happening at your studio, but it very much can.”

Management has done little to inspire confidence among Raven Software employees in recent days. The company had until January 25 to “officially” recognize the GWA but declined to do so.

That same day, Activision Blizzard released a statement saying: “We carefully reviewed and considered the CWA (Communications Workers of America) initial request last week and tried to find a mutually acceptable solution with the CWA that would have led to an expedited election process. Unfortunately, the parties could not reach an agreement.”

Activision Blizzard hasn’t specified what was deemed unacceptable, but the timing lines up with staffing changes the publisher announced for Raven Software. Moving forward, Quality Assurance workers at the studio will be embedded into each department, instead of existing as a separate department of their own.

“Workers get to define their unions, not AB.”

In an internal email, Raven Studio Head Brian Raffel wrote, “As we look ahead at the ongoing expansion of Call of Duty: Warzone, it's more important than ever that we foster tighter integration and coordination across the studio — embedding will allow for this.”

While Activision Blizzard says this change has been in the works for a while, critics see it as a union-busting tactic. CWA Organizing Director Tom Smith is among them.

“This announcement, which came three days after Raven QA workers publicly requested recognition of their union – the Game Workers Alliance (CWA) – is nothing more than a tactic to thwart Raven QA workers who are exercising their right to organize,” he wrote in a statement sent to Inverse. “When management uses meaningless buzzwords like ‘alignment,’ ‘synergy,’ and ‘reorganization,’ they are sending a message to workers: ‘We make all the decisions, we have all the power.’ Workers organize to have a voice at work to rectify these power imbalances.”

As Raven employees previously alleged to Inverse, QA workers are not treated equitably compared to other development teams. More often than not, they are contract employees who don’t receive full-time positions. Valentine Powell, a Senior UI Engineer at Blizzard Entertainment, also commented on the potential dangers of the company’s plans to restructure Raven Software.

“This is dangerous because this behavior is the company trying to define how people can unionize,” Powell writes on Twitter. “If they knew all of Raven had the numbers, they could just merge Raven with Activision and say ‘Now you have to unionize all of Activision.’ Workers get to define their unions, not AB.”

“The timing of the restructuring announcements on the first day we came back from our strike, and then the studio-wide meeting that followed and the press release from Activision all seemed incredibly suspicious,” a source inside Raven whom Inverse has previously spoken to as part of this reporting says. They spoke to Inverse on the condition they remain anonymous due to their current employment at Raven.

“It does seem convenient for the company if union-busting is their goal, and all other signs have pointed to that being the case.”

The GWA plans to forge ahead with its union regardless of Activision Blizzard’s response, with the next step being to file with the NLRB (National Labor Relations Board) in order to get official legal recognition. By spreading the QA department out, Activision Blizzard is essentially requiring the GWA to unionize the entire studio and not just one department.

A CWA spokesperson told Kotaku earlier this week: “We would hope that in this case, it would take place quickly but companies can choose to delay the process to file objections and concerns along the way and to drag things out, and when they do that it’s generally to give themselves more time to wage an anti-union campaign.”

This unionization is especially significant in light of Microsoft’s acquisition and could mark a watershed moment in the gaming industry at large. Employees have expressed some worry over what the Microsoft deal could mean, and there’s no guarantee the company can or will want to fix the problems at Activision Blizzard.

“Expect a trend towards unionizing the game industry in 2022.”

Phil Spencer, CEO of Microsoft Gaming, was cagey when asked about the union during an interview, declining to comment because he doesn’t “have a lot of personal experience with unions.”

There have been dozens of stories over the last few years about the abuses developers face at the hands of management, from allegations of sexual misconduct at Activision Blizzard to reports of a harsh managerial style at Ken Levine’s studio.

Groups like A Better Ubisoft have already shown solidarity with the GWA, along with developers from other studios.

Our Raven source adds: “Some of the organizers of GWA and A Better ABK have definitely been in touch with developers at other companies. I think it's safe to expect a trend towards unionizing the game industry in 2022. I'm not sure when it will happen, but it's going to happen.”