“Maybe you’ll be sending us a photo of your ear..." 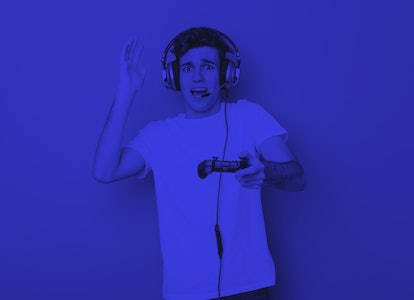 Sony did not reveal what the PlayStation 5 will look like during Wednesday’s spec breakdown, but in the presentation's strangest moment, PS5 lead architect Mark Cerny said that gamers might have the option to send in pictures of their ears to make the most out of the PS5’s new Tempest 3D AudioTech. WTF?

PS5 lead architect Mark Cerny has long teased that the upcoming console will give gamers an audio experience like no other console before it, and from how it seems so far, the Xbox Series X won't have anything that can match it. Cerny explained that the PS5’s advanced GPU will allow developers to support hundreds of immersive sound sources that he said are already being “extensively used” by some PS5 games.

Dubbed the Tempest Engine, Cerny touted that the end result should make gamers feel like they’ve “entered the matrix” with a 3D soundscape that far surpasses even Dolby Atmos, and it'll even be customizable.

If gamers were to send pictures or videos of their ears, it would then be possible to craft a truly personalized audio experience thanks to a phenomenon feature referred to as head-related transfer function (HRTF), which describes how every person’s ears receive sound in a unique way.

The idea is that the size and shape of a user’s head, ears, and ear canals all impact how they perceive sound, where it’s coming from, and how intensely they perceive it. With the PS5's Tempest Engine and 5 HRTFs at launch, the PS5 should be able to artificially generate customized 3D sound using a single source (like your TV's default speakers or a soundbar) without multiple surround sound speakers. Sony’s long-term goal appears to be an audio experience that is tailored to each individual gamer.

Think of this like how many earbud makers now offer a custom-fit option, where customers have the option to mold their earbuds to the unique shape of their ear for the best fit and most comfortable audio experience. PS5 users wouldn’t be molding anything, but based on the proportions of users’ ears the console would tweak the frequency of in-game sounds for a more captivating gaming experience.

“This is a journey we’ll all be taking together over the next few years,” said Cerny. “Ultimately we’re committing to enabling everyone to experience that next-level of realism.”

While this might seem like a niche feature to highlight, Sony has effectively differentiated itself from the Xbox Series X in a big way. Microsoft hasn’t said anything about how the Series X might innovate in-game audio. Sony will use all of the firepower it can muster to compete against Microsoft in the upcoming console war, and it’s 3D audio tech could compel some hardcore gamers to choose the PS5 over the Series X.

Crystal-clear game audio is important for competitive first-person shooter players who need to know if an enemy player is about to come around a corner by listening to the sounds of footsteps. Fans of other genres, like horror or role-playing games, also want sounds and music to fully immerse them in a story.

It could be possible that the PS5 menu has an option to upload your ear pics as you set up the console, sort of like how NBA 2K lets gamers scan their face to create a custom character, which would really feel like the future of gaming.

More like this
Gaming
7 hours ago
All 12 Yakuza games, ranked from worst to best
By Hayes Madsen
Gaming
Sep. 26, 2022
'Deathloop' Yerhva answers: Every correct response to all 10 questions
By Just Lunning
Gaming
Sep. 25, 2022
Everything we know about Rise of the Ronin, Team Ninja's new samurai epic
By Joseph Yaden
Related Tags
Share: