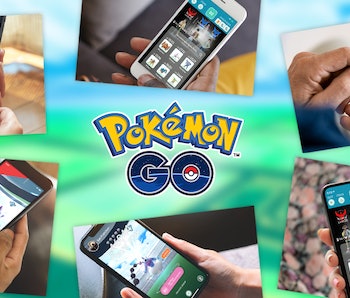 In the Covid-19 pandemic's wake, Pokémon Go developer Niantic has added numerous accessibility features to the game, enabling fans to enjoy the naturally outdoorsy game from home. You're even now able to join raids from a distance using Remote Raid Passes. Despite being an emergency introduced feature, it will seemingly remain in Pokémon Go long after quarantine has lifted, but with a significant catch. Either way, it’s a great way to play, even when it’s too rainy to travel for a Ho-Oh or Landourous

What are Remote Raids in Pokémon Go?

They count as normal raids would in Field Research tasks and in-game achievements. This means you can still work on your legendary collection, even if you’re stuck at home. Using a Remote Raid pass, you can join any raid displayed on your map or on the Nearby tab. However, they cannot currently be used to challenge Gyms that meet the same qualifications.

Niantic has promised that Remote Raids will become more robust in future updates. You’ll eventually have the ability to invite your friends to play remotely. All you need is a Remote Raid Pass.

How do you get Remote Raid Passes?

The only known way to obtain Remote Raid Passes is by purchasing them from the in-game PokéCoin shop.

You can currently purchase a bundle containing three Remote Raid passes for 1 Pokécoin from the in-game shop. Additional individual Remote Raid passes will cost you 100 Pokécoins, while you can purchase another three-pack for 250 Pokécoins. They cannot as of right now be obtained through visiting a gym or a raid location, in the same manner that you would acquire regular raid passes. The price of Remote Raid passes is expected to increase in the future, likely around the same time Niantic formally introduces the limitations planned for Remote Raids.

How will Niantic limit Remote Raids?

Remote Raid players will have to deal with two limitations to their gameplay. First, all Raid Battles will have a limit on how many players can join remotely vs have to physically be present at the raiding ground. The exact split between these two is unknown. Out of the 20 players currently allowed in a raid, it could be split down the middle with 10 spots available for remote players.

The damage reduction, price increase, and other limitations will likely come into play once the quarantine lifts globally.