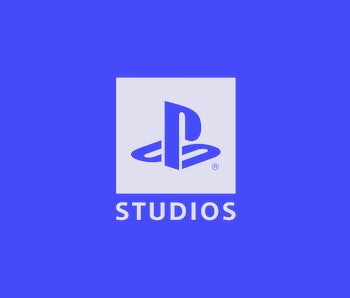 On May 12, Sony unveiled its PlayStation Studios brand, sparking a number of online comparisons between XBox Game Studios and even Marvel, owing to the similar stylings of all three logos. While industry observers like Bloomberg's Jason Schreier weren't impressed with yet another Sony announcement that wasn't a PS5 reveal, the gamesmaker's latest moves may have significant ramifications in the years ahead. Here are four key takeaways about the announcement, what it means for Sony's position in the video game industry and beyond.

4. We'll be seeing a lot of that logo – The PlayStation Studios logo features footage from Sony titles like Ratchet and Clank and The Last of Us Part II, displaying them on the sides of the symbols associated with PlayStation. This culminates in the letters coming together and turning into the logo show below:

"We have been thinking about how we unite all of these great games under one brand, and really the purpose of that is to make the consumer understand that, when they see this brand, they're getting ready for a robust, innovative, deep experience that they've come to expect from games coming from PlayStation," Senior VP and Head of Global Marketing Eric Lempel said about the ethos behind the logo in an interview with GamesIndustry.biz.

Lempel continues to explain that the logo will be seen "primarily during the beginning of our titles," though The Last of Us Part 2, Ghost of Tsushima, and the PC port of Horizon: Zero Dawn all won't have the logo when they launch this Summer. Once PS5 rolls around though, expect that logo to adorn most first-party PlayStation games.

3. PlayStation will continue to lean heavily on first-party IP – Independent games industry analyst Benji Sales told Inverse, "The PlayStation Studios branding is a very effective way of continuing that message that Sony is presenting: that their big AAA games are a standout event. Sony first-party studios already have very close relationships and share technology with each other, so this unified branding further reinforces that."

2. Sony's following Microsoft's lead, for now – Sales also compared what Sony is doing to its biggest competitors in the console gaming space: Microsoft and Nintendo. "Microsoft has also already branded their internal studios in a similar method and I believe their goals are very similar to Sony's." While Microsoft and Sony seem to be in lockstep in their approach to branding, Sales expects Nintendo to continue doing their own things.

"While Nintendo is also branching out into other media, for example, the upcoming Mario film from Illumination, their franchises are already spread out among many teams and have been successful for multiple generations. I don't anticipate a "unified" branding for their studios like we see with PlayStation's announcement." PlayStation is already dominant in the gaming industry, and it appears to be using this new branding to ensure that position doesn't change.

1. PlayStation could soon mean far more than just games – Lempel hinted at the breadth of this branding in conversation with GamesIndustry.biz shortly after the announcement. "You've seen the animated asset that will exist primarily during the beginning of our titles, but the brand will exist in a lot of different places. There are different, shorter animations that will exist in trailers... It will exist in advertising. It will be in any other creative assets, such as the game packaging and the game discs themselves."

While Lempel doesn't directly mention movies or television, Sales thinks that is definitely an avenue Sony can expand into with the PlayStation Studios branding. "Sony has also stated they intend to grow their IP past games, into other areas such as movies, TV series, and comics, in the coming years" he explained. "The branding of their Game Studios will also be a core pillar of this expansion. Just as there is 'Marvel Comics' and 'Marvel Studios' both of which aid in growing the exposure and success of the other."

Sales elaborated on that Marvel comparison, stating "Sony has been able to turn their franchises into true 'events' for its fanbase in a very similar way to how Marvel films have become such big tentpole events."

The Inverse Analysis — PlayStation's new branding will allow all of their massive hits on next-gen consoles to feel much more unified than they did on PS4. Sony needs to keep this momentum going through the next generation of console gaming, and this PlayStation Studios branding will be an instrumental part of accomplishing that.

PS5 will be released during the 2020 holiday season.