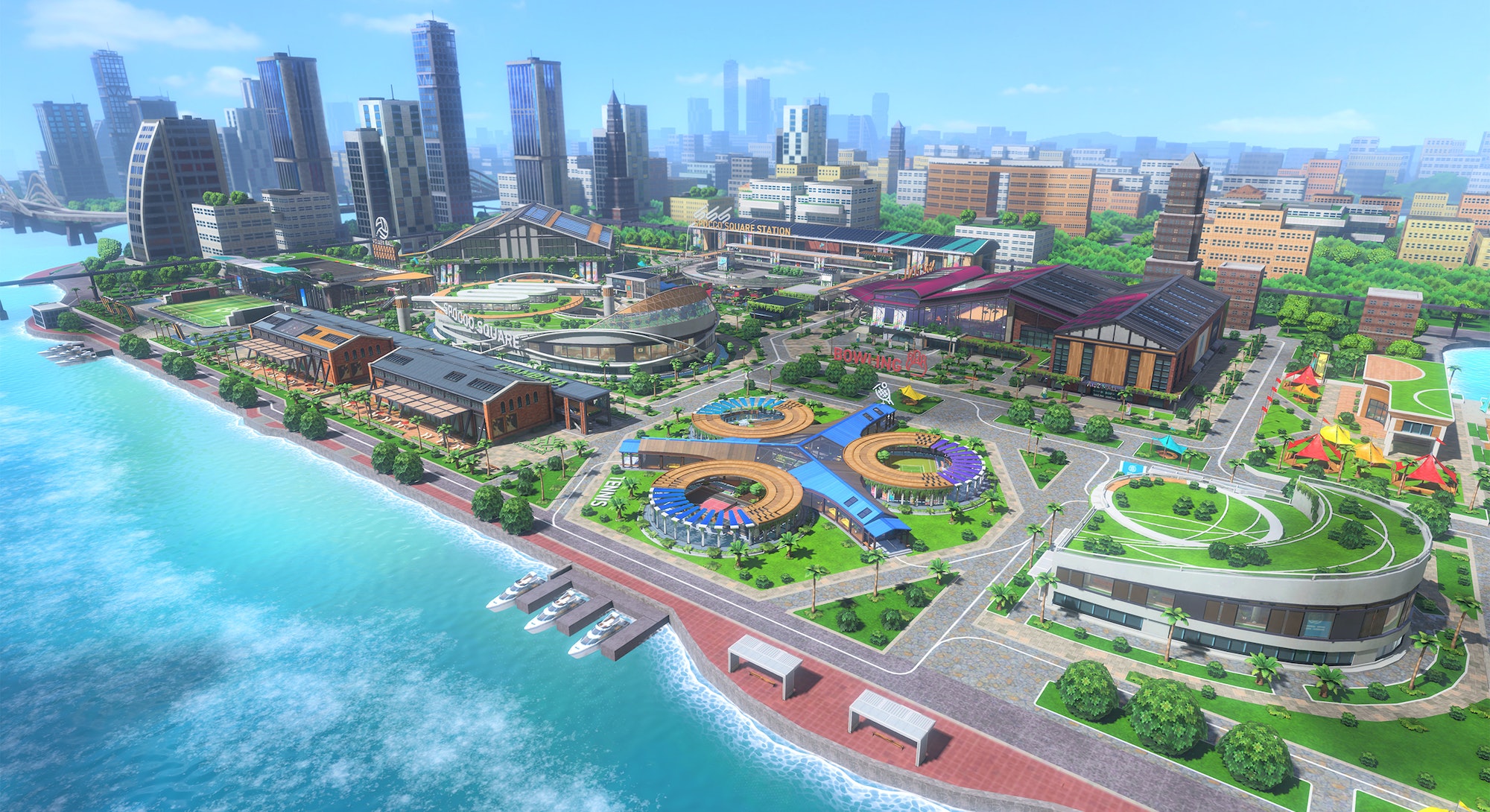 It’s been a long time coming.

The series that made the Nintendo Wii a cross-generational phenomenon and one of the top-selling game consoles of all time is finally getting a sequel. Finally, it’s time to serve aces and chuck gutter balls in the comfort of your living room all over again.

After an hour-long demo of the new motion-controlled casual sports game, it’s clear Nintendo Switch Sports is shaping up to be a worthy successor to the venerable Wii Sports and Wii Sports Resort. As with previous iterations of the series, some of the activities on offer are more intuitive and appealing than others, but it’s already easy to imagine laughing with family and friends for hours on end as you play your faves over and over. (But why oh why didn’t this game come out two years ago, when we needed it most?)

Out April 29, Nintendo Switch Sports will include six sports at launch — Badminton, Tennis, Volleyball, Bowling, and Chanbara. Golf will join the lineup later this year as a free update. Each sport features a variety of modes for up to four players, so if you’re feeling a bit daunted by the prospect of a full-on soccer match, you can practice shooting goals first. Simple, straightfoward tutorials ensure you’ve got the basics down before sending you into the fray.

Here’s a rundown of our thoughts on each sport.

As a native Californian, I live in perpetual fear of being asked to play volleyball at a moment’s notice. Thankfully, you’re far less likely to get whacked in the face playing the Switch Sports version, but you are definitely going to want to dig up your old wrist strap to avoid launching your Joy-Con straight into your television. I realize many of us “cool adults” probably never even attached the strap in the first place, but trust me.

This is one of the more complicated games of the bunch, with various movements to spike, set, serve, and bump. You don’t have to worry about your position on the court, just doing the right moves at the right time. It’s definitely fun and mimics the actual movements of the sport pretty well, but during heated rallies it can feel like an awful lot is happening at once, which makes it too easy to lose track of your character in the four-player split-screen.

You’ll need a leg strap for this one, which can be purchased separately for about $10. It also comes with physical copies of Nintendo Switch Sports, which retail for $49.99; digital-only copies are $39.99. You’ll already have a leg strap if you own Ring Fit Adventure.

I was surprised by the accuracy of the Joy-Con and the leg strap while kicking goals — there’s a lot of leeway to angle or spin your kicks. I enjoyed simply drilling balls into the back of the net more than a four-person match — your stamina bars are pretty chintzy, and I far spent more time fruitlessly sprinting and catching my breath than making passes or taking shots.

Both of Switch Sports’ racquet games benefit from straightforward mechanics, and are fun and easy to pick up, even for less experienced or younger players. Both allow you to use front- and back-hand swings, though the motions to serve are slightly different in each sport. A standout element of Badminton is the ability to smash a wobbly birdie for an all-but-guaranteed point against your opponent, which makes for some exciting moments.

While these sports feel very different to play in real life, you probably shouldn’t be sprinting around your living room playing Switch Sports Tennis. That means they feel quite similar, and with only six sports available at launch, the decision to include both is a bit puzzling.

It’s time to bust out the wooden swords and get clobberin’! This sport is probably the easiest one to start with if you’re playing with a group with mixed ability levels. Matches are short and sweet, and there’s not many fiddly movements to worry about other than which way you hold your sword.

Timing blocks and pivoting your stance are just as important as whacking your opponent into next week, so a watchful eye toward your opponent can mean the difference between victory and defeat. In the event of a stalemate, you’ll fight a tie-breaker on a much smaller platform, where it pays to come right out the gate with big swings. It’s the icing on the cake to a silly duel between friends.

The crown jewel of the OG Wii Sports is also the best of the Switch Sports bunch. Aiming and tossing are satisfyingly precise while still being fairly forgiving, making this another game that’s well suited to an all-ages gathering. Small but welcome quality-of-life changes elevate the experience further. You no longer need to hold down a trigger button to release the ball, and a four-column split screen gives you the option for everyone to play simultaneously, so matches never drag. I could — and will — play this for hours on end.

Wii Sports was its namesake console’s best-selling game, but had the advantage of being a pack-in title. Still, there’s plenty of reason to suspect players are willing to pay for a Switch installment — Wii Sports Resort launched as a standalone and still managed to claim the #3 spot on the Wii best-seller list, with more than 33 million copies sold.

Switch Sports is exactly what you hope it is — a refreshed take on a familiar formula, with thoughtful visual and quality-of-life improvements. Expect to see this one parked comfortably in the top-ten sales charts for years to come, right alongside Mario Kart 8 and Animal Crossing: New Horizons.