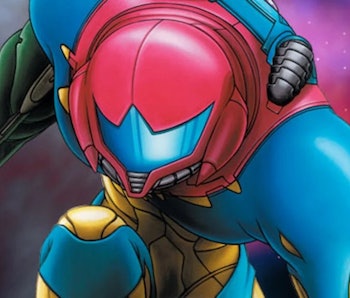 Following Nintendo’s announcement of Metroid Dread at E3 2021, the series has exploded in popularity, with many consumers flocking to older Metroid games in anticipation of the new entry. The game’s amiibo and Special Edition have unsurprisingly sold out already, and Metroid is being discussed in a way that has caught many of us off guard.

In fact, interest in Metroid has shot up so much that older GBA entries, namely Metroid: Zero Mission and Metroid Fusion, have become bestselling Wii U games. You read that correctly. The Wii U, which was basically discontinued in 2016, has risen in popularity thanks to it being the most accessible way to play older Metroid games.

While it makes for an amusing observation, it also exposes a major problem Nintendo has when it comes to game preservation. Somehow, the worst Nintendo console ever is the best way to play some vital older games in one of the company’s best franchises.

By the way: What are your favorite games and platforms of 2021, and what future releases are you most excited about? Take our poll!

The Metroid series has always been beloved, but oddly enough, it was never on the same playing field as Mario or Zelda (or even close). Metroid games usually review well but weren’t ever known for topping the sales charts. Now that a new 2D Metroid game is on the horizon (the first original 2D game in the series in 19 years), many have been wanting to catch up, or replay the previous installments.

The problem is, there isn’t a great way to do that, especially if you want to play the games that launched for GBA. If you try to buy a physical copy of Metroid Fusion for GBA on eBay, you’ll be paying well over $100. And that’s for a used copy. Plus, you’ll need to have a working GBA in your back pocket. If not, you’ll need to shell out cash for that, as well, which could cost another $100+ depending on the condition.

You can play older Metroid games easily...if you own a Wii U

That brings us to the Wii U, a system that hardly anyone bought. Interestingly, the GBA Metroid games are most accessible on this platform and can be purchased for $8 apiece digitally through the Virtual Console.

That’s exactly what many gamers have done. In fact, the games have sold so well that these two games are at the top of the Wii U sales charts. The Wii U! If you’re struggling to process how this could be the case, it’s because Nintendo refuses to release many of its beloved classics for the Switch.

This is pretty much the antithesis of how Microsoft has handled its legacy titles.

With Xbox Game Pass, you can access many titles from the company’s catalog, including offerings on the original Xbox. All of these games can be played via Xbox One and Xbox Series X|S. The subscription service has done tremendously well for Microsoft and is constantly praised, thanks to its ease of use and focus on preservation.

Nintendo has some of the most valuable IP in video game history. It could easily get away with re-releasing its older games on Switch, offering up access to its rich lineup of games, from major entries like Earthbound or more obscure games like WarioWare. It does have the Nintendo Switch Online service, which is essentially a worse version of Game Pass with a limited selection of older titles from the NES and SNES era. The problem is that the quality of these games varies, with many underwhelming entries that feel like afterthoughts.

It’s frustrating that Nintendo won’t give us an easy way to buy its older games. That’s why emulation is so prominent, not because people want to save a buck but because you just can’t get a lot of these games on modern hardware.

It’s an age-old complaint that Nintendo doesn’t seem to have an answer for. Since the Nintendo Switch launched, a Virtual Console (or equivalent) has been one of the most requested features. The system has over 80 million users, and based on the bestselling games on the platform, the attach rate is often high. All gamers want is the privilege of paying Nintendo to play a wider assortment of classic games, so what does the company have to lose?

The supposed “Nintendo Game Pass” wouldn’t have to be exactly like Xbox’s successful version, but the company should at least give us easier access to older games on newer consoles. Because it is baffling that the most efficient way to play one of the best Nintendo franchises is to do so on one of the company’s all-time worst consoles.