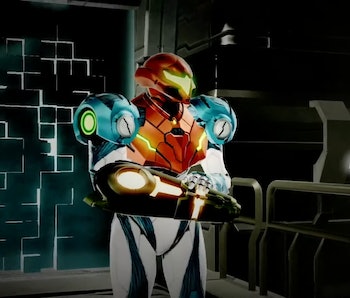 Nintendo makes some of the most joyous, beloved products of all time. Not many companies can collectively make the internet lose its mind at the mere mention of certain characters or franchises. Nintendo has come a long way since the dark days of the Wii U, thanks to its successful Switch system that has sold around 80 million units. For the most part, Nintendo is in a fantastic spot right now.

But there remains one valid point of criticism that’s easy to make. It’s an almost fatal flaw that reared its ugly head once again following the announcement of Metroid Dread and its accompanying amiibo and Special Edition.

What happened? Metroid Dread is the first original 2D Metroid game in 19 years. Based on the reveal trailer, it looks like it’s going to be no less than great.

Alongside the base game, Nintendo will also release an amiibo set featuring Samus herself, along with one of the new E.M.M.I. robots. There will also be a Special Edition of the game that comes with a steelbook case, art cards, and a 190-page art book.

Here’s the bad news: It’s virtually impossible to get your hands on either of these extras. The amiibo set and Special Edition are both already sold out, just days after their initial announcement. When did they even go on sale? When will they be restocked? Both Nintendo and various retailers haven’t done the best job communicating any of this.

Certain retailers have already restocked each of these items, but whenever that happens, they sell out again within minutes. It’s as if Nintendo is selling a brand new console, reminding us of the chaotic launches of the PlayStation 5 and Xbox Series X last year. (Both consoles remain hard to come by even today, by the way.) Currently, the only way to get the Metroid Dread amiibo or Special Edition is to go on eBay and pay upwards of $300 for each.

Yet we shouldn’t even be surprised by any of this, and that’s the sad thing.

Artificial scarcity remains a problem — Nintendo constantly announces hot products that many consumers want at totally random times. Then, a limited number are manufactured. Because supply is always so low, demand always skyrockets. Nintendo has been accused of deliberately creating this “artificial scarcity” in the past.

We’ve seen Nintendo do this countless times over the years.

In 2014, finding certain amiibo was impossible. The Wii Fit Trainer, Villager from Animal Crossing, and Marth from Fire Emblem were particularly hard to find. They became referred to as “The Holy Trinity.” From then on, each time a new amiibo would release, consumers would line up at their local retailers hours in advance to ensure they’d get their hands on the latest figures.

In 2015, Nintendo actually made a comment about the scarcity of amiibo (as relayed by GameSpot).

“We appreciate the enthusiasm that our fans continue to show toward amiibo,” a Nintendo representative said. “Sales for the product have exceeded our expectations. We understand how frustrating it can be at times if consumers are unable to find certain figures, and we apologize for that.”

Nintendo went on to say that finding certain amiibo would be easier, which ended up being true for some figures, but not all.

It’s not just amiibo — In terms of scarcity, hardware like the Wii and Switch are the biggest offenders, but it even happens with Nintendo software. The most recent (and arguably most egregious) example was Super Mario 3D All-Stars, which was only available to purchase for a limited time. How can a company get away with pulling a collection featuring its most popular character from store shelves?

Evidently, the gambit paid off. All-Stars was the second-bestselling game in the United States during its launch month, according to Venture Beat, and that’s only counting physical copies sold.

Finding many Nintendo products, including the Switch itself, remains a challenge for many. Just think back to the days of finding a Wii from 2006 to 2008 when the console was nearly impossible to find. Scarcity is a historical trend for the company.

Another recent example is the popular workout game Ring Fit Adventure. Nintendo made good on a promise to release more which resulted in the game becoming much easier to find. That sort of proves that Nintendo has the ability and resources to alleviate scarcity with at least some of its products. If the company could make more copies of Ring Fit Adventure, you’d think it could release more of the Metroid Dread amiibo and its Special Editions, right?

To what extent is this scarcity truly “artificial”? We can’t say for certain, but based on the history and the evidence, it sure seems like this bold marketing and sales strategy has proven fruitful enough that Nintendo won’t stop it anytime soon.