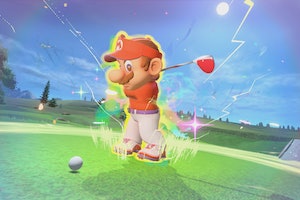 How to unlock all 6 courses in Mario Golf: Super Rush

Part of the fun in Mario Golf: Super Rush is playing the variety of courses the game has to offer. While there aren’t as many to choose from this time around, these courses vary from the flat terrain of the Rookie Course to the fiery pits of Bowser Highlands.

When you first boot up the game, you won’t have many courses available to try, so you might be wondering how the unlock process works. What’s more, the game doesn’t make it clear how to unlock the rest of them.

In this guide, we’ll show you everything you’ll need to know about unlocking courses in Mario Golf: Super Rush.

Before you tee up: What are your favorite games and platforms of 2021, and what future releases are you most excited about? Take our poll!

How to unlock courses in Mario Golf: Super Rush

The nice thing about unlocking courses in Mario Golf: Super Rush is that you’ll probably come across many of them through natural play. You don’t need to complete any difficult secret challenges or anything like that to get your hands on new courses.

Here’s how to unlock all 6 courses in the game:

You should be aware that the requirements for completing 18 holes are cumulative, meaning you won’t have to finish 18 holes in one sitting. As long as you’ve gotten through 18 holes on any given course total, you’ll unlock the next one — even while playing online. This allows you to play each course in small bursts, rather than a larger 18-hole session.

Another point is that you don’t actually need to win, or even perform well, to “complete” a hole. This means you can simply play as you normally would and still make progress. Though, the better you are, the faster you’ll be able to get through each hole.

What about New Donk City in Mario Golf: Super Rush?

During the reveal trailer for Mario Golf: Super Rush, a snippet of New Donk City was shown. This is of course, the famous level from Super Mario Odyssey that quickly became a fan favorite. Though, if you notice, there isn’t a way to unlock this level in Super Rush just yet.

It’s unclear when New Donk City will be added, or what other courses will be available via DLC. We hope there are plenty of new courses to choose from because the current selection is lacking.