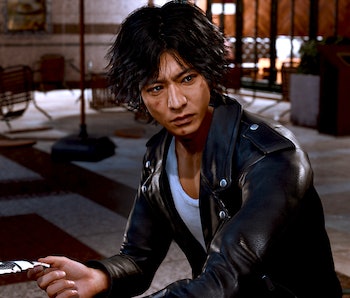 It’s time to head back to Japan’s seedy underworld. After 2020’s Yakuza: Like a Dragon turned the action series into a turn-based RPG, the spin-off sequel remains true to the studio’s brawler roots. Lost Judgment features a new story with private detective Takayuki Yagami as he investigates another murder case.

Unlike previous games in the series, Lost Judgment is getting a simultaneous worldwide release. If you’re eager to hop back into this world following Lost Judgment’s warm reception, you need to know when the game will launch. This is what you need to know about the game’s release window, including how you can get early access.

The release time for Lost Judgment differs depending on what version of the game you pre-order. To get access at the earliest time possible, you’ll have to pre-order the $69.99 Digital Deluxe or $89.99 Digital Ultimate editions of the game. If you do so, you can start playing Lost Judgment at 12 a.m. on September 21, 2021.

If you were already planning on picking up the game’s DLC, this isn’t a terrible option. If you don’t want to pay more, you’ll have to wait a bit longer.

When is the Lost Judgment release time?

If you’re just going to drop $59.99 on the regular version of the game, you’ll have to wait a bit longer. Lost Judgment’s official release is set for 12 a.m. on September 24, 2021, across all platforms.

What is Lost Judgment’s file size?

Inverse played Lost Judgment early and can confirm that its PS5 file size is 43.76 GB. The Microsoft Store says that the Xbox Series X version of the game will be 35.79 GB. This range is standard for AAA games and won’t take up a frustrating amount of your system’s SSD.

Still, make sure you have ample space before you download Lost Judgment. You should currently be able to pre-load the game on consoles. If you do that, you can start playing as soon as either of the release times roll around.

Will Lost Judgment be on Xbox Game Pass at launch?

No, it will not. Currently, the only “judgment” you’ll find on Microsoft’s subscription service is Gears of War Judgment.

Xbox has previously touted how every mainline Yakuza game is on Xbox Game Pass, and that is true. That said, neither Judgment spin-off is slated for Xbox Game Pass yet despite a tease back in June. It’s possible that the Judgment games will come to Xbox Game Pass in the future, but don’t expect Lost Judgment to be a day one Xbox Game Pass title.

Thankfully, there’s plenty of classic Yakuza to go around if you want to play that style of action game.

Lost Judgment will be released on PS4, PS5, Xbox One, and Xbox Series X on September 24.