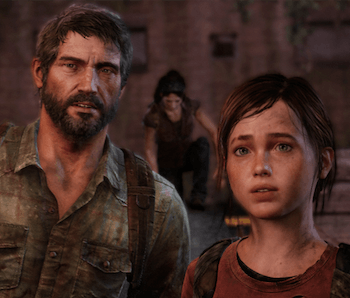 When it was released in 2013, The Last of Us was lauded by fans and critics alike, and some touted it as one of the greatest games of all time. But do you remember what actually happens during the game? Who's the leader of the Fireflies? Where do Joel and Ellie go at the end of the game?

Seven years later, recalling the finer details of the story can be more challenging than facing a gang of Clickers with just a single brick, so here's a look at everything from The Last of Us that'll be important in the upcoming sequel.

We’ve broken it down into four simple, yet crucial, plot points you might want to revisit to jog your memory.

Let’s remember the best father-daughter post-apocalyptic cross-country odyssey game of our lifetime, starting with the most important.

4. Joel and Ellie develop a father-daughter bond after Joel loses his daughter during the outbreak

When the apocalypse begins in the game’s prologue, Joel is a single father to a young daughter named Sarah, but she dies during the initial outbreak. 20 years later, Joel has become a smuggler, living a life of heavy drinking and violence. He also continues to wear the watch Sarah gave him for his birthday, even though it no longer tells time.

Enter Ellie: Because she’s immune to infection, her cells can theoretically be used to find a cure, so Joel is tasked by a militia group called the Fireflies with escorting her across the country to a lab where they might be able to do develop the cure. There's no guarantee, but it's a reason to hope in a miserable world.

Despite Joel’s hesitation and lingering hostility, the two bond during their travels, meeting all sorts of people like Joel’s brother, Tommy, who runs a settlement for survivors in Wyoming (which serves as the setting at the beginning of the sequel). They traveled together for nearly a year before reaching the Fireflies’ lab in Salt Lake City, Utah and developed a strong father-daughter bond amid the apocalypse.

Their relationship will likely remain a staple of the game during the sequel, even as Ellie takes the center stage, especially because we’ve seen Joel in several of the official trailers. Ellie grew up in this violent world with Joel as her father figure, and that cycle of violence continues well into the sequel. We don't know what their relationship is like these five years later, but given its prominence in the original, you can safely bet it'll be a focus in the sequel.

3. The Fireflies faction may have failed to develop a cure, but they're still around

In the decades following the initial outbreak, humanity became fragmented. In the United States alone, militias and factions emerged like the Hunters, the Cannibals, and the Fireflies.

The Fireflies were a sprawling underground network founded by a woman named Marlene. Their goal was to end military-occupied quarantine zones across the United States and to develop a cure for the virus. They had some success in taking over Pittsburgh. Little-known fact: In The Last of Us official canon, Ellie’s mother Anna was a member, which helps contextualize how Ellie herself eventually became involved with the group.

At the start of The Last of Us, Marlene and the Fireflies hire Joel to smuggle Ellie across the country after discovering that she was immune to the virus. The Fireflies hoped their scientists could use Ellie’s anomalistic biology to discover a cure to the Cordyceps Brain Infection. In The Last of Us’ climax, we learn that the only possible way to develop a cure is to dissect Ellie's brain. So she'd have to die, and there isn't even a guarantee that it would work. Joel kills Marlene and dozens of scientists and soldiers just to save Ellie.

Despite the death of their leader, the Fireflies will likely retain relevance in the sequel. There are still a lot of factions and Firefly logos that have popped up in dilapidated urban areas in Last of Us 2. It’s unclear if they’ll have a direct role in the plot at all, but it sure seems possible that remnants of the organization might have a vendetta against Joel for his actions.

2. Joel killed the leadership of the Fireflies and destroyed humanity’s best hope for a cure

Joel's controversial decision to save Ellie by killing dozens devastated the Fireflies as an organization, but it also means that Joel is potentially the one person in the world responsible for the fact that there is no cure for the infection. And we're led to believe that he's the only person who knows this. What if he's not?

Rather than lose what felt like a second daughter, Joel killed everyone in the facility and carried Ellie's unconscious body to safety. The game ends with them a few weeks later riding back towards Tommy’s settlement, which is visible in the distance. Joel’s sense of humanity is restored, but Ellie’s sense of hope is lost. She thought that she was special, that she could help save the world, but those hopes were dashed.

Game Director Neil Druckmann has stated on multiple occasions that The Last of Us: Part II is about how one act of violence only leads to more violence. With that in mind, Joel’s act of violence in The Last of Us is a big elephant in the room, particularly if anyone — whether they're part of the Fireflies or not — finds out the truth.

We should expect some kind of consequences for Joel’s actions in the sequel because he destroyed mankind’s best hope for developing a cure — and because he never gave Ellie the opportunity to choose for herself.

As Joel and Ellie return to Tommy’s settlement in Wyoming, Ellie asks Joel about what happened at the lab. Joel doubles down on his lie, saying that other cases of virus immunity had been found, making her rather unnecessary.

Ellie doesn’t know that Joel lied, nor that he killed numerous members of the Fireflies, including her once surrogate mother, Marlene.

At the end of The Last of Us, Ellie seems suspicious and resentful towards Joel as the bearer of bad news Ellie hoped that she could help make the world a better place, but Joel’s lie took away her sense of purpose. Had she been given the choice, Ellie may have sacrificed herself to save humanity. Not only did Joel take away that option, but he killed numerous people for her sake. Should the full scope of the truth come to light — or even if it did between the two games — then that would cause a rift between the two that might never be mended.