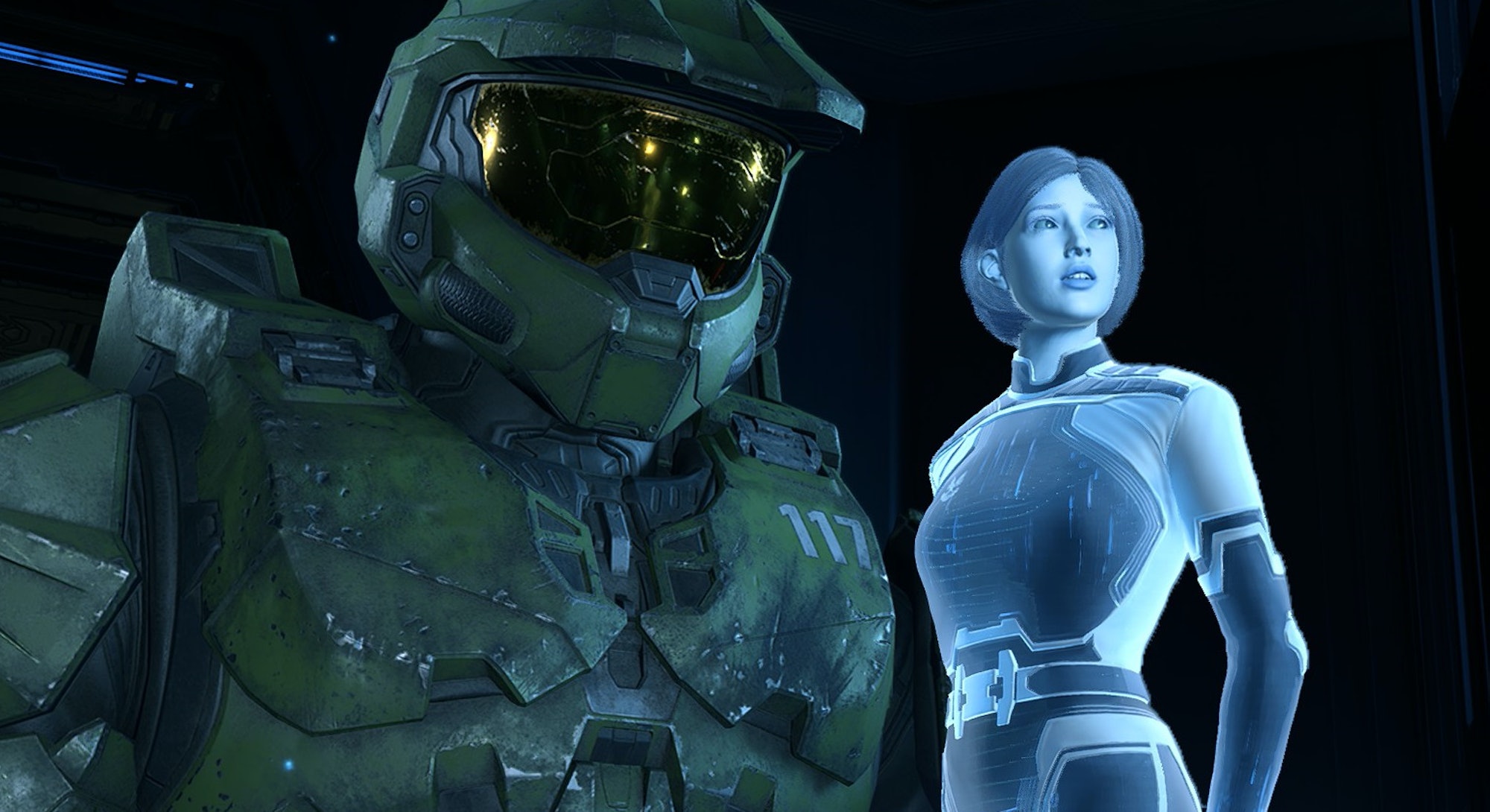 343 Industries’ relationship with the Halo franchise has been a contentious one.

After taking the reigns for the series over from Bungie for Halo 4 onwards, fans have been critical of the games’ quality, particularly of the developer’s previous installment Halo 5: Guardians. With the latest iteration, Halo Infinite serving as a make-or-break moment for both 343 and the franchise as a whole, the world of Master Chief returned to its roots, while also breaking new ground for the series by offering up a large open world

Unfortunately, 343 has overcorrected in its attempts to provide a title that will please fans of the franchise. By the time credits roll on Halo Infinite, a lot of the what made 343’s take on the Master Chief’s story different and compelling gets undone for a safe, familiar narrative that in one fell swoop, squashed my interest for future installments in ways that Halo 4 and 5 never did.

Spoilers for the Halo series and Halo Infinite follow.

Following the conflict with the Covenant that dominates the stories of Halo 1, 2, and 3, the B plot of the Master Chief and his AI companion Cortana’s relationship takes center stage when the Mantle of Responsibility passes to 343 Industries. By the time Halo 4 starts, Cortana is experiencing rampancy, a degenerative disorder experienced by artificial intelligence when they outlive their intended life cycle. At the end of the game, Cortana is thought to have sacrificed herself to win the day, but it is revealed that the very technology that she thought would destroy her actually saved her life.

A side effect of rampancy is a sense of superiority to one’s creators, and with Cortana essentially cured of her mental degeneration, that sense festers. Halo 5 ends with AI across the galaxy pledging their allegiance to Master Chief’s companion, and considering artificial intelligence controls almost all facets of life in the series, things look pretty grim for humanity. It’s a fascinating place to leave the story off, pitting these two characters that share mutual compassion, and have both sacrificed a lot to keep one another safe, against each other.

Halo Infinite unceremoniously scraps all that.

At the start of 343’s latest installment, the battle between Cortana’s “Created” and the UNSC (humanity’s space military) has already been raging for months, the details of which have been documented in a handful of Halo novels. Dr. Halsey, Cortana’s creator of which the AI is modeled after, is able to create a new AI called the Weapon that can lock Cortana out of the network that all digital sentience connects to, and confine her to Zeta Halo, the location she commands her forces from and the setting of Halo Infinite.

Soon after the Master Chief successfully deploys the Weapon, he and the UNSC ship he’s stationed upon, Infinity, are attacked by a new coalition of alien races known as the Banished, who also seek to control Zeta Halo. Months pass, with a comatose Master Chief discovered floating among the wreckage of Infinity by a stranded pilot. The two make their way to the surface of the Halo ring, where Master Chief finds the Weapon, who supposedly successfully completed her mission, and yet her automatic deletion protocol was interrupted.

As the game progresses, the Weapon and Master Chief strike up an uneasy alliance, which comes to a head when it’s revealed that the Weapon doesn’t just share similar code to Cortana, she is Cortana. More specifically, she’s Cortana before she ever met Master Chief, years before her rampancy. This dynamic helps move the story of Infinite along, leaving the player guessing as to whether or not the Weapon will somehow betray Master Chief, a concern the Spartan-II soldier shares, attempting to activate her deletion protocols toward the end of the game.

“Unfortunately, the truth was far more uninteresting than I ever could have imagined.”

There’s also the question of: is Cortana really gone? Is she working with the Weapon to undermine both the remaining UNSC and Banished? Has she possibly hijacked the Weapon’s code, even potentially pretending to be her younger self in order to trick Master Chief into getting her off the Halo ring, giving her the opportunity to reconnect to the network? These are just some of the questions that were rattling through my head as I entered the final act of the story.

Unfortunately, the truth was far more uninteresting than I ever could have imagined. It turns out Cortana is in fact dead, having been locked on Zeta Halo by the Weapon, and cornered by the Banished leader Atriox. In her final moments, Cortana realizes the error of her ways and uses what little control she does have to sabotage the Halo ring to buy Master Chief some time to stop the Banished. Aware that the Spartan soldier only ever accomplished his goals with her by his side, Cortana prevents the Weapon from self-deleting, allowing her to survive for him to find and aid in his fight against the Banished.

An ending not worth the journey

As the game comes to a close, it seems as if the AI revolution is truly over without Cortana to lead them. The pilot, Master Chief, and the Weapon ride off into the sunset, with the tease that the Weapon is taking up a new, proper name — Cortana. The folly of mankind creating the very technology that will replace them, emotionally brought to life by the personal connection between both sides’ champions: Master Chief and Cortana. How does that story resolve? Most likely, very tragically for humans and the Chief. Much easier to essentially reset the playing field to square one, and have Master Chief with a younger model Cortana taking on an “other” in the Banished.

Speaking of the Banished, their entire goal in Infinite is to rebuild the broken parts of Zeta Halo that Cortana destroyed, and unlock its power for their own use. Sound familiar? That’s because it’s basically the plot of a lot of other Halo games. In the end, it seems Master Chief is unsuccessful in stopping them from their goal, as the once thought to be dead Atriox is seen to be releasing the Endless from their prison, of which the Halo Ring seemingly served as the lock.

Who are the Endless, you ask? We don’t really know, as we really only get a glimpse of one, the Harbinger, who aids the Banished in their mission to rebuild Zeta Halo. But for all intents and purposes, the Endless seem to be an all-powerful, long-forgotten race of aliens that pose a serious threat to the entire galaxy? Does this also sound familiar? That’s because it’s also basically the plot of a lot of other Halo games, with the Flood in the original trilogy, and Prometheans in the previous 343 titles.

What’s worse, however, is that the game ends before we learn the true power of the Endless. The Flood, a parasitic force that is unwittingly unleashed in the middle of the very first Halo, moves as a hive mind and can overtake the bodies of its fallen foes to serve as new soldiers for its side. It’s an opponent so horrifying, that the previous alpha race of the galaxy before humanity, the Forerunners, built the Halo array of rings to essentially act as nuclear bombs to wipe all life in the galaxy out lest it fall prey to the hands of the Flood.

The Endless, on the other hand? We have no idea why they could potentially be more dangerous than the Flood, or why the Forefunners went to even greater lengths to lock them away. Something tells me 343 hasn’t quite figured out why either.

Halo Infinite is meant to serve as a platform for all upcoming Halo storytelling, so there’s potential that additional campaigns will roll out over the next few years that showcase the Endless and the Master Chief’s fight against them. However, that content won’t alter the fact that conflict with the Endless sounds like a derivative take on almost all previous Halo games, and that the interesting antagonism of Master Chief and Cortana, humanity against Created, has been completely swept aside.

Say what you will about the quality of Halo 5: Guardians, at least I came out of playing it excited to see where the story was going. I cannot say the same after completing Halo Infinite.