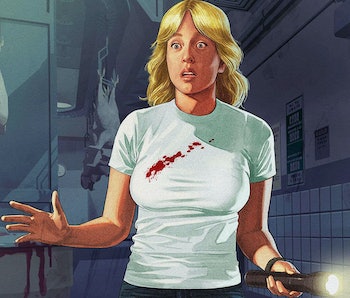 Imagine Grand Theft Auto VI as a scarecrow of leaks — nothing concrete but still standing. Developer Rockstar Games has sparingly shared information about its latest GTA installment, leaving leakers to feed to news-hungry fans. Many have reported on possible release windows, locations, and even characters over the last few years. However, one leaker recently hinted that an official update could be coming sooner rather than later.

Chris Klippel, a French journalist known for covering Grand Theft Auto and similar titles, posted an update to Twitter on March 11 about the development of GTA 6. In addition to sharing reliable updates on Rockstar, he serves as the gaming lead for French entertainment site Presse Citron. He also helms fansites Naughty Dog Mag and Rockstar Mag, both based on the American companies of the same names.

“An important step in the development of #GTA6 has just been reached. Things should speed up (internally at Rockstar),” his message reads (via Google Translate). “I think that a (real) announcement at the end of the year may be possible. In any case, I don't see the game arriving before the end of 2024!”

His original message is in French. However, those with a basic understanding of the language should be able to deduct the meaning, even without Google Translate.

Klippel predicts an official announcement towards the end of the year but doesn’t share exactly when he believes that will be. It could be that the “end of the year” aligns with The Game Awards, which often acts as a stage for blockbuster releases. However, Grand Theft Auto has a large enough following that Rockstar could drop an announcement without an occasion and still attract a sizable amount of coverage.

Klippel’s estimate for a 2024 release at the earliest lines up with what other analysts have predicted in the past. Stephen Totilo, Tom Henderson, and, most recently, Michael Pachter have reported similar timeframes from insider sources. Keep in mind, though, that this message doesn’t mean GTA 6 is coming in 2024. More accurately, it implies that the game is not coming in 2022 or 2023. 2024 is the earliest Klippel and his peers predict the game will arrive, though it might launch even later than that.

Rockstar last updated fans on GTA 6 with a paragraph tucked at the bottom of a Rockstar Newswire blog post. No details about new features, a setting, or even a proper title were confirmed.

“With every new project we embark on, our goal is always to significantly move beyond what we have previously delivered,” the post read. “We are pleased to confirm that active development for the next entry in the Grand Theft Auto series is well underway. We look forward to sharing more as soon as we are ready, so please stay tuned to the Rockstar Newswire for official details.”

So GTA 6 doesn’t seem to be coming anytime soon. As with all leaks, it's worth noting the track record of the source and that non-official information is not necessarily true. However, if Klippel is correct, we can look forward to official news at the end of the year and a possible release as early as 2024.

More like this
Gaming
Jan. 31, 2023
GTA 6 Leak Suggests the Game Could Come Out Sooner Than You Think
By Hayes Madsen
Gaming
Feb. 7, 2023
You Only Have a Few Days to Get Bethesda’s Best Stealth Spinoff for Free
By Hayes Madsen
Gaming
22 hours ago
How to Get the Scholarly Lisa Skin For Free in Genshin Impact
By Jess Reyes
LEARN SOMETHING NEW EVERY DAY.
Related Tags
Share: