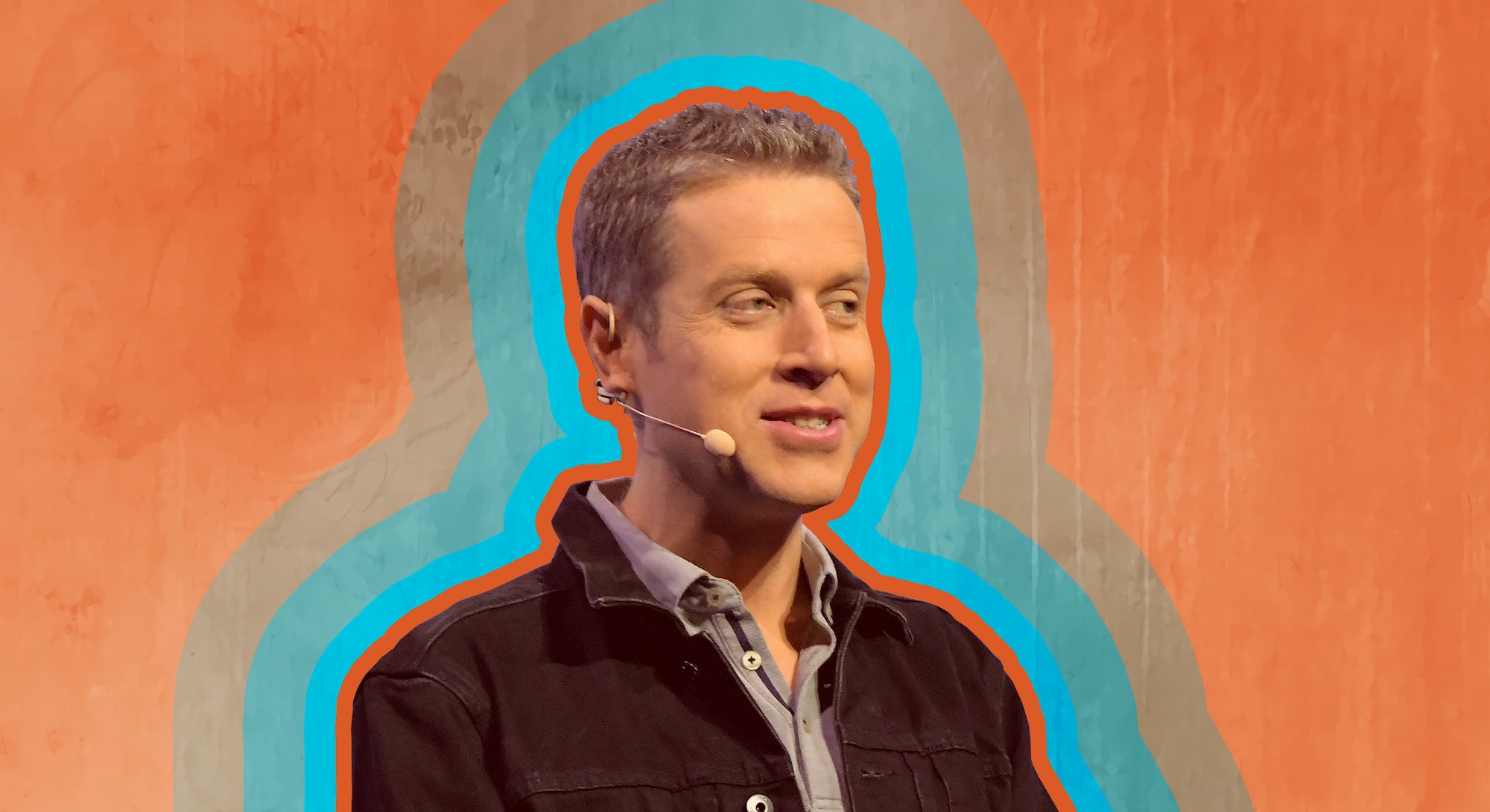 Geoff Keighley hosted the very first The Game Awards in 2014, and in the eight years since the show has grown by leaps and bounds.

The show has woven a delicate balance between awards and world premieres, which is entirely intentional.

“World premieres are what get people through the front door to watch the show,” Keighley tells Inverse. “That makes the award seen by tens of millions of people, which we think is really exciting for the teams that get recognized. They get seen in front of a lot of people.”

Keighley may be synonymous with The Game Awards, but his role in the industry goes back much further. He’s an industry veteran with decades of experience as a presenter, writer, and host, with a unique perspective on how games are made and how they manage to stand the test of time. So what kinds of innovation does he hope to see 10 years from now?

“We can't satisfy everyone, but we definitely listen to everyone.”

“Some of the text-to-speech programs online, and some of the deepfake stuff, it really starts to make you think about how that's going to intersect with traditional gaming worlds and narrative. Imagine one of these narrative games, but it's infinitely replayable, right?” Keighley says. “I get excited about the idea of a Naughty Dog game where you play through it, but the story shapes itself.”

Imagine that the same holistic approach to the procedural generation that helped build the No Man’s Sky universe or your last Hades dungeon run was applied to a narrative. We see glimpses of this in games like Wildermyth, but how long will it be until AAA studios can truly master this approach to storytelling? While it could all be years off, Keighley predicts that technologies like AI-generated art will eventually intersect with game development.

“When you look at the images that are created now with these AI programs, it makes me think that it’s possible to have this fantasy world, and someone's going to create a game where you enter, say, three prompts, and it's going to create the enemies, environment, and gameplay all around that,” says Keighley.

Talking about AI and automation invites questions about the role of creators — and workers’ rights at development studios. The last several years have seen an unprecedented push for unionization at companies like Activision Blizzard.

“Developers are a really important part of the gaming industry,” Keighley says. “Games are made by teams, and over the past few years, there have been more and more independent, smaller studios that have made incredible games on their own. In terms of the larger question around unionization in the industry, it's something that everyone needs to be thinking about and exploring. I do think there's a trend in that direction, and it's going to play out differently in different countries and different companies.”

As the industry evolves, Keighley hopes that The Game Awards can continue to foreground the contributions of developers. “The real goal of our show is to celebrate game developers and their work. That's why we like to have game developers on stage talking about their games. The more we can do to support the creators of games, is a positive thing,” says Keighley.

“I hope that the statue and the awards will outlive me.”

Still, some have argued that The Game Awards does not adequately represent all facets of the industry. The reveal of the nominations for 2022 earlier this month prompted renewed debates about AAA blockbusters potentially overshadowing smaller indie titles. Keighley says he’s “always reading the forums and threads on Reddit” to look for fan feedback.

“We can't satisfy everyone, but we definitely listen to everyone. And it's really important to us to hear what the fans are thinking. The nature of an award show is that there are going to be winners and losers. We could have 120 games nominated for Game of the Year. But that's not as special as, here are the six that got whittled down to be our final nominees.” says Keighley. “Is it definitive? No. I love when there are other award shows and other games win awards. The more awards, the better, to recognize all the great work that's done in the industry.”

Another hotly debated topic surrounding this year’s nominees has been Elden Ring’s inclusion in the Best Narrative category. Developer FromSoftware is known for its subterranean approach to storytelling, embedding lore and worldbuilding in optional areas and item descriptions. To some, Elden Ring’s nomination here doesn’t make sense, but to Keighley, it’s indicative of what really makes games so special.

“Narrative can mean different things to different people. It's also the world and the characters and the lore. It’s the evolution of the story, which definitely happens in Elden Ring, it’s just different from something like God of Wår,” says Keighley. “That speaks to the diversity of the different ways people tell stories in games. So, I understand why people have that debate about Elden Ring, but actually, it's progressive, that it’s in there.”

Keighley has no plans of handing over the reins to The Game Awards anytime soon. But that hasn’t stopped him from thinking about “succession plans,” and what happens to the show after he’s no longer involved.

“The good and bad part of the show is that I’m the face and brand of it, which I think has an authenticity to it. I'm an important piece of the puzzle, but I want to make sure that the show can continue to prosper,” says Keighley. “I hope that the statue and the awards will outlive me, and continue on for decades.”