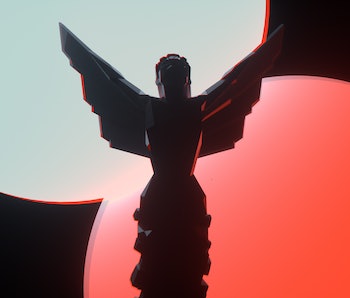 It's been a hell of a year. 2020 has seen the release of two new consoles — the PS5 and the Xbox Series X | S — and dozens of outstanding games across a range of platforms. Whether you're a fan of high-intensity shooters, laid-back sims, or big-budget adventures, there were plenty of tasty new releases this year to satisfy your cravings. On Thursday, December 10, the games industry will (virtually) gather to celebrate the best of the best at the 2020 Game Awards, hosted by Geoff Keighley.

Here's everything you need to know to ensure you don't miss a second of the reveals, surprises, and excitement.

The Game Awards kick off at 4 pm ET, with a half-hour pre-show beginning at 3:30 pm ET. (If you're in a time zone other than the East Coast, you can check out a full rundown of airtimes here.)

The event is free to stream via a variety of social media platforms, so you'll want to make sure you're somewhere with a reliable internet connection. If you're undecided, in our experience the Twitch stream tends to be a few seconds ahead, giving it a slight advantage over other platforms.

You can find a complete list of domestic and international streaming partners for the ceremony here, if you're looking to expand your options.

Earlier this week, Sucker Punch's Ghost of Tsushima snagged the Player's Voice award after a competitive online fan vote, beating out Naughty Dog's acclaimed but divisive The Last of Us Part II. Both games are also in the running for Game of the Year, along with Doom Eternal, Final Fantasy VII Remake, and Hades.

Of course, one of the biggest draws of the night will be the announcements and reveals. While the early rumor mill suggests there might not be as many stunners in store as in years past, there's still plenty to get excited about, including new content for the wildly popular Among Us and a likely first look at the upcoming Uncharted movie. Intrigued? Check out our full rundown of Game Awards predictions.

Game music aficionados will find plenty to delight their ears as well. The event's returning music director, Lorne Balfe, will conduct the London Philharmonic Orchestra live from the city's Abbey Road Studios. In Tokyo, the music of the Persona franchise will be performed during The Game Awards pre-show.