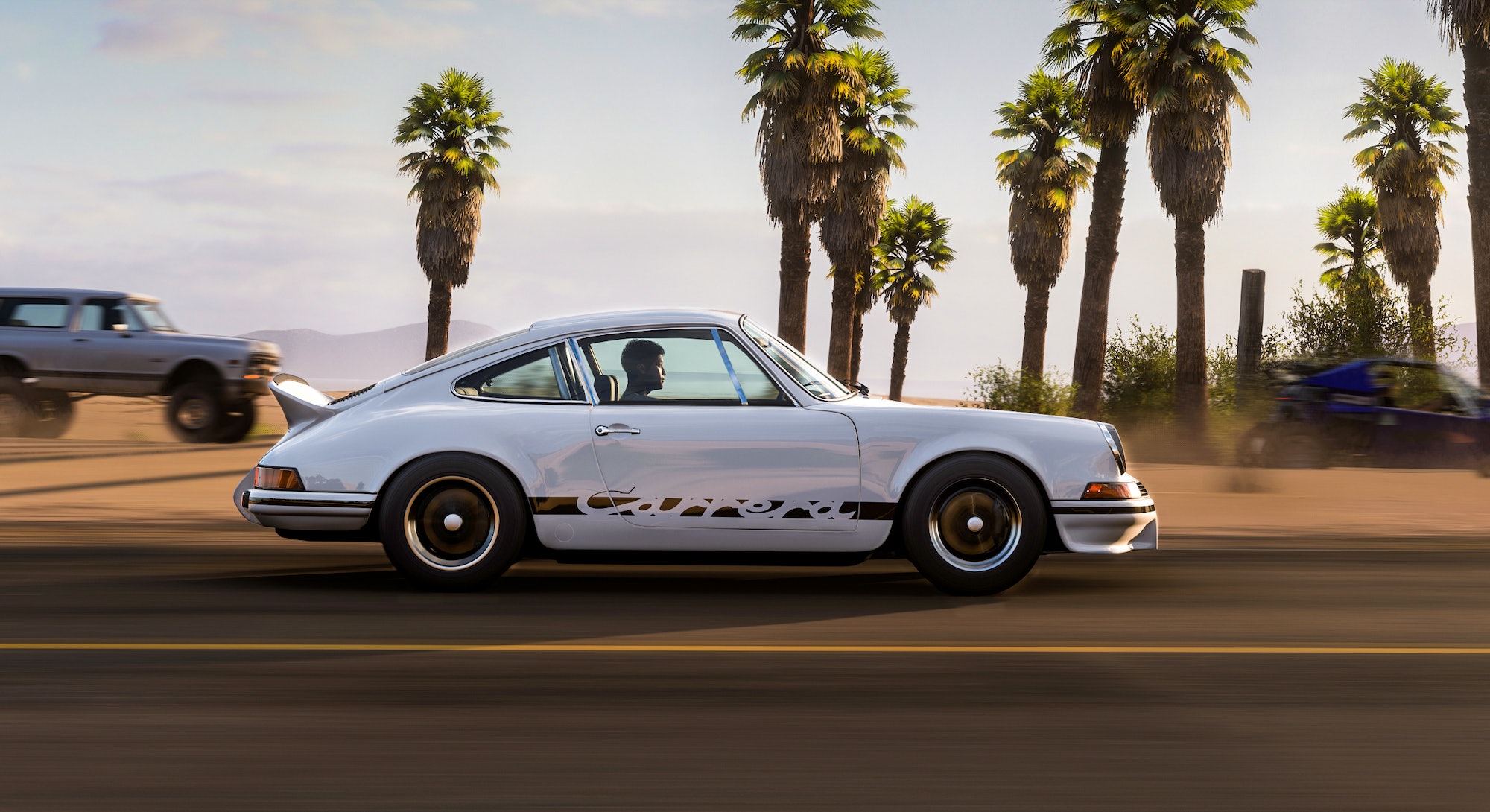 The Forza Horizon 5 team found inspiration in an unlikely place.

Playground Games Creative Director Mike Brown says his team was determined to “win an award for accessibility” from the earliest stages of development. That meant looking to an unlikely example, and one set by Xbox’s biggest rival — PlayStation.

“What are the games that can win an award for accessibility? How do they think about it? Things like Last of Us II, where it's so obvious that Naughty Dog thought about accessibility all the way through the development of that game,” Brown tells Inverse. “They were always making sure that each of their levels and missions adhered to their accessibility guidelines and accessibility objectives. Setting that goal, two-and-a-half, three years ago, led to that endpoint.”

Claiming the award for Innovation in Accessibility at The Game Awards 2021 was a triumph for Playground Games. But there are more trails left to blaze, and the studio is putting the pedal to the metal. In an update out March 1, Forza Horizon 5 will introduce American and British sign language interpreters across 150 of the game’s cinematics, a feat yet to be accomplished even in the industry’s most inclusive titles.

Gamers are likely familiar with the inclusion of subtitles as a means of conveying in-game events to deaf and hard-of-hearing players, but, as Xbox accessibility consultant Cameron Akitt explains, there’s a lot that gets lost in the translation to text for those who prefer to sign.

“For them, it’s a really tiring experience, not being able to access your first language,” Akitt tells Inverse. “We should be able to access the same story beats and narrative components. Otherwise, we’re only getting half the picture and not getting the full experience.”

Testimonials like these were offered to Microsoft as part of an internal accessibility sprint in 2019, and they served as an eye-opening moment for Brown and his colleagues. He recalls the meeting as one of “the most inspirational couple of days [of his] career.” After speaking with those who’d faced daily challenges that were different from his own, he discovered there were problems that others in the industry had yet to solve.

“I kind of realized that we weren't doing enough. It was in that moment that I thought, ‘We can do this.’ Foolish me. ‘This won't be too complicated, so we'll be able to pull this off.’ But it was a commitment that we made,” Brown says. “The first thing we had to do was have a tech solution to be able to overlay a video on top of the game without causing framerate issues.”

That was perhaps the easiest hurdle for the team to clear. In many ways, the human element of the feature was the toughest part to get right — and the most important.

“No business is set up to provide this service,” Brown explains. “If I want to add a new spoken language to the game, and we added simplified Chinese just a month ago, there are countless organizations and companies and businesses in the world [to do that]. That isn't a thing for video game translations for sign — and it isn't that common outside of video games.”

Playground reached out to the U.K’s Deaf Talent Collective, who provided interpreters to sign the script and the additional actors to provide the final performances.

“The industry is shifting.”

“It's key that it is a performance,” Brown says. “So much meaning is lost in that conversion to text. When the English-speaking actor performs that line, there's comedy in there, there's sarcasm in there, there's emphasis on things that is lost as soon as you can't hear that and you're just reading the text. The sign language actor can bring all that personality back into it.”

Once this update is installed, sign language speakers can enjoy a richer experience of Forza Horizon 5 while watching story cutscenes, jumping into challenges, preparing for a race, and meeting other players.

Brown’s one regret is that the team couldn’t get this feature in the game sooner. “We knew that in order to do this feature, we needed to have all of the game script completely locked, because we didn't want to be changing the script and then having to [work through that intricate process] again,” he says. The workflow will continue for future expansions and DLC for the game, but now the main Forza Horizon 5 script is finalized.

As long as the vision took to realize, Brown insists it was all in service of accomplishing the goal his team strove to achieve from day one. That means more people than ever before can experience the thrill of getting behind the wheel in some of the world’s most dazzling locations.

“You don't know what people's lives are like until you ask them.”

“The industry is shifting, and it's starting to recognize the importance of accessibility and the power that it has,” Brown says. “We, as creators and gamers, know how profound video games can be, how enriching. For every new accessibility feature that we can add, you open that up to more and more people. I don't think I'm the only creative leader in the industry who's feeling that way. There is a mindset shift that's gonna see the industry try and do all that we can over the next few years.”

Brown says it’s essential for Playground to maintain an open dialogue with the community to understand and keep incorporating new perspectives.

“You don't know what people's lives are like until you ask them at one of those accessibility workshops,” he says. “It's those people that will guide where we go next.”

Forza Horizon 5 is a game about freedom. It’s about feeling the virtual wind on your face at high speeds — whether you’re taking pictures of the Mexican coastline or participating in a high-stakes street race. With the ASL and BSL accessibility update, more players than ever will truly understand what it’s like to play without limits.