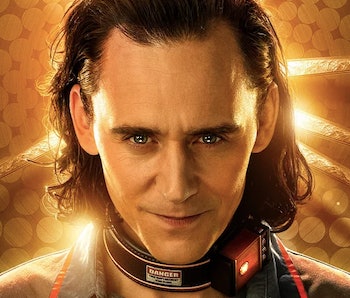 Fortnite finally gets its Loki skin later this month, and we already know what it looks like. Below, we detail all you need to know about the God of Mischief’s Season 7 outfit, including its release date, time, and how to unlock it.

When does the Fortnite Loki skin release?

Following the pattern of all other Fortnite Crew releases by making his Item Shop debut on the last day of the month, Loki will be available for subscribers to purchase June 30 at 8 p.m. Eastern.

From that point on, anyone who subscribes to the Crew between June 30 and July 31 at 8 p.m. Eastern can get their hands on Loki.

How do I unlock the Loki skin in Fortnite?

Unlike many of the high-profile licensed skins that were sold through the Item Shop, Battle Pass or rewarded through tournaments, Loki will be available as part of July’s Crew Pack.

For those who’ve been out of the loop, Fortnite Crew is a subscription offering that has existed inside Fortnite since December of last year. By paying $11.99 per month, players have access to an exclusive monthly Crew Pack, (which features a skin, Pickaxe, and Back Bling) as well as 1,000 V-Bucks for each month a player is subscribed. Those who don’t yet have the latest Battle Pass will also instantly unlock that as well.

So, in order to get Loki in Fortnite, you must subscribe to Fortnite Crew between June 30 and July 31. You can cancel your subscription after that point and still have access to the skin, but you’ll need to pay up for at least one month to get the full unlock. To do so, just go to the Item Shop or the same screen where you’d otherwise purchase the Battle Pass.

Fortnite’s Loki skin was revealed Monday morning, and it looks like this. Here, you can see what the basic Outfit looks like, alongside the Scepter Pickaxe. He also comes with the Chitauri Chariot Glider, Loki’s Welcoming Loading Screen, and Loki’s Cape Back Bling.

Is there anything else we should know about Fortnite Crew?

While the basics of Crew are pretty well explained above, there are a few tips worth noting to get the most out of your money.

That’s all you need to know about unlocking Loki in Fortnite.