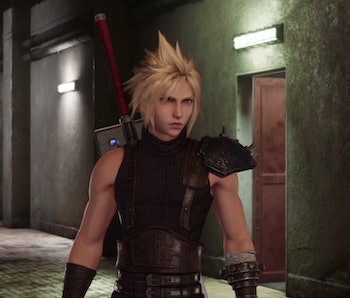 After fighting most of the contenders in Don Corneo’s Colosseum midway through Final Fantasy VII Remake, you’re told to defeat his champion, the Hell House. This boss is able to take just about everything you serve up and toss it right back at you with vigor. Defeating Hell House can be a challenge, and it's possibly one of the toughest fights in the game, so make sure you have the right tools by your side when you enter the fight.

What to equip for the Hell House fight in FF7 Remake

The Hell House’s weaknesses are fluid; they’ll change on frequently throughout the fight. To counter this, make sure that between Cloud and Aerith, every damage-inducing element is equipped and usable. That means you’ll need Ice, Fire, Lightning, and Wind at your disposal. If you’re missing any Materia, head to the vending machine found within the room closest to the Colosseum’s exit. You should be able to stock up on any gaps in your inventory there. The House has a rather strong resistance to Physical damage, so you should rely more on magical damage. Luckily you have Aerith on your side.

Make sure to bring Assess, so you can keep up with its rotating strengths and weaknesses with ease. And instead of Hard-edge, consider swapping out to one of Cloud’s other swords that boosts Magic Attack rather than physical Attack.

How to fight the Hell House in FF7 Remake

If you don’t want to waste the Materia slot on Assess, you can also memorize the Hell House’sphysical tells. You can check the element that it currently has resistance to by looking at the window color. Red = Fire, Yellow = Lightning, Blue = Ice, and Green = Wind. Any attack that matches the current resistance color will be absorbed by Hell House, and it will be weak against the opposite element. Therefore, use Ice for Red windows, use Lightning for Green windows, Fire for Blue windows, and Wind for Yellow windows. When the match begins, the house will have Red windows, so smash it with Ice attacks. It might also attack you with moves like Chair Salvo and House Call. Block these moves rather than dodging them. Cloud is a bulky character and Aerith is difficult to dodge with, so blocking will save you the headache entirely.

Once enough damage has been done, the Hell House will switch gears by casting “Barrier Shift,” changing its resistance. Check the resistance and repeat the process until you’ve done enough damage to push the house into phase two.

New and improved, the Hell House has transformed, trading its previous resistances for just an all-around barrier. In this part, wait until the boss chases you. It will eventually stop for a moment after chasing you around, granting a window to attack. There will be brief moments where it uses an elemental attack in this phase. When that happens, take advantage of the weaknesses mentioned in Part 1 to decimate Hell House.

It will sometimes enter what we might as well call a “God House” mode as well. (You’ll know it when you see it!) When this happens, stay out of the Hell House’s way until it ends. You’ll be unable to do any sizable damage during God House mode, and after it ends the house it’ll become vulnerable to stagger. Once you’ve done enough damage, the Hell House will enter its third and final phase.

In the third phase, the Hell House will combine tactics from the previous two phases, including a return of elemental attacks. Use Assess on your touchpad or your keen eyes to keep up with all the changes. The biggest new addition here is the Hell House’s Heavensward attack, where it leaps into the sky, filling the arena with chair attacks. This would be too much to handle with a block, so attempt dodging in circles to avoid being slain by the attack.