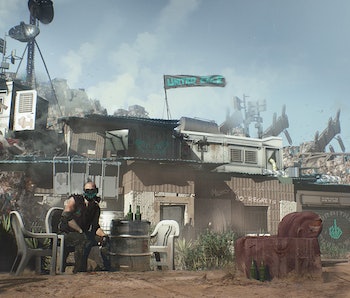 Cyberpunk 2077 is an extremely malleable game. Your choices are the primary input that goes towards creating your experience. Early on in the game, while you're still forging your own version of protagonist V, you can choose a Lifepath. It's essentially your character's origin story. You're given many options, but which one is best for your needs?

Here’s everything you need to know about Lifepaths in Cyberpunk 2077, including which one is best for you.

What is a Lifepath in Cyberpunk 2077?

A Lifepath is your character's background or origin story. You can choose from one of three options: Nomad, Street Kid, and Corpo. Your selection dictates certain changes that can be found throughout the game. These changes include:

There are likely other minor alterations that will become more obvious as gamers progress in Cyberpunk 2077.

No Lifepath will block you from creating specific builds or your ideal character. From what we know, Lifepaths only affect your narrative options, so choose the one that jives with your story the most.

What is the Nomad Lifepath in Cyberpunk 2077?

The Nomad Lifepath places your providence in the Mad Max-style Badlands deserts outside Night City. Jackie Welles will recruit you from the Badlands to aid him in smuggling contraband into Night City.

As a Nomad, your V will experience Night City for the first time as you do, taking it all in. This shared experience might make this option quite neat; you'll be able to find the Nomad V a bit relatable.

It should be noted that despite entering Night City for the first time with you, your V will never remark on glitches.

As a Nomad, you'll have access to a wealth of information from fellow Nomads in Night City, and you'll have different dialogue options when it comes to discussing machinery or vehicles. This option is also where you'll see a cameo by YouTuber and former IGN presenter Alanah Pearce.

What is the Street Kid Lifepath in Cyberpunk 2077?

As a Street Kid, you'll be a regular gang member. Night City's underbelly will welcome you, allowing you to be immediately privy to certain pieces of information relating to criminal activity.

Your story begins as you're returning from doing business in Atlanta, and a friend is asking you for some help.

You'll meet Jackie as he points a gun to your head, ready to shoot your noggin'. After narrowly escaping a run-in with the cops, you two will become fast friends.

What is the Corpo Lifepath in Cyberpunk 2077?

As a Corpo, you'll have insight into corporate lingo used by employees around Night City. This will allow you to see through certain types of trickery in dialogue options. When you join Night City's underbelly, you'll be treated as an outsider on this path. You'll have no knowledge of either the Badlands or Night City's streets.

You'll begin this Lifepath as an employee of Arasaka Corporations and a good pal of Jackie. In an attempt to move yourself up the corporate ladder, you'll request some help from Jackie to complete some backstabbing. Somehow, the corporation is onto you and exiles you from the company before you can cause any trouble.

There's no "best path" in Cyberpunk 2077. Each one has equal pros and cons. No single path is the best path. You won't be barred from any stats or abilities from the path you choose. These choices only decide portions of your story. Lifepaths are more small bits of narrative glazing than major choices that will block you from enjoying the entire game.

So the best way to decide is to just look at it purely from a role-playing perspective.

This article was originally published on Dec. 11, 2020