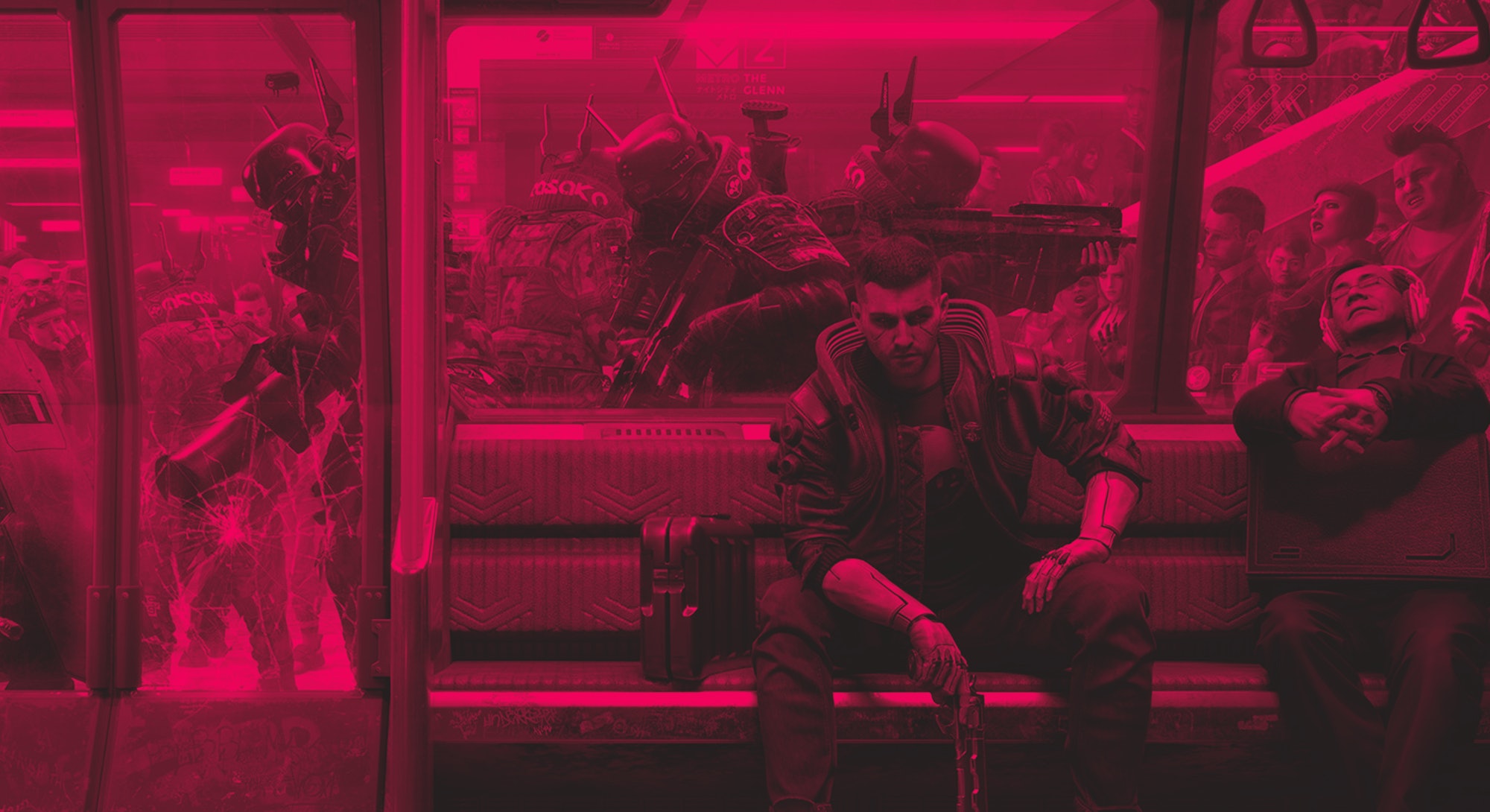 I missed a historical moment because of Cyberpunk 2077.

As Congress voted to impeach President Trump for the second time over his involvement with last week’s attack against the Capitol, I was watching a five-minute apology from CD Projekt Red instead. It was only after a good half-hour of scrolling through a feed full of hot takes that I even realized the vote had happened. (It took even longer to discover that James Harden has been traded to the Brooklyn Nets, which is arguably more important, depending who you ask.)

The Cyberpunk news cycle has been exhausting, to say the least. After a long summer of gaming announcements littered with too many Night City Wire livestreams to count, the long-anticipated title landed with a resounding thud on December 10. Drama surrounding the game's rocky launch dominated conversations in the gaming space for weeks. Between the bugs, refunds, review controversy, lawsuits, and much much more, Cyberpunk 2077 has become a PR nightmare for CD Projekt Red.

That’s where the company’s latest video comes in, marking the formal start of CD Projekt Red’s global apology tour. The clip features CD Projekt Red co-founder Marcin Iwiński explaining what went wrong with the game’s launch. He outlines what led to the unstable last-gen console release, offers an update on patch timing, and reveals that the game’s next-gen upgrade won’t come until the back half of 2021.

Despite the candor, numerous fans are still unforgiving. That's in no small part because Iwiński conspicuously skirts around a few of the game’s biggest controversies in the clip. A response to the company’s now-notorious crunch practices, which saw developers forced to work nights and weekends for months, is buried in a follow-up blog FAQ on its website. Instead, Iwiński attributes many of the problems up to the company’s testing process, prompting claims the studio threw its QA team under the bus.

While the video was clearly intended to be an olive branch to fans, it sets as many fires as it puts out. If it seemed like we had finally made it through the never-ending news cycle, buckle back in. Things are only going to get worse.

The constant barrage of critical headlines all pointed at a single game isn't exactly what we’re used to seeing within the industry. There tends to be a general flow for major releases:

After that, fans finally get to play the games after years of waiting. Buzz tends to die down rather quickly as our focus shifts to the next big thing on the calendar.

This is a healthy way to engage with the media we love, regardless of the specific medium. In small doses, the “hype train” is a fun little marketing ride that gives us things to look forward to.

But getting off at our final destination is important too.

At the end of all the excitement, players ultimately want to kick back and have fun as a sort of final reward for their patience. It’s an exclamation point at the end of a long sentence.

CD Projekt Red is expanding that established cycle into an unwieldy run-on. That’s not out of the ordinary for the studio, which prides itself on communication with fans. Leading up to Cyberpunk 2077’s release, the company held several Night City Wire broadcasts. The game was a headline every week as new details were slowly teased out. That impulse to over-communicate is now playing out post-launch too. At some point, you wonder if CD Projekt Red’s apologies will receive their own weekly branding.

With how ever-present Cyberpunk 2077 has been in recent months, it’s feeling less like a video game and more like a lifestyle. Keeping up with all the latest news is becoming a job for dedicated players. Each new announcement, product roadmap, and apology adds something else for players to engage with. The game itself feels less like a punctuation mark and more like a paragraph break at this stage as we all participate in the alternate reality game (ARG) that is the Cyberpunk 2077 meta-narrative.

“While the video was clearly intended to be an olive branch to fans, it sets as many fires as it puts out.”

There’s a bit of irony to the fact that the apology took my attention away from the impeachment proceedings. In some ways, the same feelings I’m expressing about games can apply to the last few years of politics. The news cycle feels overwhelming, making it hard to disengage. Just when some hoped it was over, thousands of home-grown terrorists stepped in to attempt a half-baked coup.

The main difference here is that the stakes should be radically different. It’s hard to really step away from politics because it affects our lives in a very direct way. Staying informed is fundamental in an era when politicians have a tendency to distort reality. Gaming should be low stakes by comparison. Cyberpunk 2077 had a rough launch? Well, now we're all moving on to Hitman 3.

Of course, it’s not that simple. There's a real human cost that comes from the kind of crunch culture that CD Projekt Red implemented to finish the game in time for launch. Some of that scrutiny is warranted. Fans hope for more ethical game development practices across the industry. But some of our more nitty-gritty discussions about every behind-the-scenes moment borders into the obsessive territory.

Hell, I’m adding to the problem right now. The irony isn't lost on me.

Entertainment should be, well, entertaining. That means different things to different people. Some want to be challenged by difficult work that offers a practical benefit. Others want escapism that takes us out of reality for a brief moment. At the moment, Cyberpunk 2077 offers neither. It’s becoming its own universe that intersects with our world while still feeling self-contained.

We’re trapped in CD Projekt Red’s orbit and I’d like to come back to Earth now. Welcome to Cyberpunk 2021, Samurai.