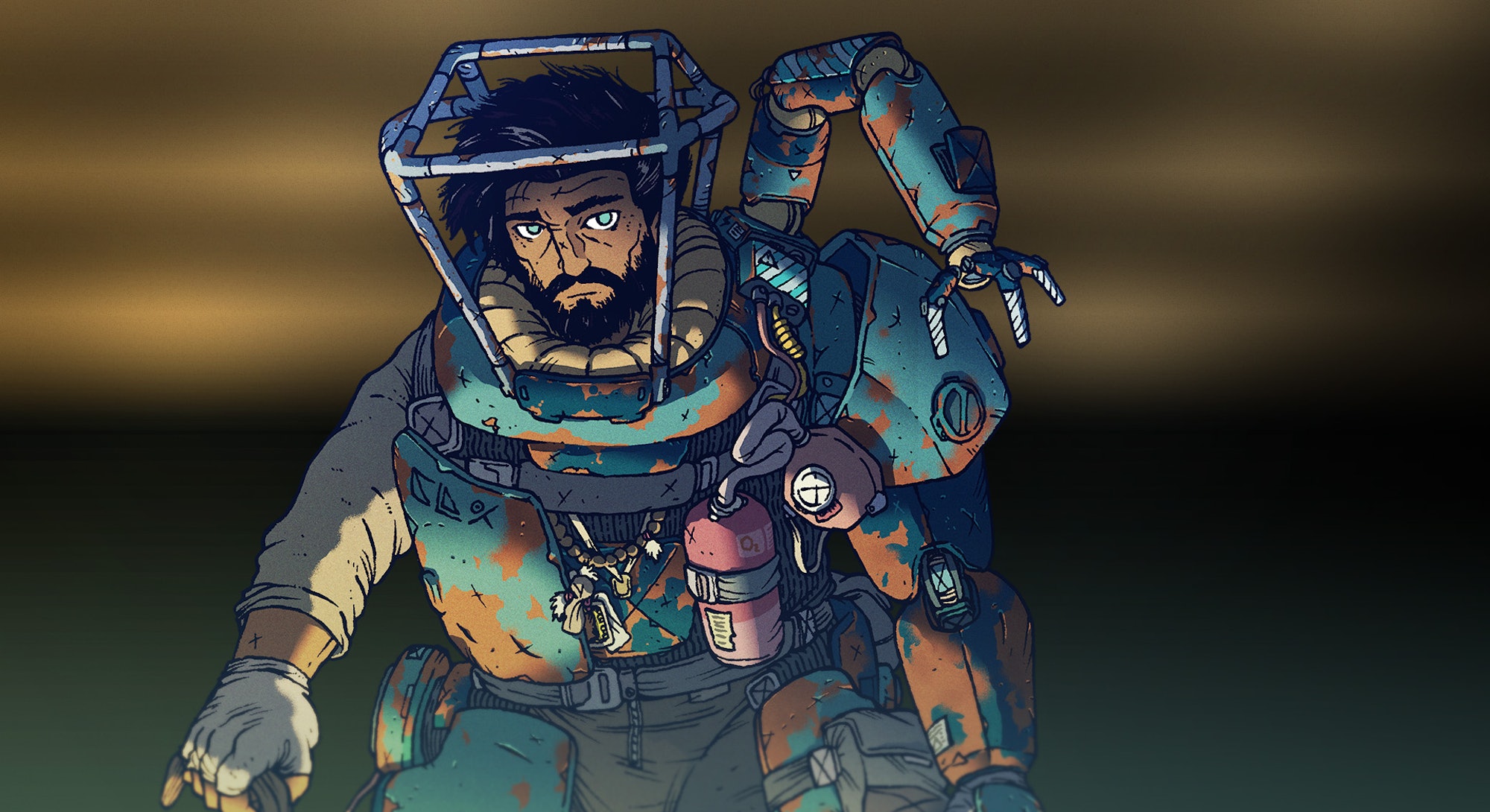 A roll of the dice.

That’s what determines how your day goes in Citizen Sleeper, as it does for so many people living in precarity in the real world. Its premise may be classic science fiction, but the struggle for self-determination and bodily autonomy at Citizen Sleeper’s core is all too familiar today.

Released in May of this year, Citizen Sleeper puts you in the role of a Sleeper, a robotic body with a cloned human consciousness, on the run from the corporation that owns you. As the game opens, you’ve escaped to Erlin’s Eye, an independent space station where you’ll soon make a home as one of many things: a farmer, a shipbuilder, a scavenger, or a friend.

Citizen Sleeper won over critics and players (myself included) with its emotional story and well-realized characters. Refuge, the second of three planned DLC episodes, launched on October 27. It continues the story of a refugee flotilla’s arrival at the Eye, which began in the first episode, Flux. Before its release, Gareth Damian Martin spoke to Inverse about how Citizen Sleeper grew out of temp jobs and tabletop RPGs, and where it might be heading next.

A machine for telling stories

As soon as Flux was released in July, fans were eager to find out what would happen next in the story. At the time, Damian Martin had no idea.

“I genuinely couldn’t have told you at the start of making the second episode how it was going to end. I didn’t want the episodes to turn into too massive a project, so I kept them to a month’s development each,” Damian Martin tells Inverse. “The trick is to do them reasonably fast so I can’t change my mind too many times.”

That speed is possible thanks to the tools Damian Martin developed to create Citizen Sleeper. They were designed to expedite adding new content to the game, which is also how Citizen Sleeper came together in just two years.

“Citizen Sleeper was an experiment in making a minimum viable version of something,” Damian Martin says “I wanted something lightweight that does everything I need it to do but has the potential to expand from there.”

And expand it did. Damian Martin says the flotilla at the center of the DLC episodes was something they started working on early in development, but it was too large to fit in the base game. After Citizen Sleeper’s glowing reception, Damian Martin decided DLC was viable, and an episodic structure would work perfectly.

“I conceptualized the entire structure of Citizen Sleeper like a TV show,” Damian Martin says. “Over a season you have a set of character arcs, and sometimes you focus on one character for an entire episode and then don’t hear from them for a while. The idea was to replicate that structure but have the player decide which characters appear.”

Even more than television, tabletop RPGs inspired Citizen Sleeper’s design. Using dice rolls to determine the outcome of your actions may be the most obvious example, but the influence goes much deeper.

“At night, I would play tabletop games and just watch stories appear so fluidly out of rules.”

While Damian Martin was developing their previous game, In Other Waters, they started playing tabletop RPGs like Blades in the Dark and listening to live-play podcasts, which tell stories using different TTRPG systems. Damian Martin, who has a background in theater, says they found the energy of live, collective storytelling in TTRPGs familiar and fascinating.

“During the day, I was really struggling with the narrative of In Other Waters,” Damian Martin says. “Then at night, I would play tabletop games with my friends and just watch stories appear so fluidly out of rules. I thought, ‘I’d much rather do that. How can I do that in a video game?’”

That question helped Damian Martin form Citizen Sleeper’s development tools into “a machine that can tell a lot of stories.” In tabletop games, the same set of rules allows you to do almost anything you can imagine. Damian Martin wanted to capture that same energy for Citizen Sleeper.

“The dice allow you to do anything from babysitting to working as a gang enforcer.”

While dice grant players freedom to pursue any path they want, they also establish boundaries and make chance a crucial factor.

“The dice system was very much about the idea of precarity and the way we’re exposed to chance,” Damian Martin says. “Working temp jobs and gig work as I did, you’re living a life where one thing going slightly wrong can become a whole horrible cascade.”

“When I play Mass Effect, Commander Shepard reminds me of bosses I’ve had.”

These precarious jobs led Damian Martin to want to make what they call “the gig work game.”

“Even the most banal work enacts itself on your body and your mind and your whole being,” Damian Martin says. “It’s a lifetime of experiences bubbling up in Citizen Sleeper. Pretty much all the characters have had their minds or bodies affected by the labor they do, and half of them are based on people I met working agency jobs.”

Damian Martin’s desire to see stories like their own represented in games was a driving force behind Citizen Sleeper’s narrative threads of labor, community, and bodily autonomy.

“I wanted to make a sci-fi game that relates to my life, and I felt like other people would want that experience, too,” Damian Martin says. “I love Mass Effect, but when I play Mass Effect, Commander Shepard reminds me of bosses I’ve had.”

In that way, Citizen Sleeper is a deeply personal game, but that sense of intimacy also makes the sci-fi story relatable. Succeeding in Citizen Sleeper means risking your body to perform labor, and clawing control of it back by taking stabilizing drugs made by an exploitative corporation.

“I’m asking people to project their relationship with their body and their self.”

As a trans person, I saw my experience clearly reflected in the Sleeper’s struggle to own their body and their identity. Even if your life is vastly different from Damian Martin’s, you may see echoes of yourself in the same story.

“I’m asking people to project their relationship with their body and their self. For me, the trans aspect is the primary aspect of the text, but my experiences relate to other things outside of that,” Damian Martin says.

Other players found Citizen Sleeper speaking to the experience of immigrants, or people living with chronic disabilities.

“In trying to model ideas around labor and being exposed to risk and being marginalized, there was some chemistry happening there,” Damian Martin says. “We’re all in the soup together. I was just describing the soup.”

The story that began in Flux ends with the third DLC episode, launching early in 2023, but that’s likely not the end for Citizen Sleeper.

After Damian Martin released In Other Waters, they were approached by a tabletop designer about turning it into a module for the horror TTRPG Mothership.

“I don’t think he was expecting me to respond,” Damian Martin says. “But what he didn’t know is I was already working on a tabletop-inspired video game which I hadn’t yet announced.”

Though Citizen Sleeper is intimately tied to TTRPGs already, it may not get a tabletop conversion the way In Other Waters did — at least not yet.

“There’s absolutely a chance that I’ll do that, but I’m not ready to let go of the reins for Citizen Sleeper. There’s so much that I’ve alluded to, and I’d have to get to the point where I feel like I can give it over to people,” Damian Martin says. “I’m going to be selfish for a while and keep telling my stories.”