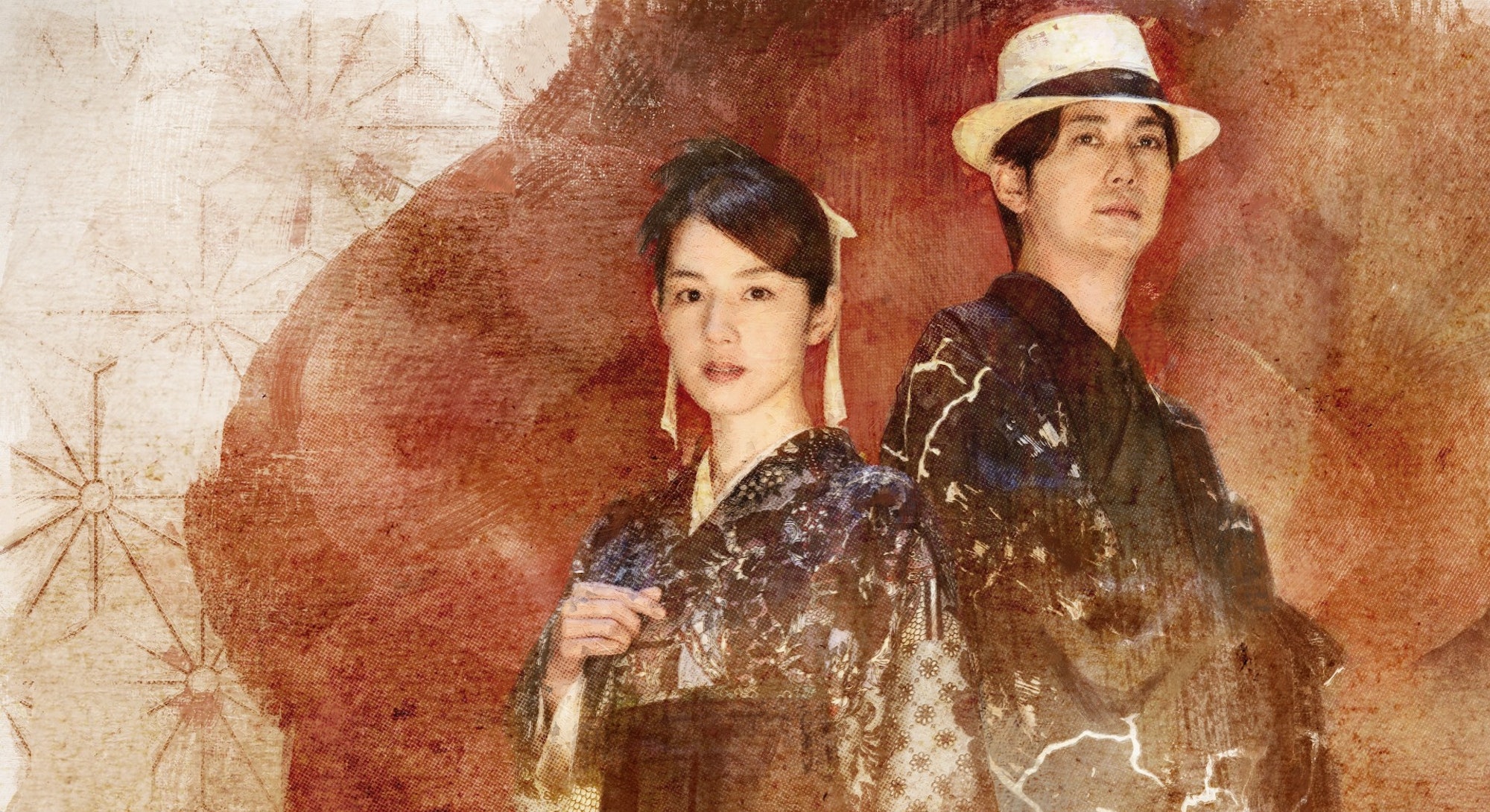 The Centennial Case: A Shijima Story is a brand-new full-motion video game from Square Enix that boasts some staggering production value. Players need to solve a selection of murder cases that span a century, all tying into an overarching narrative.

It’s an ambitious idea for any medium, but it’s one that Game Director Koichiro Ito and the rest of the development team took to with gusto. “The concept of ‘one person's crimes spanning 100 years’ came to me first,” Ito tells Inverse. “With that person at the center, I began to think of stories, detective roles, and cases/tricks for each time period.”

Inverse spoke to Ito and Producer Junichi Ehara about The Centennial Case’s inspirations, the process of making a historically accurate game, and the rising popularity of FMV titles.

Where did the idea for The Centennial Case come from? Was it always planned to be a live-action/FMV game?

Ehara - We had always planned to make it a live-action game. With that in mind, we began our research and played things like Late Shift and Netflix's Black Mirror: Bandersnatch to decide what kind of game we wanted to make. As for the structure of the game, it might be easy to grasp if you imagine Ace Attorney or Danganronpa. Our hope was to make it similar in position to something like a Life is Strange made by Square Enix in Japan.

Ehara - I think this is because players continue to seek new and unfamiliar stimuli. Unfortunately, live-action games have not evolved much in Japan, but I had envied the fact that fresh-feeling games like "Her Story" were emerging from overseas. With the evolution of technology, platforms now have the specifications to play video without load times and even keep the core game within its memory, which has certainly increased the options for developers.

The story of The Centennial Case unfolds over a century. Why did you choose this approach, and how did you write the story knowing actors would be playing multiple characters?

Ito - I thought the concept was interesting, but the entire scenario team struggled to figure out how to work it into a story, and before we knew it, a long time had passed. I am glad that we managed to put it all together. Naturally, one of the characters in the story is the "mysterious suspect of 100 years." In order to confuse the audience as to who that person might be, we decided on a style where each actor plays multiple characters in each time period. We tried to make it so that all of them would start looking suspicious as the same person is seen playing completely different characters.

How did you make sure each time period featured looked and felt accurate?

Ehara - Since the worlds of the past are within the imagination of Haruka Kagami, a novelist living in 2022, there was no need to faithfully recreate everything, but we asked experts to help us with the period research and to prepare the details.

Ito - It would be very difficult to make the entire game realistic, so we created props and artwork that give a sense of the time period in key places. These are small details, but things like the way cigarettes were rolled 100 years ago or the shape of the brazier. The music composed by Yuki Hayashi changes in tone and pitch in each period to subtly express a sense of the time period.

With an FMV game, how do you make sure players feel like they’re a part of the experience and not just watching a movie unfold?

Ehara - The game is carefully designed so that the player's thoughts do not diverge too much from those of the main character, Haruka Kagami. Therefore, there won't be any information about her past that the player isn't aware of.

Ito - While observing a crime scene or listening to a suspect's alibi, a detective does not just sit back and do nothing; his eyes, ears, and brain are fully engaged. In order to make you feel like a detective, we tried to design a game that keeps your brain active at all times, even when there are no interactions. I would like players to observe the game closely, as important clues can be hidden in the most casual of scenes. I hope that their keen observation in the "Incident Phase” will materialize into a hypothesis in the "Reasoning Phase,” and that hypothesis will become a weapon to hunt down the suspect in the "Solution Phase.”

You see each murder play out in its entirety at first. Why did you decide to go that route?

Ito - In the "Incident Phase,” we wanted to present all the clues to uncover the culprit and the trick so that the player could logically get to the truth at this stage. The "Incident Phase" is a challenge from the suspect to the player. The sentiment here is "I've shown you my hand, now try and solve this." A suspect who plays fair and square ... is worth challenging, don't you think?

Where did you film most of the scenes for the game, and did you have to build any sets for it?

Ehara - We filmed the game in a variety of locations. Some are buildings that have actually existed for 100 years, and in other cases, we built the sets. One thing we were particular about was using very little CG and filming the game with existing elements.

Ito - We shot on location at a quasi-Western-style building in Bunkyo-ku, Tokyo; a nightclub in Yokohama; a traditional inn in Izu-Shuzenji built in the Meiji era; and 13 other locations in the Kanto region. To suit the storyline, we placed cherry blossom trees where none existed or replaced all the sliding doors (fusuma) in another case.

Did you have actors in mind already when writing characters, or were the characters altered at all when actors were cast?

Ito - Some of the casting was my choice. Sometimes I would revise the script with the actors during filming. After all, filming environments have a life of their own, so the emotions and movements can turn out differently from those in the script. Everyone played their roles with such energy and vigor, and it was fun to work in such an analog way.

The Centennial Case: A Shijima Story is currently available for PS4, PS5, Nintendo Switch, and PC.