“I cannot unsee the things that I've seen to make this game.” 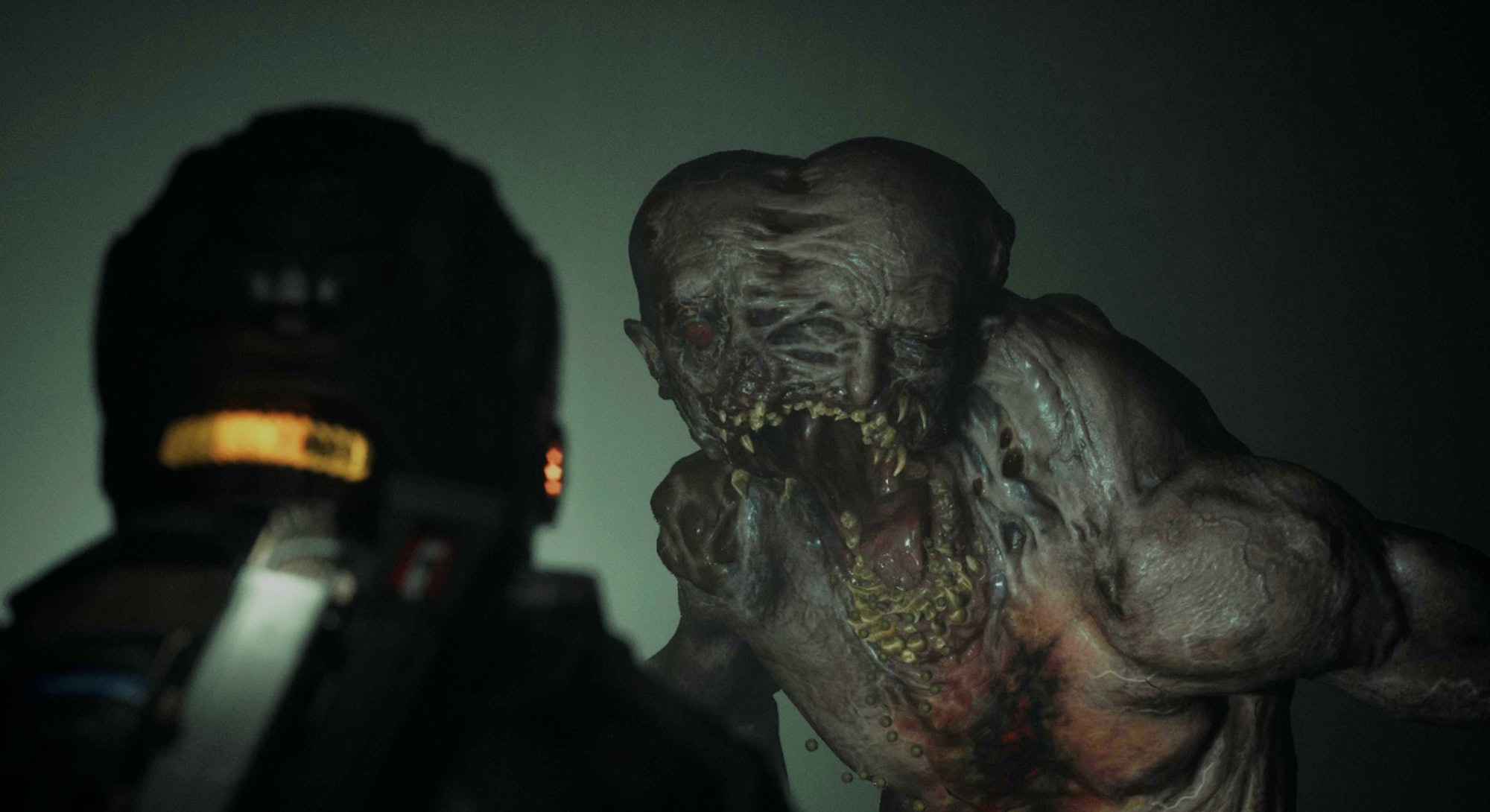 In space, no one can hear you scream as you’re running away from deadly creatures.

Between third-person gameplay mechanics and the claustrophobic spaceship corridors, The Callisto Protocol is instantly recognizable as the spiritual successor to 2008’s sci-fi survival horror game Dead Space. But Chris Stone, Chief Creative Officer at developer Striking Distance Studios and one of many Dead Space veterans on the team, says The Callisto Protocol will deviate from that formula in some unexpected and surprising ways.

“There are just things that we couldn't do before to help tell that story that we can definitely do now,” Stone tells Inverse.

In The Callisto Protocol, you’ll take on the role of Jacob Lee, a cargo ship pilot played by Josh Duhamel. Lee’s goal is to escape the terrifying Black Iron Prison, located on Callisto, one of Jupiter’s moons. Karen Fukuhara from Amazon Prime’s The Boys will also appear in the game as Lee’s cellmate.

Nearly 15 years after the launch of Dead Space, in-game characters now look nearly identical to their real-life counterparts. Stone credits this realism for making The Callisto Protocol potentially even more immersive than its predecessor.

“We are using this high-fidelity performance capture of all these characters with actual scans of them,” Stone says, “We’re able to feel and see their emotions and see the sweat as Jacob Lee is afraid of what's around the corner.”

The PlayStation 5’s DualSense controller also amps up the immersion: “Just having that little speaker in the controller has been awesome for horror,” Stone says. “The noise is kind of trickling out of the controller. Being able to play with that has been a lot of fun. The feeling we're able to deliver back to the player during combat will be very visceral and immersive.”

Callisto utilizes a mysterious lighting scheme called “The Angel of Death,” and while Stone didn’t dive too deeply into how this will work, he did hint that it might allow for deeper exploration and more atmospheric environments than have yet been seen in the survival horror genre.

“It's all about [creating] nuance and getting everything balanced perfectly,” Stone says.

The Callisto Protocol features an upgrade system and melee combat with dismemberment at the forefront, just like in Dead Space. The game’s fluid action puts an emphasis on player choice, which wasn’t necessarily present in Dead Space – a game that feels clunky by today’s standards.

“Between the melee and the projectile combat, along with the GRP [gravity weapon], these are more than just weapons to shoot an arm off,” Stone says.“‘How are we going to take this enemy apart?’ Whether hitting them with a stun baton, taking them apart with the shotgun, or throwing them against the wall, using the GRP, and then charging at them and smashing their head against a wall.”

As is the case with most survival horror games, Stone acknowledges that creating a tension-soaked atmosphere is key to the game’s success. There’s a particular fakeout during the most recent gameplay trailer that perfectly sums up what the studio is going for. It looks as if Lee is in the clear, but then, at the last moment, a creature opens its eye, but just at the right angle for only the viewer to see.

“It's this delicate dance of timing, visuals, and audio tension, and how all those things work in concert together,” Stone says. “Building the tension so the player may expect something and then not give it to them, and then give it to them right after.”

Toying with player expectations in The Callisto Protocol only drums up the dramatic tension even further.

While you may not see the connections at first glance, The Callisto Protocol originally took place within the PUBG universe. Krafton, the company behind PUBG, will publish Callisto. Stone says the team ultimately realized that connecting the two universes added an unnecessary level of complication.

“Sometimes you need to pare your story down to figure out exactly what the compelling experience is going to be,” Stone says.

“We want to focus on Jacob Lee’s experience in Black Iron prison. We didn't want to change the experience and confuse the player by trying to roll in a lot of other things. We definitely still have nods to PUBG in our game, but it is not the main throughline.”

While we know The Callisto Protocol won’t have the world of PUBG as a central focus, Striking Distance is keeping story specifics close to the chest for now. But there are a few clues we can piece together already. For instance, the story will feature human-like enemies, instead of only pitting Lee against aliens.

“Seeing [a person] that clearly was someone you used to know turn into something that you can't fathom, is much more terrifying than just a monster,” he explains.

It’s unclear if The Callisto Protocol will feature some sort of infection that causes humans to turn, but the idea of human-like creatures is no doubt horrifying. To make the game’s baddies more believable, Striking Distance actually referenced real crime scene photos, allowing designers to turn the horror up to 11.

“We looked at crime scene photos – we even looked at this drug that these people take, and it kind of makes their skin fall off. We looked at just some horrible things. We designed some of our enemies from the inside out, looking at what would be compelling for the player,” Stone says.

“I cannot unsee the things that I've seen to make this game,” Stone says.