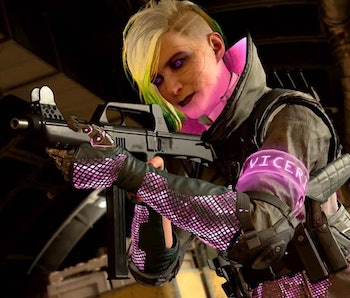 It’s that spooky time of year again, folks. To celebrate Halloween, Call of Duty is hosting The Haunting event which features new game modes, frightening skins to unlock, and of course, all plenty of zombie scares. Aside from the aesthetic map changes during the event, the other major highlight is the new LAPA SMG. This weapon can only be unlocked by completing The Haunting challenges across Black Ops Cold War or Warzone, and some of them are a bit tricky. Especially if you’re having trouble figuring out how to open Scare Packages, we’ve got you covered with a guide to unlocking the LAPA ASAP.

Since Warzone and Cold War share progression systems (as will Vanguard when it launches), you can unlock the LAPA in one game and use it across both. The Warzone challenges for unlocking the LAPA are tough and time-consuming, so unless you’re a skilled player, we advise attempting to earn the weapon in Cold War instead.

Nonetheless, the list of LAPA Warzone challenges can be found below, along with their specific rewards:

As you can see, all the challenges are tied to The Ghost of Verdansk playlist. If you play that mode a lot, many of these challenges will come naturally.

The easier way to unlock the LAPA is by playing Cold War multiplayer. Aside from the challenge that requires you to open a Scare Package, most of these are easier to accomplish than the Warzone tasks. Below are the challenges:

How to open a Call of Duty Scare Package

The trickiest challenge of the bunch requires that you open five Scare Packages. The game doesn’t really offer any information about Scare Packages, so it’s confusing trying to figure out how to open five of them. There are two ways to get a Scare Package: in Multiplayer and in Zombies.

The other way to earn a Scare Package is to play Zombies. Using this method is much more consistent. Simply play any Zombies map to round six and a Scare Package will always spawn somewhere within the stage. Do it enough times, and this challenge will be completed. You’ll then be one step closer to earning the LAPA SMG.

Call of Duty’s The Haunting event runs until November 2.