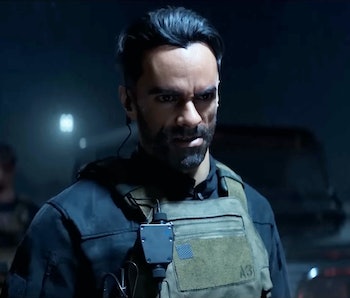 The Campaign mode in Call of Duty: Modern Warfare II gives players a lot more incentives to explore, offering a less linear experience than ever before. One new feature is the implementation of hidden safes, giving players useful rewards, along with an Achievement/Trophy for opening three of them. Opening the safes is tricky, though, as you’ll need to find their locations and know each code to get in. Thankfully, we’ve got all the details for finding and opening each safe in Modern Warfare II.

The first safe in Modern Warfare II is found in the 11th mission, “El Sin Nombre.” This particular safe is located inside Diego’s room, which can be reached by climbing up a balcony close to a courtyard with a tree in the center.

After you climb up the balcony, sneak up the stairs, grab the bottle, and head north down the hall. An enemy will be waiting, but his back is turned, so take him out, and keep heading west and you’ll come to Diego’s room.

The safe is around the corner to the right, inside a closet across from the bed.

Unlocking this safe gives you access to an armor satchel and the Lockwood 300 shotgun.

There are two safes in the 13th mission, “Alone.”

Progress through the mission and make sure you pick up as many crafting materials as you can, because you’ll need to make a Pry Tool. You’ll eventually come to a shotgun trap, followed by a set of stairs that lead to a character crawling on the ground.

Just ahead is an area that requires you to drop down, but before you do, make a left, and you’ll see a door that can be opened with the Pry Tool. The safe is in the back right corner. Be sure to look at the calendar in this room for a hint at the safe code.

For opening this safe, you’ll get a .50 GS handgun and a throwing knife.

Drop down from the previous location, head inside the El Maistro car shop, and head to the area with the elevated white car. Here, you’ll see a laptop with the safe code on the screen. Turn around from here, head to the back room with the water cooler, and you’ll see the safe.

Opening this safe gives you access to a Crossbow and throwing knife.

Call of Duty: Modern Warfare II launches for PlayStation, Xbox, and PC on October 28, 2022. The Campaign is available on PlayStation now.