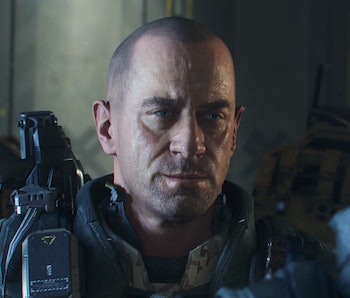 While 2020's Call of Duty still hasn't been announced by Activision yet, yet another leak has emerged that seemingly reveals tons of crucial details. This time, Doritos marketing campaign has been discovered with the long-rumored title of Call of Duty: Black Ops Cold War. While the leak is probably disappointing to the developers working on the game who wanted it to be a surprise, you can't deny the comedic irony of the new Call of Duty game being leaked by one of its most memed-about partners.

YouTuber TheGamingRevolution, who previously leaked details about this year's Call of Duty, and site Modern Warzone, teamed up on Saturday to reveal a supposedly leaked bag of Doritos sporting a cross-promotional deal with Call of Duty: Black Ops Cold War.

Modern Warzone reports that TheGamingRevolution received promotional images of Dorito’s packaging that includes a logo, title, and run dates for the promotion. If true, this leak confirms the previously leaked Call of Duty: Black Ops Cold War title while also offering up some insight as to when the game will be released.

The logo leak — The image itself appears to be from the back of a Doritos bag meant to be part of a cross-promotion between Doritos and Call of Duty that will let some players earn double experience for a year. While that deal's pretty good, it's the least interesting thing about this leak. Activision and Pepsi Co. have had a similar partnership in past years.

The packaging does appear to offer our first legitimate look at the logo for Call of Duty: Black Ops Cold War. It's made out of fairly standard bold black lettering but looks crisp with the "COLD WAR" standing out in larger font. The dates for this promotional event also inadvertently confirm a release date for the game, or at least a release window.

What do you want to see from Call of Duty 2020 and future Warzone updates? Take our poll!

The release window leak — The fine print of the bag states that the cross-promotion will begin on October 5, 2020. Call of Duty: Modern Warfare had a similar promotion that began in early October 2019 before that game was released later in the month and then ended on December 31. Gamers could get bonus experience for several hours in-game if they pre-ordered through Walmart, and the same if they purchased specific products. Instead of Mountain Dew, Game Fuel, Totino’s Pizza Rolls, and Slim Jims, this new promotion has only been associated with Doritos thus far.

This new promotion will run from October 5, 2020 to January 31, 2021. Based on all of this information, it seems safe to assume that Call of Duty: Black Ops Cold War will be released before the end of October following a month-long promotion attached to Doritos. At the latest, early November also seems possible.

The Inverse Analysis — While it's nice to have another Call of Duty 2020 leak that backs up previously leaked information, it's ironic that such important information from the game would come from a source like Doritos. Mountain Dew and Doritos are often marketed alongside Call of Duty games, and a certain portion of the internet loves making memes about it.

This leak, along with the more information-heavy data-mine of The Red Door, make it clear that Activision needs to actually announce Call of Duty: Black Ops Cold War already. August is usually when the new Call of Duty beta happens, so if the company plans on the same cycle in 2020, we'll need to hear about it soon. If not, the game will probably continue to leak from weird places like a delicious bag of Cool Ranch Doritos.