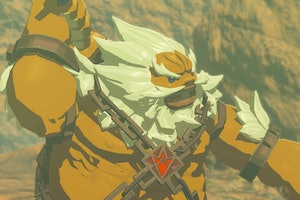 The ongoing hope is that it will be released sometime in 2021, but we don't know for sure just yet. An Austrian retailer has given fans hope this week though, as it listed Breath of the Wild 2 with a specific release window that surprised fans. But things also get a bit confusing when it could mean very different things depending on which calendar you are referring to.

Still, this is our first retail leak for BOTW 2 since last summer and gives fans hope that the wait for BOTW 2 will finally be over sometime this year.

What release window was leaked? A listing for BOTW 2 appeared on prominent Austrian retailer Gameware in late January. That listing featured a release window of Q2 2021, though it has since changed back to a more vague 2021 window.

No official date has been confirmed by Nintendo yet. So is this release window a legitimate leak or just a random clerical error? The more pressing question here, however, is what Gameware means with the "Q2."

Why is this release window confusing? This Q2 2021 listing could either refer to the calendar year or Nintendo's fiscal year. If this is referring to the calendar year, then that would mean BOTW 2 will be released sometime between April and June 2021.

If that is the case, this release window would be quite surprising as we haven't heard about the game since August 2020. We also haven't seen the game in action since its reveal in June 2019. This window would be early on in the 35th-anniversary celebration for Zelda, and Nintendo has shown that the company won't talk about games until close to release during the pandemic.

But there's another Q2 window that would make more sense when talking about Nintendo. During Nintendo's fiscal year, Q2 lasts from July 1 until September 30. This would push the release of BOTW 2 back further and to a window that makes a bit more sense.

An August or September release for the game would position the game as one of the first major titles of fall 2021. This could allow it to reach the same levels of success as Super Mario 3D All-Stars, which launched in the same period.

As such, this seems like the more plausible of the two Q2 release windows this listing could refer to. That said, it wouldn't make a lot of sense for this retailer to use Nintendo's fiscal year instead of the normal calendar year.

Is the Gameware leak accurate? We won't know whether or not this Q2 2021 release window for BOTW 2 is accurate or not until Nintendo announces a release window. The main thing that will make this leak more reliable is if the May 2020 release window they also leaked for the Shin Megami Tensei 3 remaster comes true.

The listing does use fan art instead of an official logo or box art, which does make it more suspicious. Regardless, only time will tell if this was actually an accurate leak, a lucky guess, or a complete fabrication.

When will we learn BOTW 2's official release date? With so much speculation going on around BOTW 2, fans are wondering when Nintendo will talk about it next. We don't have any idea just yet, but The Legend of Zelda franchise does turn 35 later this month. That would be the perfect time to talk about the game again.

At the very least, we will hopefully get an update on the game sometime this year as Nintendo celebrates the 35th anniversary of one of its biggest series.