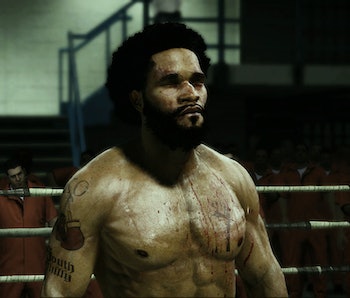 In an era where fighting games are split between massive rosters of fantastical fighters and a UFC game with plenty of issues, there isn’t much for anyone who wants a realistic fighting experience to do. Even less so if you are one of the dwindling numbers of boxing fans in the world. Fans are desperately clinging to the faintest whiff of rumor surrounding a new boxing game. It has been nearly a decade since there was a AAA boxing game available for pugnacious pugilism enthusiasts.

Xbox Game Pass subscribers need to check out this overlooked game that caters to diehard fans of the sweet science and casual gamers who just want something a little different. Everything about this game ages well, from the controls and mechanics to the soundtrack to the story. Yes, that’s right. A story. In a sports game.

I’m speaking about Fight Night Champion from EA Sports. Released in 2011, it was a critical success but not a commercial one. Best estimates put it at lifetime sales of under 2 million units, a paltry sum for a studio used to selling megahits like Madden and FIFA which typically number in the tens of millions. So perhaps we can forgive EA for deciding to make the pivot to the up-and-coming UFC brand and leave boxing on the mat. Sales of EA’s UFC franchise are robust and the sport’s popularity shows no signs of slowing down.

But that’s the thing about hidden gems like Fight Night Champion. They’re hidden. It wasn’t a massive commercial success, but 10 years later the game looks and feels fantastic. How many sports games age this well? The controls use an innovative system where punches are mapped to the right analog stick making devastating combos smooth and effortless. It’s a textbook “easy to learn, hard to master” design. The same cannot be said about the UFC games which must contend with dozens of strikes, styles and grapples, delivering a complex barrier to entry. Just ask Google:

Some of you may be familiar with the story modes EA has introduced into games like Madden and UFC, all of them offshoots of the story-driven Champion Mode pioneered by Fight Night Champion. With the exception of Longshot mode in Madden 18, none of the other story modes come close to what goes on in Fight Night. There are plot twists and character developments, ESPN segments and even Eliza Dushku! The story arc is applied to fights as well, so instead of just taking the protagonist Andre Bishop through cutscenes and vanilla matches, the game peppers in specific challenges in the fights to keep things interesting. In one fight you break your right hand and need to win with just your left. In the next, you need to KO your opponent with your rehabilitated right hand to show everyone you still got it.

Perhaps the most satisfying element of Fight Night Champion for contemporary audiences is its scathing portrayal of white supremacy. Part of Andre’s story involves time spent in prison for a crime he didn’t commit, and while incarcerated he takes part in boxing tournaments. His opponents are sneering racist assholes. And while white supremacy may not have felt as relevant when the game launched in 2011, there’s no denying it’s made a comeback in our collective consciousness of late. Fight Night Champion reminds us that punching Nazis is a damn good time.

Outside of the engaging story mode is the kind of boxing game you’d expect from EA. You can create a custom boxer and fight your way to the top of the boxing world, or you can pick from one of dozens of faithfully recreated real-world legends and do the same. There’s a lot of stats to manage, and you can change the difficulty without penalty if you’re feeling things get too hard — or, especially later in your career, too easy.

Fight Night Champion is the rare sports game that appeals to people who don’t like sports games. The narrative is fantastic, the gameplay approachable and addictive and, astoundingly, the online play remains viable with a few thousand active users each day. Boxing games may be down, but they’re not out. And everyone loves a comeback story.