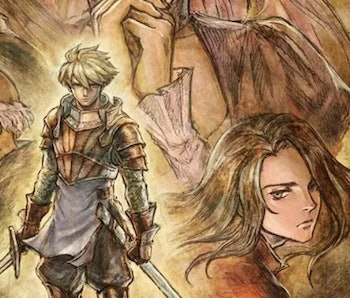 Games like Chrono Trigger and Final Fantasy VII have left a lasting mark on the game industry, but other RPGs have a more understated influence. Live A Live is a brilliant RPG that simply didn’t get the recognition it deserved in 1994, mainly because it never received a North American localization. But all these years later, Square Enix’s HD-2D remake finally brings the game into the limelight. Perhaps what’s most remarkable about Live A Live, however, is that it feels just as unique and subversive as ever, even by 2022’s standards.

(Be warned, there will be some minor spoilers for Live A Live ahead.)

Live A Live’s main selling point is its anthology-style storytelling that features eight separate characters and narratives. At its core, however, Live A Live is actually a deconstruction of the RPG genre as a whole, specifically how we perceive the hero’s journey. Each scenario tackles a different genre, like the Near Future examining the mecha genre or Imperial China adapting martial arts movies. You could talk all day about how each chapter subverts the tropes of its specific genre, but for these purposes, we’ll focus on the Distant Future and The Middle Ages, where the point of the entire effort comes together.

Distant Future is perhaps the most fascinating chapter in all of Live A Live, featuring virtually no combat and a sci-fi horror narrative that constantly keeps you guessing about the “monster.” This chapter slowly peels back various layers of mystery with an alien creature, rogue AI, military conspiracies, and more. What’s really fascinating, however, is that the story is ultimately about the failures of humanity and our inherent egocentrism; In other words, people are often predisposed to focusing on their own needs while ignoring the needs of others. In just a few hours, Live A Live manages to take a sci-fi horror scenario and impart a real message — and that’s just one example.

All of the disparate themes in the game really come together once you’ve cleared the first seven scenarios and unlock The Middle Ages. This chapter focuses on a chosen hero named Oersted, who has to take down the Lord of Dark to save a princess, which is pretty typical stuff. Here lies Live A Live’s biggest subversion, however: The hero fails, partially because of his own greed for glory. The game questions the very reason we tell stories about heroes and why we create “perfect” characters, absent of the flaws we wish we didn’t have.

Human flaws are what lead to Oersted’s fall. He realizes there never was a Lord of Dark in the first place, and his mind fractures. It’s no coincidence that Oersted is a totally silent hero ... until he loses his mind and becomes the Lord of Dark himself.

Live A Live’s core unifying theme is hatred, and how it can warp our lives and the lives of others. Oersted's hatred is so strong that he literally tears people from across time into his own, and it’s only by overcoming their differences that the main characters of Live A Live can succeed. Each main character in Live A Live is a flawed person, but each one still finds a way to overcome hate and be better. This is also why the game’s true ending can only be unlocked by refusing to kill the final boss after he’s defeated.

Past all the narrative themes, Live A Live further deconstructs the genre simply through its format and structure. RPGs, and JRPGs in particular, are notoriously lengthy experiences that require a huge time commitment. Live A Live rejects that norm and cuts out all the fluff that RPGs usually have. Instead, it focuses squarely on diverse gameplay experiences and stories in a series of tightly designed, unique scenarios. You don’t need to be into RPGs or turn-based games to enjoy Live A Live as it strives to be accessible to players of all stripes.