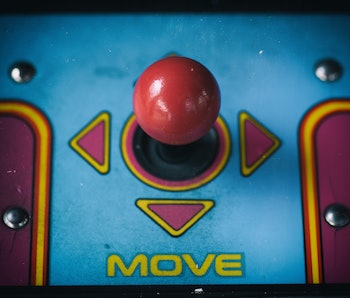 Pac-Man is a video game series that needs no introduction.

Since its original release in arcades in 1980, Pac-Man would go on to become one of the highest-grossing video game series of all time, selling millions of copies and spawning numerous sequels and spinoffs.

While many of the releases in the series have never strayed too far from the original concept, many of them have implemented unique twists to keep the formula fresh. The most recent release, Pac-Man 99, is a perfect example of that.

This is a “free-to-play” game available on Nintendo Switch, but it’s only available to those who are Nintendo Switch Online members. It’s a battle royale game that pits you against 98 other players with the goal of being the last Pac-Man standing.

What’s impressive is that, although Pac-Man 99 is an online game, it still plays almost exactly like the arcade version, proving the original has stood the test of time — even four decades later.

Part of what makes the original Pac-Man so special is the approachable and hard-to-put-down gameplay. The cute characters appeal to a wide audience; so does the chase for a high score.

Appealing to everyone was always at the heart of the series. According to series creator Toru Iwatani, the main idea was to get many people on board.

“All the computer games that were available at the time were of the violent type — war games and space invader types. There were no games that everyone could enjoy,” Iwatani said in the 1986 book, Programmers at Work.

Funnily enough, the initial design for Pac-Man was partially inspired by a pizza with a slice missing from it. The game does have a heavy focus on food: Pac-Man must consume pellets and fruit to gain a higher score.

With a departure from violence, simple gameplay, and an emphasis on food, the original Pac-Man was a game nearly everyone could get into.

That idea holds true 41 years later in Pac-Man 99. It’s available on one of the most popular systems of all time, the Nintendo Switch, and is a free-to-play game (for Switch Online members), so the barrier to entry is low.

Much like Tetris 99 and Super Mario Bros. 35 before it, your goal in Pac-Man 99 is to survive against 98 other players. As you make your way through the stage, you can attack the other players, or play more passively.

There are numerous strategies you can utilize, such as choosing to target players who are close to being eliminated or opting to protect yourself instead. Collecting all the pellets on the stage will grant you a speed boost, but doing so requires a bit more work and can be riskier.

So, the element of risk/reward is ever-present in Pac-Man 99, making it an exhilarating experience, especially when it comes down to the last 10 players or so. It’s easy to get into a zen-like state towards the later portions of a match, wherein you become hyper-focused on your movements and strategies. The music gets faster, your decisions must be executed perfectly, and the stakes get higher as you become one of the last players standing.

This is one of the shining examples of what makes this game so special, and even if you don’t win, it’s hard to stop playing. Since matches go by so quickly, the “one more match” mentality hits hard — even more so when you’re performing well.

While the game isn’t perfect by any means, it’s hard to beat free. Even if you aren’t into battle royale games, Pac-Man 99 never feels as complicated as Fortnite or Warzone, simply because of its presentation and the way it preserves the legendary gameplay of the original.