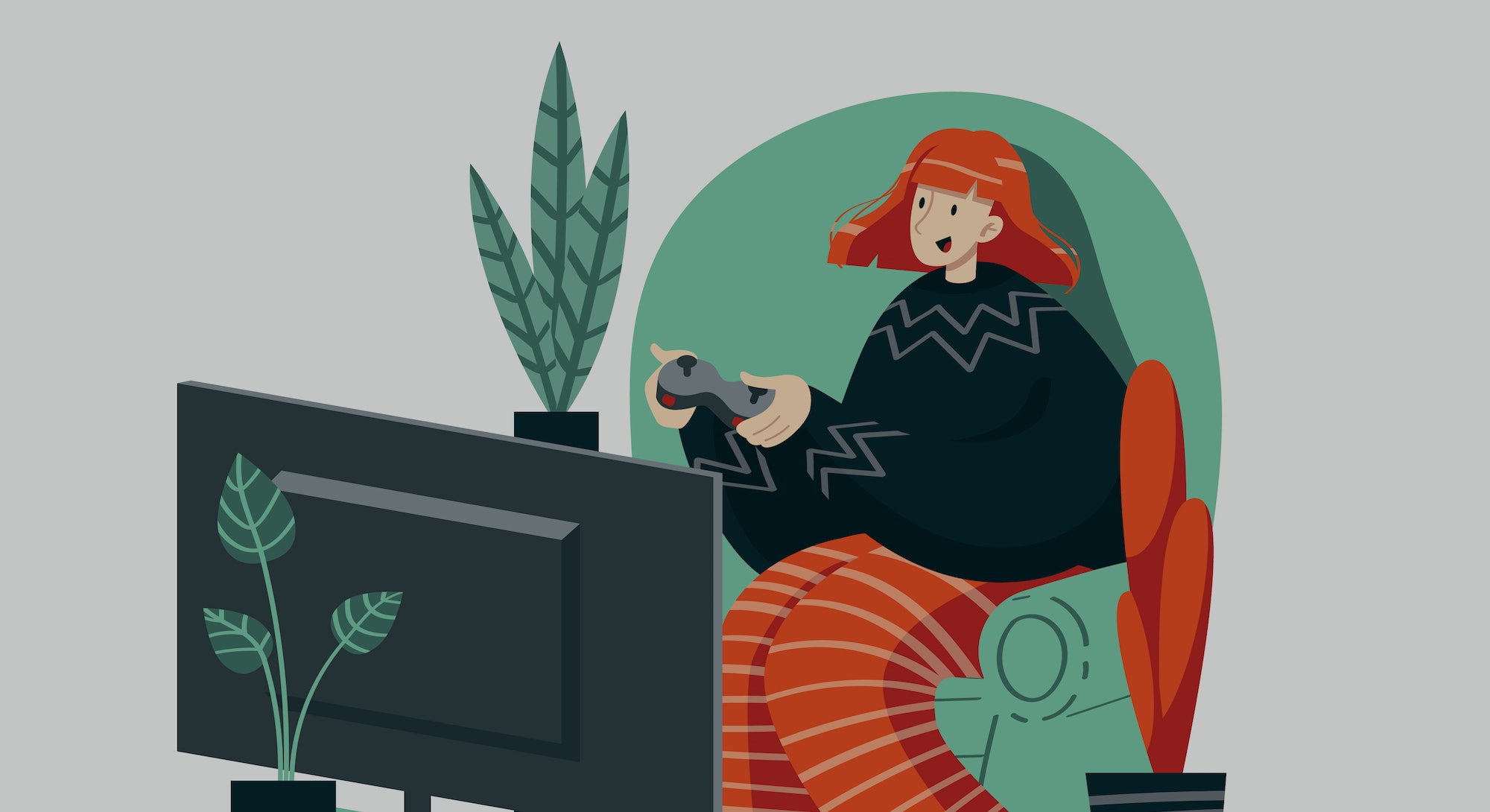 It truly is the most wonderful time of the year.

With an assortment of quality entertainment to devour, back-to-back holidays that revolve around consuming food, and perfectly chilly weather, there’s no denying that fall and winter are the coziest time of the year.

Sometimes, you just need to chill and get comfortable under a cuddly blanket, but you’ll need the right entertainment to accompany it. Playing The Last of Us Part 2 isn’t going to make you feel all warm and fuzzy. While 2021 wasn’t exactly packed to the brim with blockbusters, it was a golden age for cozy games. These are games with relaxed, low-pressure mechanics and simple aesthetics that evoke the vibe of your favorite lo-fi playlist.

Here are our six favorite cozy games of 2021.

Unpacking, from indie developer With Beam, is a game that captures the thrill of… unpacking stuff. It’s a pretty self-explanatory premise. This mundane activity becomes an engaging puzzle game that is perfect for when you’re in need of something to keep yourself occupied.

It may sound odd, but Unpacking seriously works. Whenever I was in my bed, opining about the cruelty of fantasy football or the pain of being a Chargers fan, it was nice to sit back and meticulously move furniture in a virtual room around. It was much-needed therapy. Plus, the game has a lot of heart, as putting together each room — with some unique objects to each level — tells the story of a person’s life and ambitions.

Co-op gaming is one of life’s greatest delicacies. Portal 2 might be considered the magnum opus of the genre, and for good reason. There’s nothing better than accomplishing tasks with a good friend or partner. It Takes Two, recently crowned Game of the Year at The Game Awards 2021, gives you that satisfaction in a beautiful package. It’s a wholesome story about a married couple learning to work together, all after being turned into their daughter’s dolls. It’s a bit like Toy Story crossed with Marriage Story.

But it works. You’ll find yourself getting emotional as the two reconnect and address their ideas of a divorce. While the gameplay isn’t as sharp or finely-tuned as Portal 2, It Takes Two is a masterclass in varied level design. You’ll help your partner cross platforming sections, challenge them to a Guitar Hero-esque rhythm game, pilot a boat, and face off in a snow battle. The variety makes the experience all the more inclusive and approachable for any type of gamer.

When it comes to puzzle games, practically every gimmick you can think of has been done in some way. But yet somehow, in the year of our lord 2021, Maquette from developer Graceful Decay — a name I’m eternally jealous of — still manages to show something you haven’t quite seen before.

Every action you perform on a table model is recreated in the larger world one around you. It’s gorgeous to look at — and is a lot less stressful than Jumanji.

Puzzle games can lead to frustration when you’re unable to pass a certain level, the visuals in Maquette lessen this common grumble. I’m just as guilty as the next guy with not liking things that make me feel stupid (looking at you, crossword puzzles), but simply exploring the environments on offer here is a rewarding experience in its own right. Sitting back with a cup of coffee simply admiring the level design on display in Maquette is an experience to savor.

Finally playing this cult-classic title — first released in 2010 and unavailable since 2014 — is a nostalgic delight.

While a side-scrolling beat em’ up isn’t what first comes to mind when you’re thinking of chilling out, the spirit of the Scott Pilgrim franchise helps to cultivate mellow vibesIt’s a tribute to the 16-bit era, and traversing through the snowy world of Canada feels oddly relaxing.

The game’s soundtrack, composed by Anamanaguchi, is still an absolute treat. (“Another Winter” was literally on my top five songs for Spotify Wrapped.) The music, the visuals, and even just how much it feels like a video game take me back to those simpler, middle-school aged times: sitting on a basement couch with my pal during Christmas break, munching on Tostitos and ice cream, leveling up our characters and talking about what makes video games so great. Being a nerd is fun, I’d say.

Everyone has an obscure game they absolutely RIDE for. For me, it was the 2008 Wii action-platformer De Blob. Chicory: A Colorful Tale, for all intents and purposes, is the puzzle-game equivalent to that forgotten gem. In Chicory, color makes the whole world work. So when that world is obfuscated by a mysterious, all-consuming darkness, it’s your job to paint it back together. It’s like a child’s sketchbook come to life.

Depending on the specific colors or brush styles you use for a given area, you’ll affect the environment in different ways, and gain power-ups to make more complex designs like waterfalls. There’s a satisfaction that comes with correctly painting environments to move on to the next level, but there’s never a feeling that you need to rush through. Want to just experiment? That’s cool, and seeing your paint splattered across the world is adorable. But more importantly, Chicory: A Colorful Tale isn’t only reserved for the artistic geniuses among us. It’s a game about revealing there’s an artist in all of us.

Just take a second and simply look at TOEM — a photo-adventure game from developer Something We Made. Go ahead, look at it! That’s practically all you need to be sold on it. Your adventure involves taking pictures of all sorts of odd creatures and unusual nature. It feels like an old black-and-white cartoon brought to life, and it’s incredible how diverse the environments can be — from forests, to busy cities, to snowy mountains.

The lack of menace or threat sets TOEM apart from most games, similar to the 2019 indie darling A Short Hike. Accomplishing little tasks for the friendly citizens you come across is immensely satisfying, as is returning to places you’ve already visited and finding new things to do. The creativity on display will make you smile countless times before you’re finished.

Plus, its soundtrack accompanies it perfectly, like the gentle pouring of rain outside of the coffee shop you’re inhabiting as you try to write about the coziest games of 2021. Even though the individual areas of TOEM are small, even the finest details become something valuable. It doesn’t overstay its welcome, but its low-risk gameplay steeped in ambiance will keep you coming back.