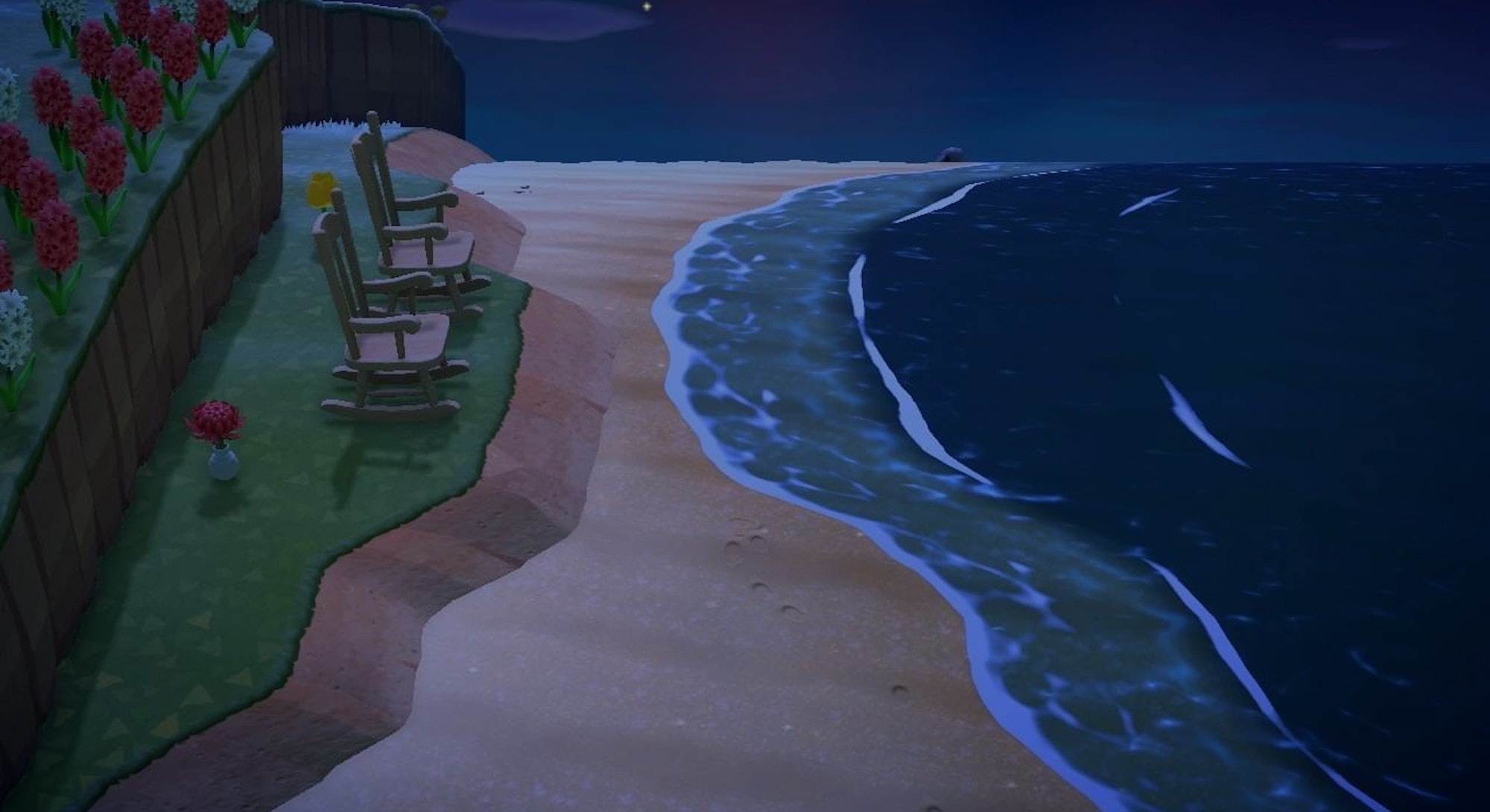 Jay Lee’s mother passed away just after midnight on New Years Eve in a hospital outside Atlanta. Three months later, with life insurance and inheritance yet to kick in, Lee was struggling to pay the bills, let alone buy a gravestone.

“I felt really bad that I didn't have a memorial for her, or any sort of way to kind of mark who she was,” Lee tells Inverse over the phone. “To be honest my mom's going without a gravestone right now just because I didn't have funds, and I didn't really have a chance for myself to mourn.”

On early April 11, Lee shared a poignant image from Animal Crossing on the game’s bustling Reddit hub: It was a screenshot of two empty rocking chairs on a small patch of grass by the beach, a tribute to their mother Alice and grandmother Lula, who died in 2018.

“Seeing others' memorials makes me feel less weird about posting mine 💜,” Lee wrote. “My grandmother passed away in 2018 and my mom died right after midnight on Jan 1st of this year. They were best friends and loved to just sit in rocking chairs and watch the world when on vacation. I hope they’d like this spot.”

Lee’s post currently has more than eight thousand upvotes, and they're far from the first or last video game fan to turn Animal Crossing into a tribute to a lost loved one. A Reddit search reveals dozens of “memorials.” Some are jokes, but others are heartfelt remembrances of dead parents, close friends, stillborn children, and pets.

It might sound strange or inconsequential, but as the virtual world eclipses the real one in our lives, it’s no surprise that people are using games like Animal Crossing to complement or replace the real world. Covid-19 is only quickening a trend that’s been years in the making, as it pushes work meetings, family dinners, and even funerals onto the internet.

“When I was making that memorial in the game, I felt like it was stupid, less significant than a real-life thing,” Lee says. “But at the same time, I was tearing up while making it, and tearing up every time I pass by it because it means a lot. It's something I was able to do for her when I haven't been able to do something in the real world.”

Jay Lee, 27, grew up in Loganville, Georgia, a small city about 45 minutes from Atlanta. Jay Lee was adopted at birth and prefers to use gender-neutral pronouns.

For the past few years, Lee acted as a caretaker for their mom. What began with back surgery about a decade ago led to shoulder surgery, and during recovery, doctors discovered a urinary tract infection that sent her to the intensive care unit twice.

“She snapped back from it,” Lee says. “It was great, but we could tell it was taking a toll on her mentally.”

On December 28, Jay’s mom returned to the hospital and by the 31st she was back in the ICU.

“It's been a very surreal past couple months, and Animal Crossing has been a huge distraction.”

They spent the night with her, playing smartphone video games, including the New Horizons precursor, Animal Crossing: Pocket Camp. At midnight, Jay texted a few friends to say happy new year and got ready to go to sleep.

Jay’s mother was on a ventilator, so her vital signs monitor had been beeping all night. A moment later, Alice was gone.

“All of a sudden nurses started rushing the room,” Jay says. “The machine didn't make any different beep or anything, but they all rushed the room to give her CPR.”

What came next was a whirlwind. “Families are kind of rushed to do something fast,” Jay says, describing a funeral and burial attended by both their mother and father’s family. “I wasn’t even able to comprehend what happened and we were putting her in the ground.”

Three months later, they still haven’t really had time to process. Lee quit their job in 2019 to take care of their mom, and says they still don’t feel mentally ready to return to work. As soon as the life insurance money arrives, a gravestone will be “the first thing” they purchase.

“It's been a very surreal past couple months, and Animal Crossing has been a huge distraction since it came out,” Lee says.

At the same time, Animal Crossing: New Horizons inspired Lee to memorialize their mother in a different sort of way.

“I'll forget about it, and then this will happen and I'll start tearing up.”

It all started when Lee read an article about an anthropomorphic wolf character in the new game named Audie as a tribute to a real-life grandma who famously logged over 3,500 hours of playtime in Animal Crossing: New Leaf (2012). It inspired Lee to design an in-game tribute to their own grandmother, who died in 2018. From there, the idea grew into a memorial to both Lee’s mother and grandmother.

“I started kinda fixing a whole little area for my grandmother and I went around the corner and there's this little alcove, and I was like, No, I'm going to make something for both her and mom,” Lee says, “and I ended up doing the whole rocking chair thing.”

For a game about collecting fruit and catching fish on a tropical island, Animal Crossing has a knack for reminding Lee about their mother. When I ask if there’s anything else they want to share, Lee mentions the letters and packages the game’s main protagonist receives from their mother.

Recently, Lee checked their virtual mailbox and found a package of tissues (sent by the character’s mom for pollen season). “I'll forget about it, and then this will happen and I'll start tearing up.”

As for Jay Lee’s own mom, Alice was never a gamer, but Jay has a feeling she would have liked this one.

“She never played Animal Crossing, but she loved to watch me and my friends play. She would've loved this new game, just how visually stunning it is.”