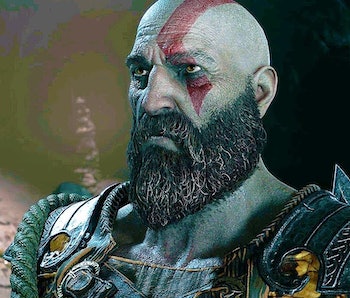 Widely regarded as one of the all-time greatest PlayStation 4 games, God of War (2018) rebooted the hardcore action franchise about a god-killing warrior by giving him a son and a bunch of Norse gods to fight. The ensuing adventure offered a tender, nuanced narrative with grueling but rewarding combat. While there may not be anything else out there quite like it, there are still plenty of games that are worth checking out if you loved Kratos' latest.

The COVID-19 pandemic is forcing people to stay indoors to practice social distancing, so it makes for an opportune time to try out new games that are similar in all sorts of ways. Did you love God of War for the gritty combat or the compelling story? Do you want more of both?

If you loved God of War, then you might also find something to love from one or all of the following seven games.

If you thrive in the face of tense, methodical combat and want to flex your skills against human players, For Honor might be the game for you. It follows a war between four factions — the Knights, Vikings, Samurai, and the Wu Lin — who battle over resources needed in order to survive. For Honor features a variety of 4v4, 2v2, and 1v1 game modes with different objectives like holding territory or finding offerings to put on shrines to get buffs.

Available as a multiplatform title, For Honor has evolved a lot since its February 2017 release, but its focus has always been on intense weapon-based combat. While it might not always feel as polished as God of War, the combat is similar and has a surprising amount of variety and depth to the various types of characters. It's definitely worth giving a shot if you want another live service title in your friend group's rotation during the quarantine.

Horizon Zero Dawn is another third-person, action-adventure exclusive to the PS4 (with a PC release coming at an unspecified future date). The game follows a woman named Aloy in the 31st century long after the apocalypse which left humans living in a tribal society. Large robotic creatures roam the landscape, and when they start acting up and attacking the humans, she embarks on an adventure to put an end to it.

Aloy's weapon of choice is a bow that gets a series of robust upgrades in a way that feels reminiscent of Kratos' axe. Both games infuse mythology into their stories in interesting ways, and Aloy's adventure should resonate with fans who liked how God of War incorporated elements that resembled an open-world.

God of War's reinvention of the series' gameplay was clearly inspired by the difficult but rewarding gameplay of From Software's games like Dark Souls. While all of the studio's action games are available on PS4 with the exception of Demon's Souls, Bloodborne is the studio's crowning achievement.

You play as a Hunter trapped in a Lovecraftian nightmare happening in a Victorian steampunk city. Hopelessly outmatched, you must face hordes of crazed citizens and all types of grotesque monsters to uncover the mystery of why this living nightmare began in the first place. Bloodborne's combat is faster-paced than Dark Souls, but the myriad of transforming weapons and pristine combat elevate the experience.

Bloodborne is often considered one of the best PS4 exclusives and even one of the best games ever made, so you owe it to yourself to try this during quarantine if you can get over the game's plague-ridden gothic world.

If you think you have a knack of action games after God of War and want to play something more bombastic and over-the-top, then you'll enjoy Devil May Cry 5. Capcom's return to this franchise follows Nero, Dante, and new character V as they fight off Demon King Urizen who's trying to invade Earth. Each of the three playable characters functions a bit differently, and there's a greater emphasis on combos and style.

Despite being the fifth game in the series, Devil May Cry 5 story is relatively straightforward, so don't let that dissuade you. Devil May Cry 5 encourages players to pull off crazy combos, and despite sacrificing any semblance of subtlety, it makes up for by being simple, flashy, and fun.

Darksiders III is another Souls-inspired action game like God of War. Despite being the third game, it's actually an interquel that takes place during the events of Darksiders II, following one of the Four Horsemen of the Apocalypse as she fights the Seven Deadly Sins.

God of War is more polished than just about every game on this list, and Darksiders III is no exception, but it manages to have the same weightiness and intensity that makes God of War so fun. It also manages to incorporate mythology in a novel way. And it does this with a badass female protagonist named Fury.

Dragon's Dogma: Dark Arisen is an action-heavy JRPG set in a magical medieval world. Players control the Arisen, a chosen one whose heart has been taken by a dragon. Your customizable character embarks on a quest to defeat the dragon and prevent the coming apocalypse. Despite a derivative plot, Dark Arisen features some interesting character classes and tactical options to tinker around with. The boss battles against larger-than-life fantasy creatures represent the game's strongest moments by far, and they rival some of the best from God of War.

Dragon's Dogma: Dark Arisen offers a lengthy video game experience that could last you upwards of 100 hours on either PS4 or Nintendo Switch, so it's an excellent RPG to sink your teeth into if you're not doing much else.

Ashen was created by a small team at A44, and the finished product is an indie version of games like God of War and Dark Souls. The core gameplay experience relies mostly on atmosphere and environmental storytelling rather than over narrative as the playable "Wanderer" searches for a new home in a deadly world. The story was created with the help of The Broken Empire author Mark Lawerence and does a lot with a little.

Despite this being an indie game, Ashen still has intricate action combat that makes games like God of War feel so rewarding. It even supports co-op, though you won't actually know who you are playing with. If you are looking for a God of War-like game but also want to support indie developers during this difficult time, definitely give Ashen a shot.