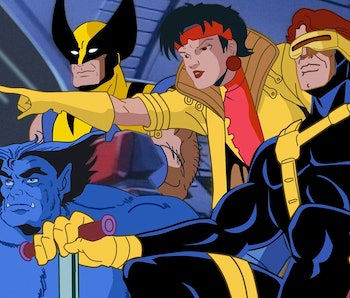 Marvel surprised comic book readers everywhere in late 2021 when the studio announced it was creating a sequel to X-Men: The Animated Series. The new show, titled X-Men ‘97, is expected to adopt the same art style and cast of characters as its predecessor, already ranking as one of the most promising TV shows Marvel has in development right now.

The studio has announced very little about X-Men ‘97 outside of giving it a vague 2023 release date and revealing several members of its creative team and cast. However, while fans may still have to wait a long time before seeing any footage from X-Men ‘97, new details about the project shed some much-needed light on its release window and connection to X-Men: The Animated Series.

What’s new — In a recent interview with YouTuber Justin Underwood, X-Men: The Animated Series writers Eric and Julia Lewald opened up about returning to work as consultants on X-Men ‘97 and revealed some new information about the series.

When asked about the project, Eric Lewald said, “I believe they’re looking at ten episodes for the first season that's going to come out mid-next year.”

“They're starting it soon after ours ended... ‘Where is [Charles Xavier] and what are we going to do with him?’” Lewald added, offering fans their first real hint at how X-Men ‘97 will connect to X-Men: The Animated series.

To Be Continued — X-Men: The Animated Series famously ended on a bit of a cliffhanger, with Professor X being taken into space by Empress Lilandra of the Shi’Ar Empire. The Empress wanted to help Professor X recover from some fatal wounds he suffered during an earlier confrontation. The series’ final moments saw the remaining X-Men looking up at the sky, wondering when — and if — they’d get to see their leader again.

Now, Lewald’s comments confirm that X-Men ‘97 will pick up exactly where its predecessor left off, with the show’s titular superhero team still awaiting Charles’ return. Notably, that detail also opens the door for X-Men ‘97 to spend some time with Professor X while he’s stuck in space away from his fellow mutants on Earth. Doing so would allow the series to explore the usually sturdy X-Men leader in interesting ways.

Even if X-Men ‘97 doesn’t do that, knowing that the series will address the same questions many viewers have been asking for years should appease comic book fans.

The Inverse Analysis — There’s still a lot that has yet to be revealed about X-Men ‘97, and fans will likely have to wait a while before getting any more official announcements about it from Marvel. That said, Lewald’s comments still give comic book readers a much better idea of what to expect from the series, as well as when they should look forward to getting to see it.

Indeed, fans may be only over a year away now from getting the follow-up to X-Men: The Animated Series that they’ve long wanted.

More like this
Entertainment
Feb. 3, 2023
Marvel just revived its primate assassin — What to know about Hit-Monkey
By Mónica Marie Zorrilla
Entertainment
Jan. 25, 2023
The MCU could bring back a hero from its most underrated TV show
By Dais Johnston
Entertainment
Jan. 27, 2023
Doom Patrol and Titans' cancellations mark the end of DC's best era of TV
By Eric Francisco
LEARN SOMETHING NEW EVERY DAY.
Related Tags
Share: