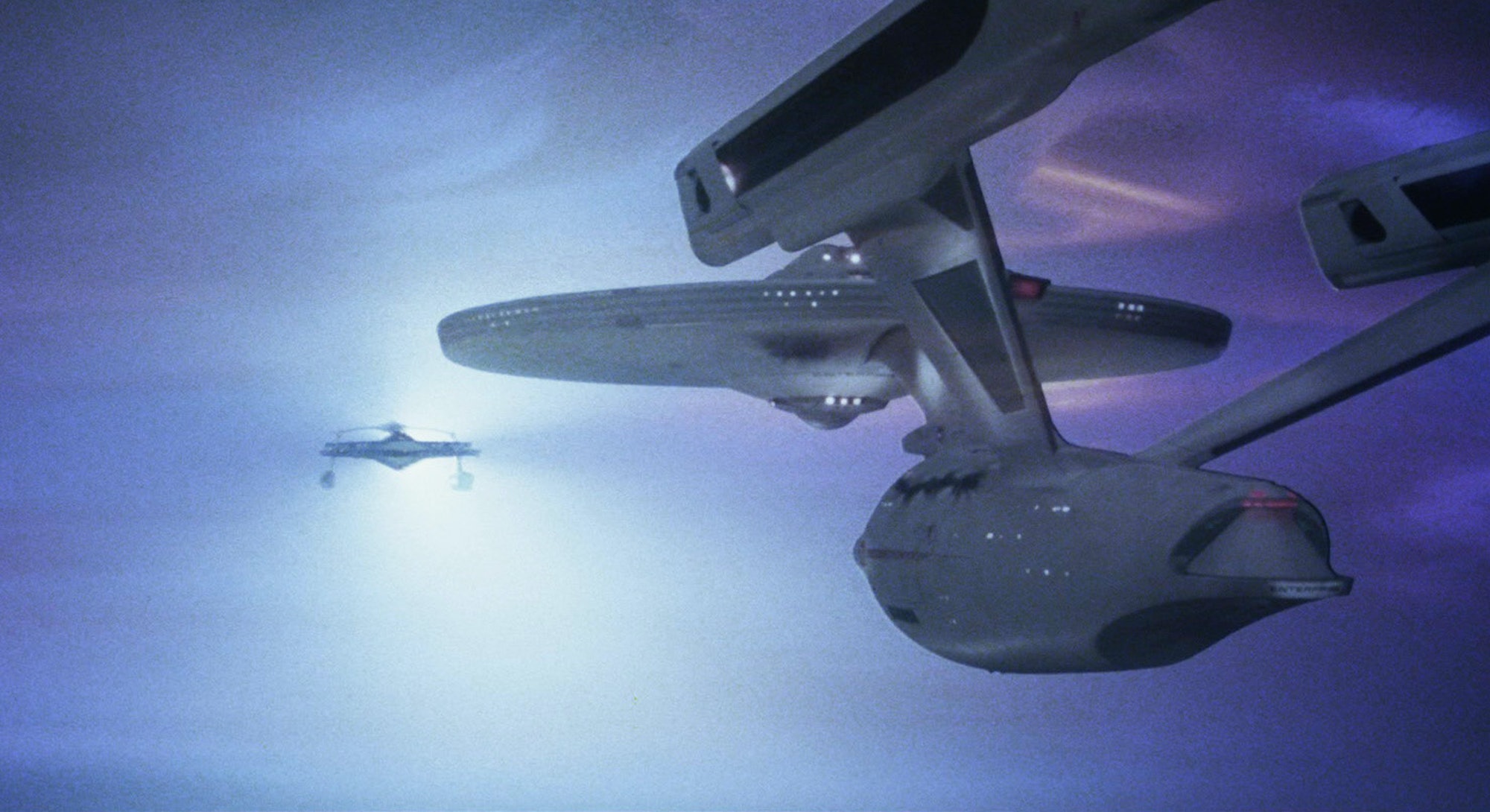 When Admiral James T. Kirk (William Shatner) flips out on Khan (Ricardo Montalbán) in 1982’s Star Trek II: The Wrath of Khan, that famous “KHAAAAAN!!!!!” outburst sets the stage for one of the greatest starship battles in all of science fiction cinema. 40 years ago, moviegoers had never seen anything quite like the climactic ending of The Wrath of Khan. The film changed sci-fi and propelled Star Trek into the mainstream, and much of that enduring legacy is owed to the way the final fight between the Enterprise and the Reliant looks.

“ILM had not done any work outside of films for Spielberg and Lucas.”

Although early scenes from The Wrath of Khan actually feature reused special effects shots of the Enterprise created for 1979’s Star Trek: The Motion Picture, Robert Sallin knew the film needed a new VFX team for some of the heavy lifting later in the film. His “first choice” was Industrial Light and Magic, the now-famous team that was created by George Lucas for Star Wars.

“ILM had not done any work outside of films for Spielberg and Lucas at that point,” Robert Sallin tells me. While researching my new book about the history of Star Trek, Sallin offered me insight into this pivotal moment. Essentially, getting ILM to convert from Star Trek to Star Wars was his idea.

The notion that ILM only worked on Lucasfilm and Spielberg productions seems obvious now. But back in 1981, when The Wrath of Khan was in production, ILM had actually put an ad in film industry trade publications making it clear that they’d work on any movie that needed a lot of visual effects. Sallin was simply the first person to take them up on the offer. He wanted The Wrath of Khan to not only look amazing but to keep its visual effects shots on a very tight budget.

“I gave them a form which detailed every shot that had been attempted,” Sallin says. “That included what percentage of that shot had been completed, and what was anticipated as a completion date, and where we stood on money.”

Sallin says this process, at the time, wasn’t standard at Industrial Light and Magic. In fact, the release of the original Star Wars was delayed specifically because the special effects shots weren’t completed on time. By the ‘80s ILM ran a much tighter ship than they had in 1976, but Sallin’s influence on ILM apparently made them even more efficient. “I’m told they still use this process to this day,” he says.

But what is it that ILM actually brought to The Wrath of Khan? The answer is simple: They defined how Star Trek space battles should look, and why those brawls should not look anything like Star Wars.

In 1982, Sallin made it clear that Starfleet ships “are not highly manageable X-wing fighters.” Instead, the large size of these ships posed a problem. How do you make two giant starships slugging it out look awesome instead of boring? The answer was to put them “in a strikingly different environment.” At the suggestion of art director Mike Minor, the Enterprise and Reliant would have their final battle in a colorful and dynamic nebula.

Because Minor and Sallin wanted to create a compelling environment for the duel with Khan, adding the Mutara Nebula setting completely altered the script. Sallin told producer Harve Bennett that “if we put the ships in the nebula, that means their shields and viewscreens won’t work.”

In the final film, this concept ramps up the tension, because Kirk and the crew are flying blind. This dovetailed with director Nicholas Meyer’s vision for the film, which was to evoke the feeling of “submarine warfare,” something the Trek franchise has done many times since. A recent Strange New Worlds episode, “Memento Mori,” owes more than a little to the space battle in Wrath of Khan.

So even though The Wrath of Khan borrowed ILM from Star Wars, nothing about their space battles are alike. As Nicholas Meyer told me, “People think that Star Wars movies and Star Trek movies are the same, but they’re not.”

There are several reasons this statement is true, but the climactic battle in The Wrath of Khan makes that difference clear. The massive starships of Star Trek might not have the dogfighting ability of Star Wars, but The Wrath of Khan was playing a different game all along. By bringing Industrial Light and Magic over to the final frontier, an entirely new world of VFX was created. Science fiction movies were never the same again.

You can watch The Wrath of Khan on Paramount+.