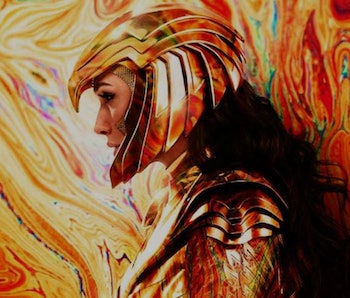 Wonder Woman 1984’s release date has been pushed back several times due to the global pandemic, but quite a few leaks have made it online. One such leak revealed Kristen Wiig’s full transformation from Dr. Barbara Ann Minerva into the villainous Cheetah. While the film’s official photos and trailer depict Cheetah as Wonder Woman’s primary antagonist, the latest Wonder Woman 1984 leak hints at a far bigger threat.

Warning! Spoilers ahead for Wonder Woman 1984.

In both official previews and unofficial leaks for WW84, a laser focus on Cheetah and the mysterious return of Steve Trevor has allowed Maxwell Lord to fly under the radar. Whenever he is mentioned, it’s typically in reference to Pedro Pascal’s transformation into the corporate con-man. What Max was up to and how he’d connect to the main plot of the Wonder Woman sequel has remained a mystery. Until now.

A leak from the Wonder Woman 1984 junior novelization (via Screen Rant) reveals Maxwell Lord will play a much more threatening role than that of Cheetah. According to the novelization, Max will get his hands on the Dreamstone, an ancient artifact capable of making any wish come true.

Knowing exactly what the Dreamstone can do and hoping to save his failing business, Max makes a wish to acquire the abilities of the Dreamstone itself. Max then uses the combination of his newfound powers with that of his charm to manipulate conversations, nudging people to make wishes that he wants them to make, all in service of his own plans. Naturally, things take a dark turn when the president wishes for more nuclear weapons nearer to Russia.

In the comics, Max is a pretty dangerous supervillain who’s distrustful of the government and superheroes. As an influential businessman, Max has the money and power to do as he pleases and has even transformed humans into cyborgs that are programmed to hunt and kill superheroes. Perhaps what truly makes him a formidable villain is his ability to telepathically persuade people to do whatever he wants.

Max is even able to influence Superman during the “Infinite Crisis” storyline, convincing him that Wonder Woman is the enemy. The point of Max’s plans was to ultimately show the world that superheroes couldn’t be trusted if they were so easily swayed. What’s more, Max asks Wonder Woman to kill him and broadcasts his death at her hands, ruining her heroic reputation.

The Inverse Analysis — Max’s possession of the Dreamstone in Wonder Woman 1984 is a more grounded reimagining of the character’s comics backstory. It seems he'll be the big bad that Wonder Woman must take down. His psychic manipulations can only go unnoticed for so long before the Themysciran warrior takes action to stop him.

What’s more, Max and Cheetah seem inextricably linked by the Dreamstone, which is also rumored to give Cheetah her powers in the film. It’s possible that they'll team up against Wonder Woman. Conversely, it’s possible that Max will use his own manipulative abilities to convince Cheetah to attack Wonder Woman to distract from his plans. How it’ll all come together is unclear, but Max’s powers are undoubtedly an exciting and unexpected addition to the plot of Wonder Woman 1984.

Wonder Woman 1984 is scheduled to hit theaters on October 2.