Fox's Wolverine trilogy reveals what the MCU is sorely missing 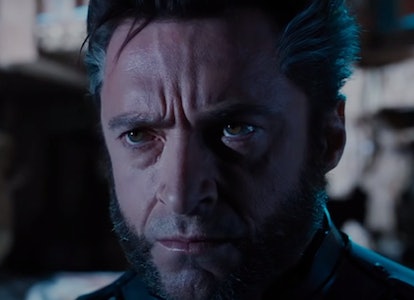 I’m not proud of the fact that I’m a X-Men novice. I know the broad strokes, I’ve seen all the “core” movies, but the lore has just never interested me. It’s always been my scarlet letter as a MCU fan, but luckily the two streams rarely crossed. I could hide my secret shame.

The MCU is flirting with introducing the X-Men into continuity. With Disney’s purchase of Fox in 2019, it’s been a possibility for a while. But with the introduction of Monica Rambeau’s possibly mutant powers in WandaVision and a mysterious voice in the Doctor Strange in the Multiverse of Madness trailer that sounds a whole heck of a lot like Charles Xavier, the debut may be imminent.

I decided to dive headfirst into the X-Men stories I’ve missed out on: The Wolverine trilogy of X-Men Origins: Wolverine, The Wolverine, and Logan. What I found was not some B-movie spinoffs, but trial-and-error attempts to define a Marvel movie outside the MCU that stumbled onto gold.

“Comic book movies” have almost become synonymous with “MCU movies,” but the Wolverine trilogy is arguably more comic book-like than any MCU movie could hope to be. First, there’s the origin story of X-Men Origins: Wolverine, a prequel so universally abhorred it stalled an entire X-Men franchise and led to a Deadpool mid-credits scene retconning it. More than a decade later, this movie feels like watching an unaired pilot of a beloved series. Everything is there: Logan, his powers, Weapon X, Wade Wilson, but it feels so... off.

There’s a reason comic books tell multiple origin stories. Sometimes, you try to establish one and it just doesn’t line up with what comes later. In the MCU, everything is so meticulously planned out for years in advance that there’s no opportunity for an “alternate history” beyond the multiverse. For all its flaws, the Wolverine movies weren’t afraid to make mistakes and blatantly ignore them later.

2013’s The Wolverine is probably the most “comic book” movie of the bunch. While massive crossover comic events are what usually get adapted for the big screen, the bread and butter of the comics industry are one-off runs that see a singular character taking on a new foe before emerging triumphant but unchanged.

The Wolverine follows Logan on a trip to Japan to track down an old friend looking to thank him for saving his life by taking away his “curse of immortality.” James Mangold crafts a story of Yakuza gangsters, shady business dealings, and inside jobs combined with action set pieces that bring to mind masterpieces like Oldboy. Fight on a bullet train? Why not!

In watching The Wolverine in 2022, I was wracking my brain for an equivalent MCU property. But every single MCU adventure sees the hero adopt a new look, form, or power. There’s nothing wrong with that approach, but the only thing Logan gains from this adventure is an appreciation for his powers and closure regarding his lost love, both of which are internal resolutions that wouldn’t be obvious to anyone watching his next appearances.

Finally, there’s the cinematic behemoth that is Logan. Logan changed X-Men movies, painting a future where mutants have “gone the way of polio” and a 90-year-old Charles Xavier is considered a weapon of mass destruction.

Structured as, essentially, True Grit with mutants, Logan not only allowed some much-needed worldbuilding that, like the MCU, went further ahead than reality, it gave a tragic and wonderful signoff for Wolverine that Avengers: Endgame would seethe in envy at.

Logan is the culmination of years of experimentation as to what makes a standalone X-Men movie work, and each of these three films does something Marvel movies can’t: Reflect the complicated, messy, history of comics instead of just running another movie off the franchise assembly line.

Maybe the (relative) success of these movies are enough to prove that taking risks and creating standalone adventures is the best way to accurately create a “comic book movie.”