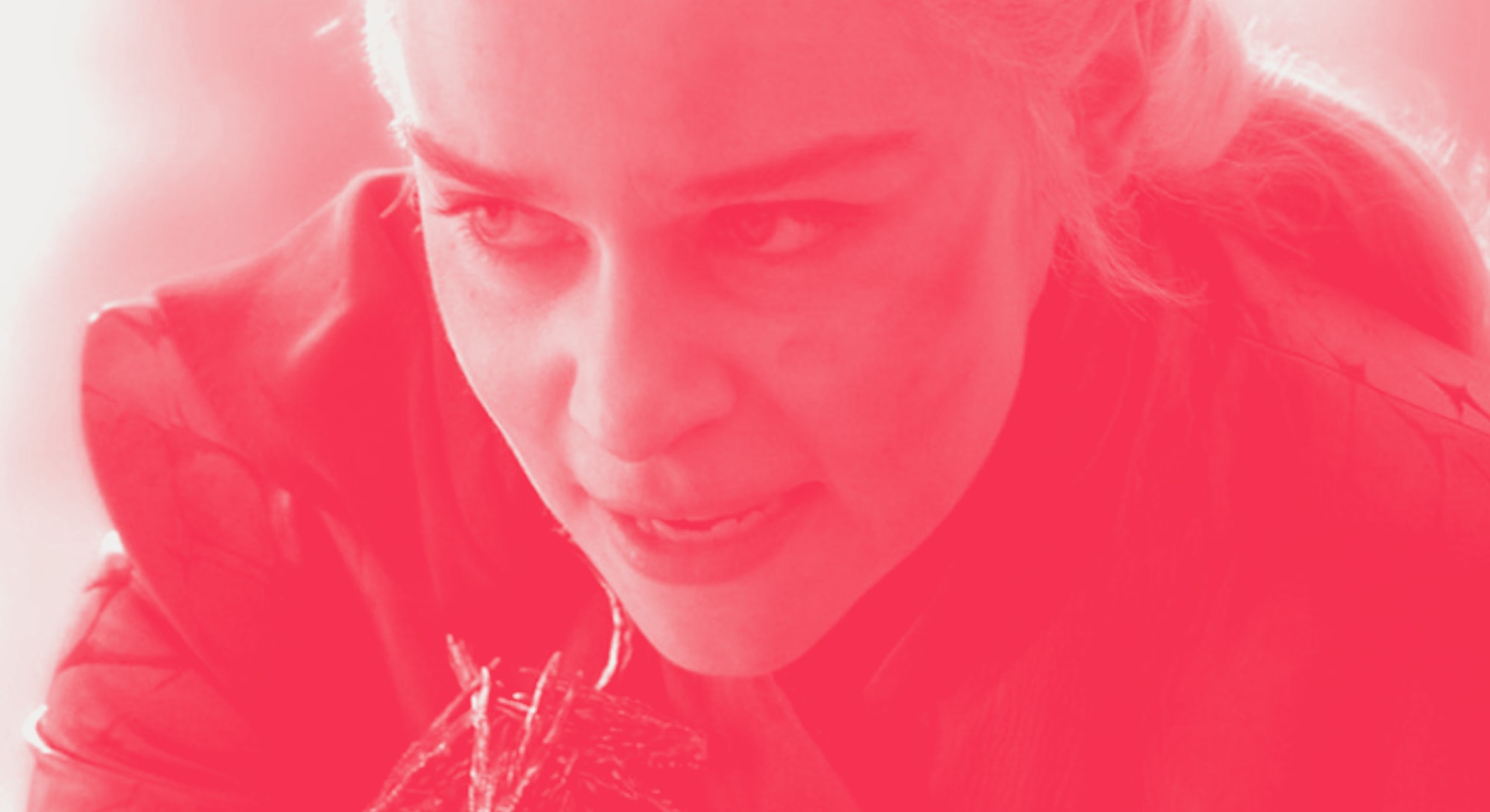 Alright, let’s be honest. Daenerys Targaryen’s shocking turn toward madness in “The Bells,” the second-to-last episode of Game of Thrones Season 8, didn’t make much sense.

Her decision to burn down King’s Landing after already winning the battle was shocking, an unconvincing turn for a queen who had always freed slaves and protected the innocent. There were, at best, mere hints that she could do something so terrible. To many viewers, it seemed to come out of nowhere.

The failure of this pivotal moment comes back to the core problem of Game of Thrones’ last few seasons: they were jagged, rushed, and prioritized plot over character development. To the extent that the show’s climax worked at all, it’s because the big emotional moments rely on what we learned about the characters over eight seasons. Daenerys’s heel turn just didn’t seem to fit.

It didn’t have to be that way, and if Daenerys does burn down King’s Landing in George R.R. Martin’s books, it’s likely to be a lot more convincing. The seeds for Daenerys’s decision have always been there, but the show didn’t nurture them.

It’s impossible to say for certain what The Winds of Winter and A Dream of Spring will bring, but we know that Martin gave the Game of Thrones crew a loose outline of major plot points. Dany’s big twist ending likely came from him. And even though her actions weren’t very convincing in the show, the books will handle things differently. In fact, they’ve already laid the groundwork that makes Daenerys’s decision to burn King’s Landing believable, understandable — even inevitable.

Daenerys has always had a very black and white sense of justice, and a single-minded belief in her purpose in the world. She is the Mother of Dragons, the breaker of chains, destined to liberate Westeros from the traitors who killed her father. This is the core of her identity, in both the show and the books. But this identity is sorely tested during her rule in Meereen. And it will break entirely when she comes to Westeros.

As the show ineffectively portrays, Dany’s unforgiving justice wins her few friends. She realizes she will never be seen as a liberator, not even after she literally saves the world. With that identity torn from her, there’s nothing left for her to do but give in to her darkest Targaryen impulses.

Game of Thrones doesn’t do a great job of setting this up. The biggest factor missing from the show that would explain Dany’s final actions is Aegon VI Targaryen, alias “Young Griff.” Tyrion meets Young Griff in A Dance With Dragons and soon discovers that the young man is, or seems to be, Aegon–who was supposedly killed as a child when the Lannisters sacked King’s Landing. He learns that Varys spirited the real Aegon out of King’s Landing and groomed him for years with the skills he’d need to become a fair and just king.

Young Griff may not have dragons, and he may not even be a real Targaryen, but he was trained to rule. By the end of the book, Aegon has launched an invasion of Westeros, with the Golden Company at his back and Varys’s implicit support.

In the show, Daenerys invaded a Westeros exhausted by years of war. The North was still in rebellion and the South languished under Queen Cersei’s hateful rule. Daenerys expected the people to rise up to support her cause. They did not.

In the books, Daenerys hasn’t returned to Westeros yet, but Aegon is already stomping around in the Stormlands, implicitly claiming the mantle of “liberator” long before she arrives. If he actually is a real Targaryen, he has a better claim to the throne than she does. He hasn’t burned any cities down and he beat her to the punch. When Daenerys finally arrives, she will be seen even more as a conquering tyrant from the east, her conquest fueled by weapons of mass destruction.

The show’s most convincing foreshadowing for Daenerys’s turn was her realization that she would never be accepted in Westeros, at least not with the trueborn, Westeros-raised Targaryen Jon Snow around. She would always be seen as a conqueror. But it never entirely made sense: Even by the second-to-last episode, it seemed like Dany could still patch things up with Jon, despite her increasing paranoia. They could have ruled the Seven Kingdoms together.

The presence of Aegon leaves much less room for Daenerys. If he’s already well on his way to conquering/liberating Westeros by the time she gets there… why would anyone welcome her? They will treat her like a tyrant, and thus she will become one.

The Khaleesi and the Dothraki

Game of Thrones spent a ton of time introducing viewers to the Dothraki culture and letting them know how Daenerys changed it. That’s why it’s so surprising that the Dothraki largely faded into the background once their Khaleesi actually launched her invasion of Westeros. The cornerstone of her army was a massive horde of nomadic steppe cavalry with a penchant for looting and pillaging.

In the show, the Dothraki simply got to Westeros, helped out in some battles, joined the fight against the Night King up north, took some heavy losses in Winterfell, then packed up and left after the war. It’s not going to be so easy in the books. The Dothraki are the most fearsome fighting force in the world. Daenerys has influence over them, but not total control, and they’re not just invading Westeros because they love and respect her. That’s part of it, but they also want spoils, and they’ll take them, in an incredibly violent and brutal way.

The Unsullied aren’t terribly merciful either. Daenerys is not simply launching a surgical strike on King’s Landing and taking over the throne; she’s leading a full-on invasion. The Dothraki will sack castles and cities and terrorize the smallfolk from the moment they arrive, and that will win her few friends.

Daenerys and the Meereenese Knot

To many fans’ chagrin, Daenerys spends almost all of A Dance With Dragons in Meereen in Slaver’s Bay. At first, it seems like she’s using the experience to learn how to rule, to practice in a single city what she will one day do in all of Westeros. The show shortens and simplifies her time there, ending it with a decisive military victory on her part.

In the books, it’s much more complicated. She may be learning how to rule, but she’s also learning that power can be deeply entrenched, that the people can hate her for doing what she believes is the right thing, that trying to fix things often made them worse. Literally and symbolically, she locks away her dragons and her Targaryen nature but finds that no matter what she does, she can only change so much. She tries to change the city’s power structures, and then to work with them.

Neither works very well, and it’s only at the very end of A Dance with Dragons that she takes a different route. With the people rising up against her and threatening her life, Drogon finally returns, and the power of a dragon makes all the difference. Before she flies off at the end of Dance, Daenerys is beginning to realize that she can’t win Meereen’s love by compassion or respect by good governance. She can only rule them with violence. This is the ultimate foreshadowing of what Daenerys will do in King’s Landing.

Why does Daenerys burn King’s Landing?

Daenerys has always devastated those who resist her, but it was easy to justify in Slaver’s Bay. She was a liberator. But in Westeros, her enemies will simply be lords faithful to the existing order: proud, violent, but loyal knights like Randyll Tarly.

Daenerys won’t see it that way. She has never been to Westeros, and her sense of it is distorted. She sees it as a land filled with traitors who helped Robert Baratheon overthrow the rightful rulers. But the reality is far more complicated and gray. Robert’s Rebellion began in the first place because Daenerys’s father became so paranoid that he perceived any dissent as a threat to his rule. Daenerys has more noble principles, but she is just as unflinching in her conviction.

If Daenerys arrives in Westeros and treats all those who resist her as implacable enemies and traitors, while Aegon VI is building support across the countryside, she will never be seen as a liberator. Even though Daenerys and her dragons are sure to play a pivotal role in the fight against the White Walkers, whatever form that war takes in the books, it will be too late. By that point, Westeros will likely have turned completely against her. She will have the choice between living in Jon and potentially Aegon’s shadow, an exotic foreigner hated by most of those she rules, or giving into her own worst instincts.

When Daenerys burns King’s Landing, she isn’t going mad, not really. She is giving up on her lifelong dream, accepting that she will always be hated, and simply choosing to destroy her enemies instead, to cow them into permanent submission the way Aegon the Conqueror once did. In her own eyes, she is simply deciding to rule the only way she can, the only way she can overshadow Jon and everyone else: by fire and blood.