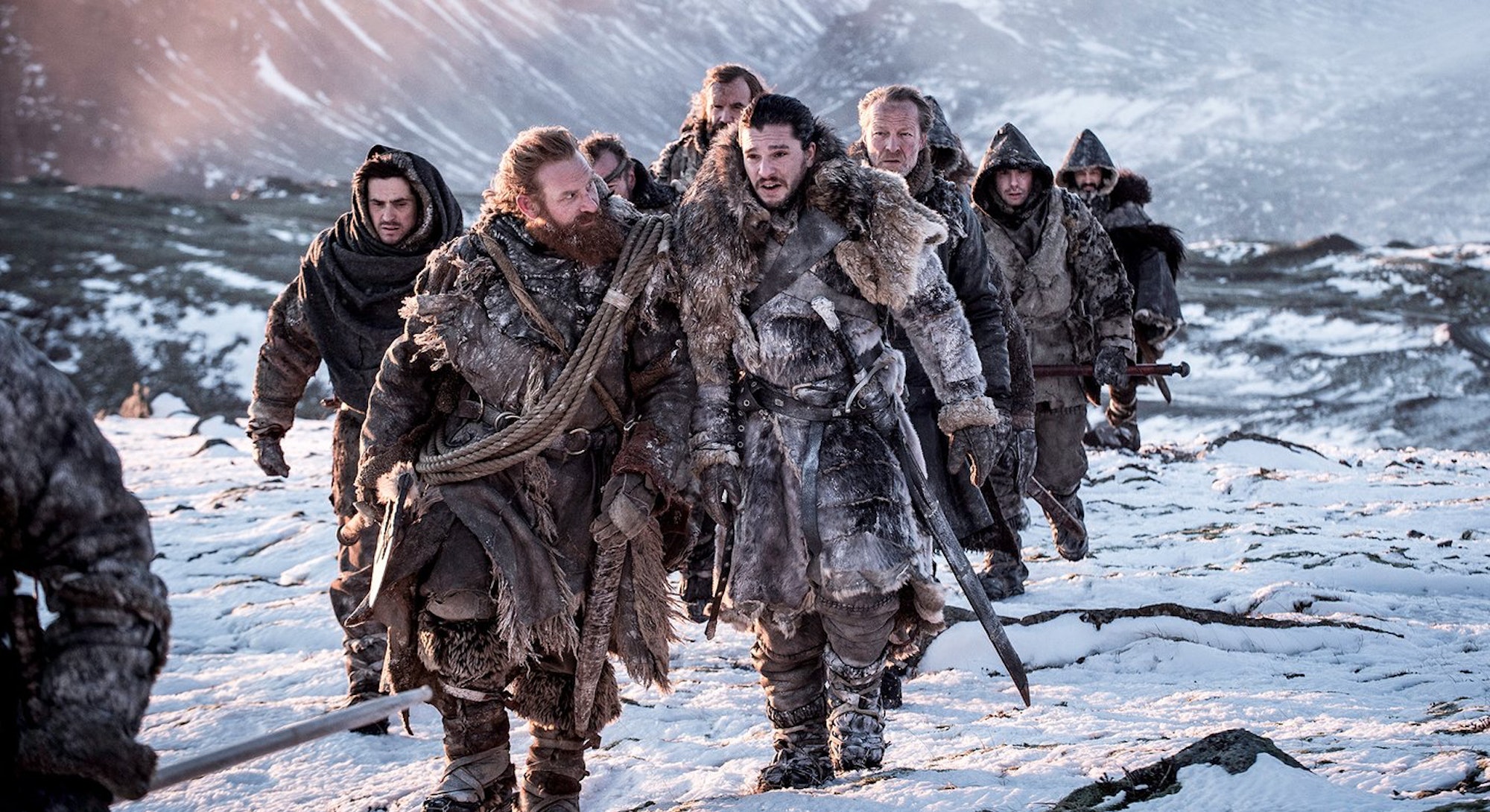 George R.R. Martin has spent the majority of the year writing The Winds of Winter.

The sixth installment of Martin’s A Song of Ice and Fire series has been delayed several times over the last few years, but the author seems to be making great strides. If all goes well, The Winds of Winter is expected to be completed at some point in 2021. That said, a release date has not been confirmed and the novel’s publication will depend on the length of the novel and the editing process.

Game of Thrones ended its eight-season run on HBO last year and with no new content, there has been plenty of time to revisit some of the storylines that were unresolved or never addressed. In the series, Gendry was a prominent character for the first few seasons until he went rowing in the third season and didn’t return until Season 7.

Gendry first learned he was Robert Baratheon’s son from Melisandre, the red witch who needed Gendry’s blood for a spell that would aid in his uncle Stannis’ quest for the Iron Throne. Melisandre was convinced that Stannis was the Prince That Was Promised, but there's a chance she had the wrong Baratheon all along.

Season 8 ended with the blacksmith becoming the lord of Storm's End, the Baratheon's ancestral home. (He also asked Arya Stark to be his lady after the pair hooked up, but she declined the offer.) While Gendry did pretty well for himself, his ending wasn't exactly as eventful as fans expected it to be, especially considering all the fanfare about his being Robert's son.

In the books, Gendry is still unaware that he is Robert’s bastard son and that he has a claim to the Iron Throne if legitimized. What’s more, Gendry’s arc didn’t hit a dead end and is wildly different from the way it played out in Game of Thrones. We know that Martin’s storytelling often avoids obvious narrative avenues and The Winds of Winter may go all-in to reveal Gendry as the Prince That Was Promised.

First thing’s first. Gendry is not very keen on becoming royalty and has never expressed any interest in fighting for the Iron Throne (unlike both his uncles). However, the blacksmith is noble at heart. The fact that he can also forge his own swords gives him an advantage among his comrades.

If we take a step back to assess Gendry’s story, it draws similarities to that of the biblical story of Moses, an adopted prince who is (at first) unaware of his Hebrew heritage and returns to Egypt to free his people at God’s behest. Cersei, like the ancient pharaoh, orders her men to find and kill all of Robert’s bastard children. Gendry survives, rescued by Varys, the master of whispers, and sent away from King’s Landing without any knowledge of his royal lineage.

Gendry is still very much a secondary character and none of the books’ passages contain his point of view. That said, the ignorance of Gendry’s true identity and his meager upbringing could result in his rise as a legendary hero. The best ones have always been the most unassuming and Gendry fits that description to a tee. There has to be a reason that the blacksmith is still in the dark about who he is. Once he finds out, it could change everything about his journey and the future of Westeros.

In Game of Thrones, Gendry doesn’t hesitate to join Daenerys Targaryen’s fight for the Iron Throne and aided in the Battle of Winterfell against the Night King and his White Walker army. Book Gendry has yet to make it back to King’s Landing, but he does join the brotherhood without banners, a group of outlaws who protect locals from the Lannister army, as their blacksmith.

“When the red star bleeds and the darkness gathers, Azor Ahai shall be born again amidst smoke and salt.” —Melisandre, A Storm of Swords

He is also knighted by the brotherhood’s leader and becomes a believer in the Lord of Light, forging his own path as a loyal protector. Gendry’s abandonment of the Faith of the Seven puts him directly in the path of Melisandre, who serves the Lord of Light and is a firm believer that the Prince That Was Promised will deliver the world from darkness.

Gendry, the Prince That Was Promised

The Prince That Was Promised is an oft-referenced prophecy throughout the show and the books. The thousands-year-old prophecy foretells of a leader who will bring the world out of darkness, which could be referring to the arrival of the White Walkers (aka, the Others). However, the legend keeps things vague and it’s difficult to ascertain what the darkness fully entails.

That said, Melisandre believes the prince is none other than Stannis Baratheon while Maester Aemon was under the impression that the prince was Rhaegar Targaryen, who himself was convinced the legend referred to his son Aegon. It’s complicated and there is a lot of competition. Of course, prophecies are tricky and the idea of the legendary hero (if taken literally) hinges on a distinctive birthright.

It can be argued that Gendry, having been born near the sea and amongst the forge’s embers, fits the description of the prince. Plus, there has to be a reason Martin has kept him around for so long considering how many other (arguably more important) characters there are. Could Gendry swoop in as Westeros’ next savior in The Winds of Winter?

His growing closeness and knowledge of the Lord of Light certainly points him in that direction. The guy is also a blacksmith and can literally pull a sword from fire. The Azor Ahai prophecy, which has been used interchangeably with the Prince That Was Promised, suggests as much. If Melisandre ever learns about Gendry’s lineage, she could abandon Stannis altogether in favor of his nephew (but only so long as the Lord of Light commands it).

Fans have speculated that the Prince That Was Promised could be Jon Snow or Daenerys Targaryen. They’re not bad options considering their histories and ambitions, but they might be too obvious of a choice. Gendry, on the other hand, makes more sense because he wasn’t raised with any royal titles and even stumbles when he realizes Arya is of noble blood. He’s simply a regular Joe (Dempsie, the actor who plays Gendry in Game of Thrones).

Ultimately, the shoe fits and it’s possible that Gendry will learn he is Robert’s son at the same time he realizes his destiny as a legendary hero. It would be an exciting twist to an otherwise straightforward prophecy. Whatever happens, The Winds of Winter will likely turn Gendry’s world upside down in more ways than one.