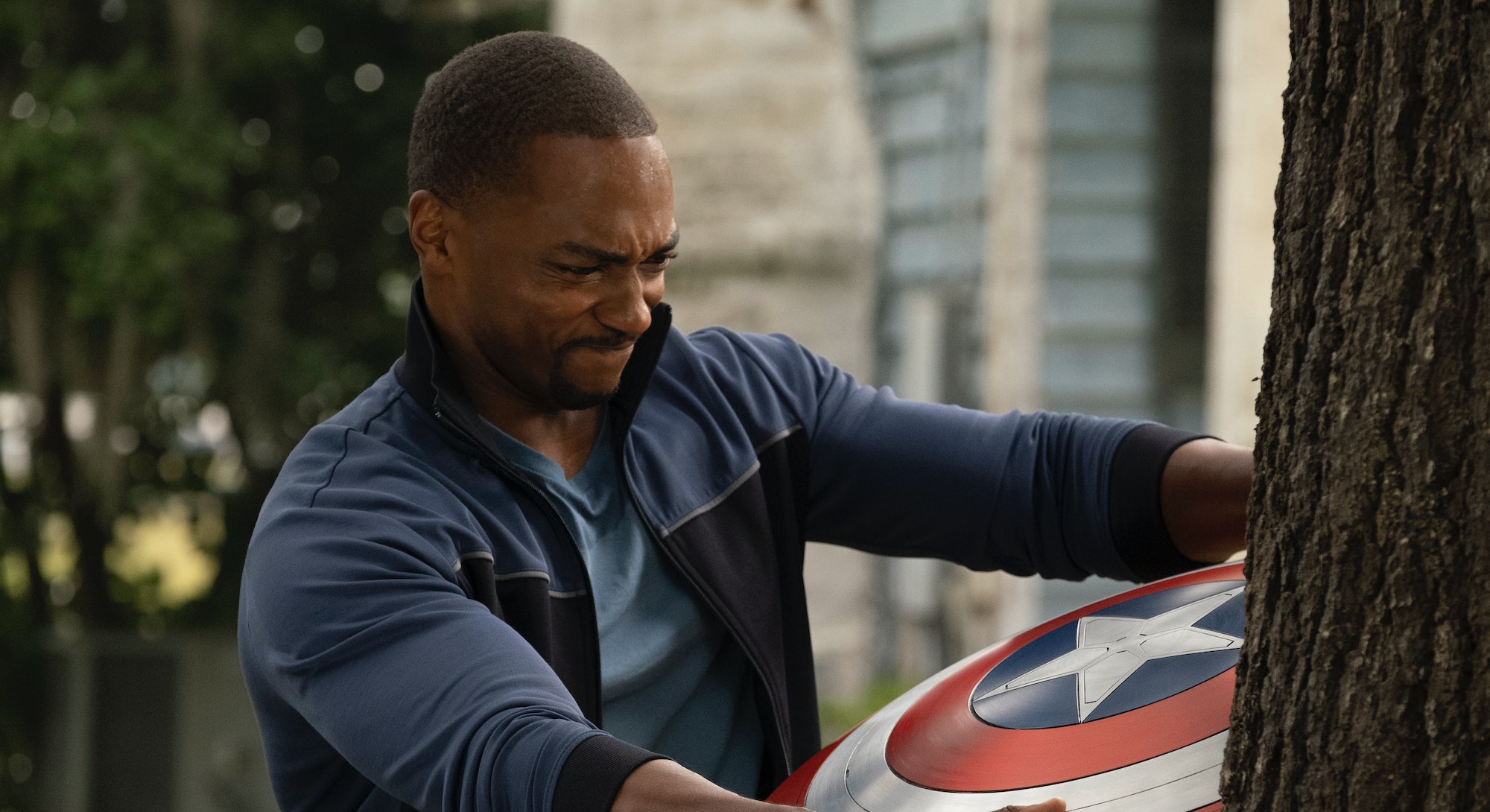 The shield of Captain America belonged to Steve Rogers for years, but even Steve didn’t know the full might of what it took to create.

At the end of Avengers: Endgame, Steve gave the shield to his pal Sam Wilson (Anthony Mackie), believing Sam worthy of the role. (Spoilers: Steve was right.) But Steve’s other pal, Bucky Barnes (Sebastian Stan) merely observed from afar, his only voice in the matter being a small nod of approval.

Why Steve chose Sam over Bucky was a question fans of the Marvel Cinematic Universe asked themselves for two years. Both Sam and Bucky have taken up the mantle of Captain America in the comics, both in the absence of Steve Rogers. But while both the directors of Endgame and Sebastian Stan himself offered their own insight, the Disney+ series The Falcon and the Winter Soldier Episode 5 finally exposed a truth about Captain America in all its uncomfortable, racist ugliness.

While the story of The Falcon and the Winter Soldier probably wasn’t drafted until after Avengers: Endgame — whose screenwriters even admitted they did consider Bucky to take the shield instead — the MCU has chosen a path of most resistance. In rooting the image of Captain America on the sacrifices of Black bodies, Marvel makes its most salient point about not just superheroes, but truths we only tell ourselves are self-evident (and rarely uphold). It’s a point the MCU can make with Sam Wilson, not Bucky Barnes.

Sam becoming Captain America isn’t simply a matter of Sam being better suited morally than Bucky (who has a history of HYDRA-assigned assassinations as the Winter Soldier). It’s that Sam, as a Black man, is fundamentally and righteously capable of correcting the reprehensible, unknown history of Captain America. A metaphor for America itself, Captain America wasn’t a wonder of science but state-sanctioned murder in which Black men were expended to perfect the serum in secret. Neither Steve nor Bucky knew this about Captain America. That’s precisely why Sam Wilson has to be Captain America.

“Them stars and stripes don’t mean nothing good to me.”

In The Falcon and the Winter Soldier, Isaiah Bradley (Carl Lumbly) lives as the forgotten cost of the Super Soldier Serum. In an adaptation of the Marvel Comics limited series Truth: Red, White, and Black from 2003, the truth of Captain America is that Steve Rogers was not the only Super Soldier. Not long after Steve went in the ice, hundreds of enlisted Black soldiers — soldiers like Isaiah — were subject to serum injections disguised as tetanus shots. The only survivor was Isaiah, who spent 30 years being poked and prodded “trying to figure out why the serum worked” while languishing in a jail cell.

For most of the world, the story of Captain America is an inspiring underdog dream memorialized in museums. He’s the literal face of public service announcements in schools. But for Isaiah Bradley, Captain America is a nightmare, a reminder of a hell where Isaiah suffers alone. “You think I wouldn’t be dead in a day if you brought me out?” challenges Isaiah, when Sam suggests going public. For Isaiah, no justice can be achieved because justice simply does not exist. Or, as Isaiah tells Sam, “Them stars and stripes don’t mean nothing good to me.”

But Sam exists. Throughout The Falcon and the Winter Soldier, Sam felt unworthy of being Captain America, hence his willing surrender of the shield. That the government crowned John Walker (Wyatt Russell) as a new Captain America — an individual Steve Rogers never knew, and selected based on Walker’s physical abilities, military record, and let’s face it, his looks — isn’t merely betrayal to Sam and Steve’s wishes. It’s typical. Despite the wishes of both Sam and Steve himself, America chose a Captain America in an effort to maintain America’s supremacy. (Hey, there’s that word again.)

When Steve gave Sam the shield, Sam felt the shield belonged to someone else. Steve said only two words that took all of The Falcon and the Winter Soldier for Sam to realize: “It isn’t.”

The Falcon and the Winter Soldier streams new episodes Fridays on Disney+.