“These are movies for kids.” 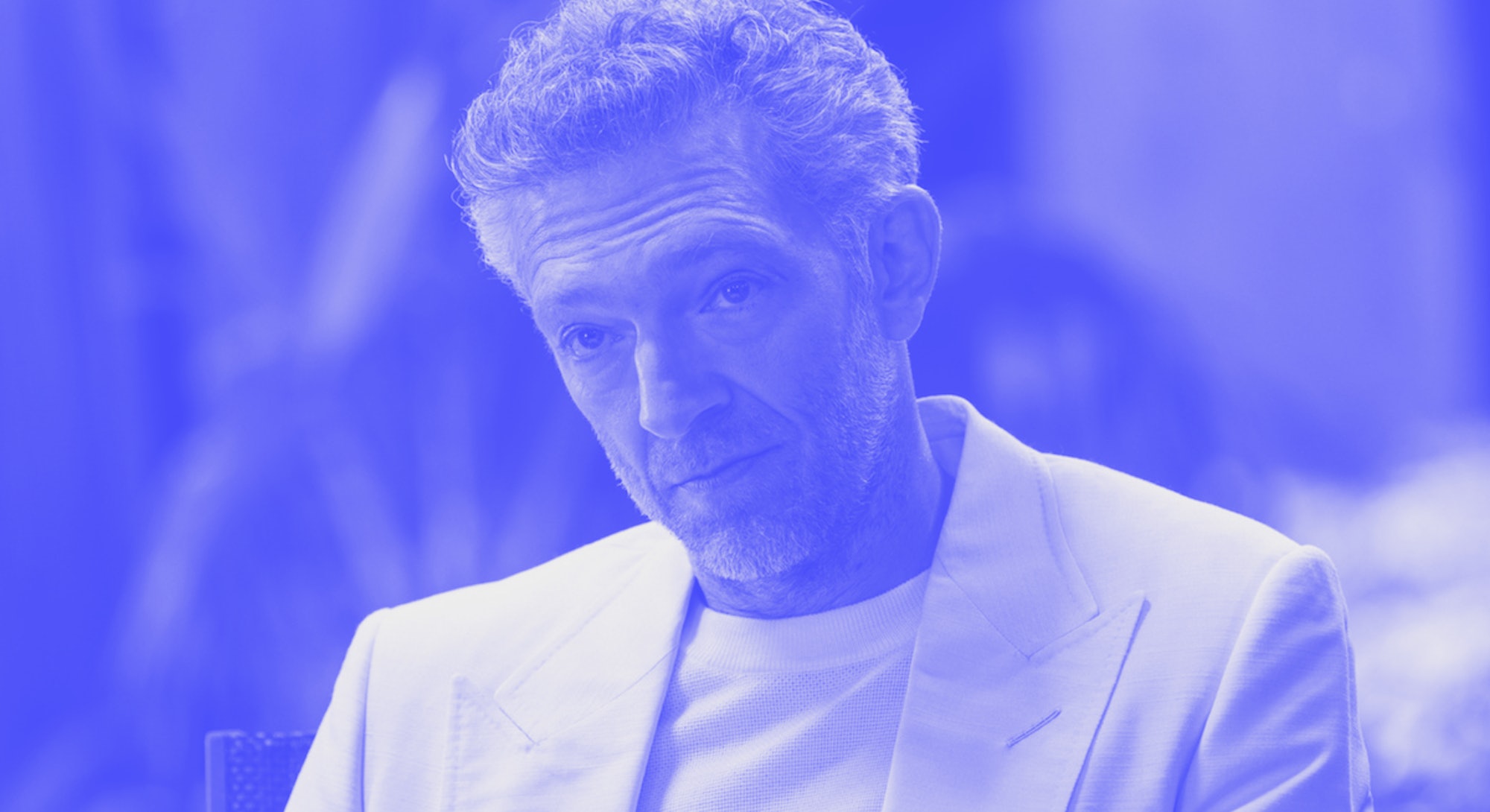 Vincent Cassel has been one of the toughest French guys in Hollywood ever since his breakout performance in the 1995 cult classic La Haine. So why hasn't he made the transition to superhero (or villain) like everyone else?

If you watched Westworld Season 3, you know Cassel was practically born to play a supervillain. Everything from his accent to his angular face to his salt-and-pepper hair seems to suggest he's minutes away from punching Captain Americain the face or trapping Batman in an overly complicated cage. But when asked if he'd consider a role in Marvel or DC's cinematic universes, Cassel tells Inverse he's actively avoided just that kind of role.

"Honestly, these are not movie movies I watch anymore," he says. "The few approaches that I had, I felt like it would have been a long time commitment for something that I wouldn't even watch to the end."

Of course, we talked about Westworld too, along with some of Cassel's most memorable roles, and the unexpected direction his career could take next.

"Westworld was my first TV show," he says. "but I realized that it's a really interesting medium. I've been approached for something else that sounds really good."

The following interview has been edited for brevity and clarity. Spoilers ahead for Westworld Season 3.

In the last episode of Westworld Season 3, we find out your character Serac is being controlled by a computer. When did you know about that plot twist?

When I read it, actually. I didn't know before they sent me the last scripts. I had no idea.

So when you were filming the season you didn't know?

When you found out, did you change your performance at all in the last episode?

No. The way it's put together, it fits what I did in the beginning. He's always very calm. He's here, he's not. You ask yourself if he's real or not anyways throughout the whole season.

So it adds a layer to that. He's real, but something that he created dictates his thoughts and the best way to put them together.

In another recent interview, you said there was a bunch of Serac's story that didn't get told in Westworld Season 3. Can you tell me any of the interesting stuff that got cut?

I can't really, but what I can tell you is that when they hired me they told me an arc of the whole character: where he comes from, what are his motivations, and what are his dreams. And the dreams that they told me about are bigger than what we saw.

“The dreams that they told me about are bigger than what we saw.”

I know they keep on writing throughout the whole season so I have no idea if it's the end of the character or maybe he'll come back in two seasons. I have no idea. But yes, they told me more than what I did in the show.

You were a fan of Westworld before you joined Season 3. What was your favorite part of the show?

Well, I was attracted to the show because I saw the original movie when it came out. I could relate to a childhood memory. And then, what I liked the most about the show is the whole universe, how they render this future without being tacky. Also, the multi-layered aspect of the show. The whole mindfuck that goes with it. The world-building.

Even sometimes when you get lost, they still manage to keep you interested in the way it's made.

If Westworld was real and you could upload your brain into a Host and live forever, would you do it?

Well, I would say people do this already. We change bits and pieces of our bodies when we need to live longer. Think about a heart transplant or whatever you can have nowadays. They do prosthetics with chrome and cobalt, very high tech stuff. Some leg prosthetics are intelligent so they can imitate a walking person. We are doing it and we will do it more and more.

They plug things into people's brains so blind people can start to see, or eventually, you can have a microphone that resonates through your skull so if you're deaf you can still hear. These are already things that people are adding nowadays.

If we can live longer and still jump around and think faster and not lose our consciousness. I guess we'll do it. Yes, I think I would.

Your first big breakthrough was La Haine, a movie about troubled youth living outside Paris that still feels relevant today. Why do you think that movie still works 25 years later?

Because it tells the story of David and Goliath. It's the poor kids from the streets fighting against the government and then the military. These kinds of stories always work and never get old.

The movie is made with such style. The dialogue is constructed as a neorealism Italian comedy, like Big Deal on Madonna Street. It's almost like a comedy throughout the movie, but it's a dramatic movie. It tickles you, tickles you, tickles you, and then it slaps you really hard in the face. That recipe still works today.

When you were making La Haine, did you realize it would have such an impact?

You also starred in Gaspar Noé's 2002 film Irréversible. Did you see his latest movie, Climax? And would you work with him again?

I would love to work with Gaspar again, definitely. He's still a friend. I keep in touch with him all the time, and I have a lot of admiration for him. He's one of the most talented and purest talents in modern cinema. You like it or you don't, but you never forget about it.

Your character in Westworld was basically a supervillain. Would you ever play a similar role in a big superhero movie for Marvel or DC?

Honestly, these are not movie movies I watch anymore. When they came up with the technology and the fact that suddenly Iron Man or Spider-Man could look real and not tacky in the special effects, I was interested. Then, it became normal.

I was a big fan of the comics at the time when I was a kid. Nowadays, I think these are movies for kids, really. And even though I still have a part of me who's a kid, I would say no. I wouldn't watch it.

Maybe if you had a great villain and it's done with by somebody who's really intelligent and talented enough to give it a twist so it doesn't look like a movie for kids, then maybe I would do it. But otherwise, no. The few approaches that I had, I felt like it would have been a long time commitment for something that I wouldn't even watch to the end.

So you've been offered a few roles like that before? Can you tell me what movie?

Yeah, I understand. So, you have your own production company. Is there anything else you're working on you can tell me about right now?

Honestly, I've been closed in the house for two months. Right now, I have nothing close enough that I can talk about, but I will say that I might go back into television. Westworld was my first TV show, but I realized that it's a really interesting medium. I've been approached for something else that sounds really good. So maybe I'll get involved with that.

Speaking of TV, now that Westworld Season 3 is finished and we've all seen it, how do you feel about the experience? And how has it been seeing people react to the finale?

Obviously, the problem is that when you're part of it, you can't really watch it for what it is, ever. That's the price to pay. From an actor's point of view, I thought it was incredible, but I need to watch it again to really have a closer look.

As for fan reactions, I've read some really good stuff that people were still amazed by the way it looked and that vision of the future that resonates with our times. And then, I think some people thought it was too complicated and not for them.

The truth is, it's a pretty adult show. That's the truth.